Animals have often been related to different symbolism and mystic powers. They have been used as protectors and totems for centuries, and people relied on their mystic powers to help them in various life situations.

These powers and traits help people understand themselves better and understand their nature for what it really is. Fox has especially been an animal in which many people had interest. Its intelligence and guile has always been interesting to people and it ceases to be so even today.

In cartoons and movies, fox is an animal that is clever, quick and cunning. It is not always represented in positive light but it definitely has some admirable traits. We will explain more about fox as a totem and more about its spiritual meaning.

Agile – Foxes are extremely agile. They are fast, good at jumping and avoiding obstacles. In risky situations, foxes can escape almost every dangerous threat without being caught. They don’t have a lot of predators. Foxes also live in various living conditions and they can outsmart almost any other animal.

Sometimes it is not easy to find food, especially during winter time or extreme drought, so they need to be very agile in order to catch their prey. Foxes can also jump very high and climb almost everywhere. They are able to set up ambush and wait for a mouse or another small animal to fall into the trap.

Clever – Foxes are not very large and they are not considered to be powerful animals. Their biggest strength is their mind. They need to be extremely smart and intelligent in order to catch food. They also need to be smart to escape predators and save their lives.

Their biggest danger for them are mountain lions and other larger animals, but for them, foxes are on the tougher side as far as prey goes. Large predators know that foxes are not easy to catch and that they will have an easier time dealing with other mammals.

Mischief – Foxes are also mischief. This is probably well represented in movies and cartoons, where we often see foxes killing chickens in the rural areas and causing trouble for the locals. Living areas of people and foxes have overlapped and because of that we can clearly see the real nature of these animals.

Foxes often cause trouble in the nature too. They are very interested in everything around them and curious about their surroundings. They will touch, smell and bite anything, just to see what it is and can it be their food. 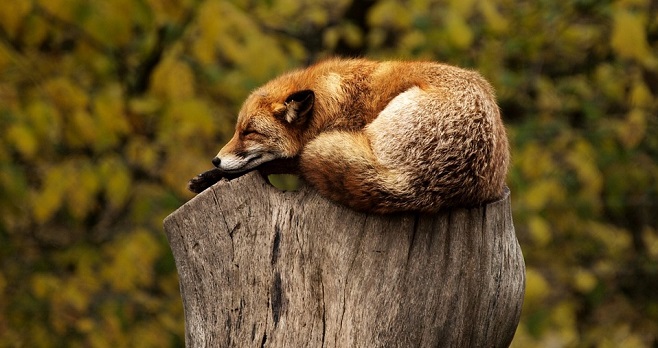 Adaptable – Foxes are extremely adaptable. They are able to live in the toughest living conditions, whether it is snow or deserts. They will find food and water supplies when it seems impossible. This is mainly thanks to their brains and strong will. They will not surrender or starve easily and for those who are capable and clever, there is always enough sources to survive.

Foxes inhabit different parts of the world. They can be found in deserts, where their only food are small mammals living underneath the desert sand. Foxes also live in extreme colds, where food is often hard to find underneath layers of snow and cold weather is not a big help either. Their clever ways help them adapt to all of these situations when all of the others can’t.

Symbolic meaning of a fox

Fox as a spiritual animal teaches you how to get around obstacles and how to figure out a way out of any tricky situation. Foxes often get into people’s houses and get out without being noticed, which makes them interesting to people and their cleverness is never ending.

As a spirit animal, foxes come to people in their dreams and premonitions during a time of change or challenging times. People are often too scared or uncomfortable to move out of their comfort zones and dreaming about a fox is a symbol that this needs to end.

It is time to change something in your life and move on from the life you have been leading. Even the smallest change can make a difference.

People with a fox totem have great sense of humor that picks them up out of any trouble. They often use humor as their defense.

Fox has been a symbol of luck for a long time. As a symbol animal it has been used for dodging accidents because they were always interesting to people for their ability to appear and disappear like magic. People admired that and this is why foxes were often considered as magical animals.

People who were born with this totem are people who draw a lot of attention to them. They are always telling stories and entertaining everybody around them. Just like foxes, people with a fox totem tend to be crowd pleasers and they would do anything to make others have fun.

People born under the fox totem are usually most active at night. You probably stay away long at night and do most of your work during night time. Your productivity and creativity are at high point during the night and you have probably spent a lot of sleepless nights making your plans come true.

Foxes are mischief and this trait if also linked to people with this totem. They get into trouble more often than others and this characteristic is something they live by. Somehow everything they do ends up being a great story.

They love telling these stories later on, to other people, and gaining attention from the crowd. They enjoy the adrenaline and rush they get from doing something no one else is ready to do. People with this totem can also be considered to be a little bit too mischievous at times. They often annoy people with their tricks and pranks. In the worst case scenario, these people can also break the law and get into too much trouble.

People with this totem can also be very playful. Relationships with these people are often full of action and fun, but they can also hurt their partners because they can’t really take anything too serious. They won’t understand what they did wrong and this will be the main problem in the relationship.

You will need a lot of patience with these people in order to achieve something or get somewhere with them.

People with fox totem can also be competitive in many ways. They will confront others in order to start something and win but this doesn’t mean you need to be insulted or agitated. This is in their nature and playfulness that just arises out of them.

These people know how to have fun. They go through life with a positive attitude and this can’t be changed by anything or anyone. They will make you laugh and entertained all of the time. If you are not following, they won’t understand what is wrong.

Don’t take this wrong, they are not stupid. They love having fun but they are extremely smart and intelligent. Just like foxes, people with this symbolic animal can understand every situation and act accordingly. They will know your next move before even you do, and this kind of “street smart” attitude differences them from others.

Due to their good understanding of social interactions, people with a fox totem, manage to get around any obstacle and problem using only their brains. Foxes don’t get into conflicts easily. They will rather run away when they sense danger or try to outsmart their opponents.

If they do get into fights, foxes will use their brains again and think about their steps up front. If they see a chance to lure in their opponents into making a mistake, they will definitely do that. There is nothing more satisfying for people born under this totem, than to outsmart someone. They rely on their brains in toughest situations and this almost never fails them.

People with a fox totem are also very adaptable, just like foxes. They can get into any social group because they know how to talk to others and how to behave around them. Because they are full of fun and interesting stories, people will be entertained for sure and no one will be left behind.

This can apply to living conditions as well, in sense that people with fox totems can easily move everywhere in the world and make it their home. They are simply always on the go and distance and unknown places don’t make them scared or uncomfortable.

These people are also very cunning. This is a characteristic that doesn’t have to be bad, but it can be if you are their enemy. They can trick you and make you believe in almost anything they say, because they will always make it sound so realistic and true.

They are also good at hiding their secrets and thoughts. People born under the fox totem will never tell you what they are thinking, when you ask them. This is only because they know how important it is to not share your personal opinions and thought with others, if you want to outsmart them or if you simply want to protect yourself from being overexposed.

Their biggest fear is to be too transparent, so that everybody can see what they are thinking and feeling, robbing them of that power to be one step ahead.

If your totem or spiritual animal is fox, then your life is full of luck and happiness. You bring joy to everyone around you and in return you receive loyalty and eternal gratitude. Your loyalty to others is also very important and you will never take anything for granted.

This will help you lead an extremely joyful and happy life, especially if you take every chance of happiness that comes your way.

Fox as a symbol in a dream

If you had a dream about a fox, then you will need to move carefully in the following period. A certain change will need to take place and you will have to be prepared to take this big step and move on. Make sure to examine the situation you are in carefully, before you make any steps.

The situation you are in will require your full attention so you can’t risk making a bad decision. In order to do so, use your intelligence and evaluate the new situation properly. This might be a very tricky situation, so not everything is how it seems.

In Chinese culture, fox is a negative symbol. It represents people who are two faced and shape shifters. In Far Eastern symbolism, foxes were actually people once and their souls have moved into foxes. Fox is communicators that bring news to the Ancestors.

In Japanese culture, foxes are painted as positive symbols. They are viewed as very smart and cunning and people with a fox spiritual animal are very lucky in life.