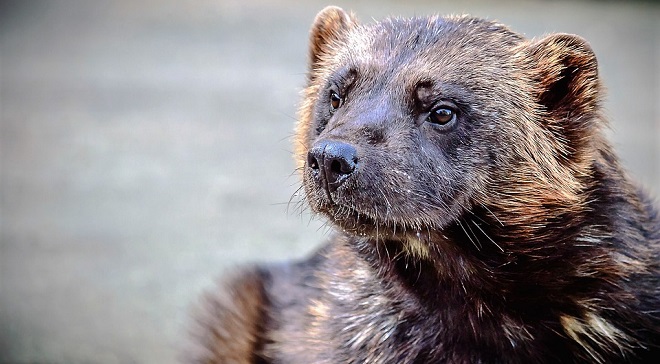 Wolverines or skunk bears are large mammals from the Mustelidae family. From outside they look like smaller bears and their behavior is very much solitary.

They inhabit Northern parts of Asia, Europe and North America.

Their highly aggressive and violent behavior influenced their symbolism and made them one of the most unpopular animals I the world.

Aggressiveness – Wolverines are extremely aggressive animals. They are always prepared to attack even if you don’t give them a reason. They are fearless and don’t have many natural threats.

Brave – Wolverines are ready to attack even a bigger animal and fight against it. They are not intimidated by the size or strength of another animal, which makes them dangerous predators.

Wolverine as a totem

As totems, wolverines are symbols of aggression, ferociousness, fearlessness, courage and violence.

They are symbols of everything that is considered to be dangerous and threatening so if you ever come across people protected by this totem then be careful.

People born or protected by this totem tend to attack others for no reason. This is not something they do for fun or as calculated people, this is simply their characteristic.

Being this way is something they cannot fight against so we can’t really blame them.

There are probably two life choices these people make.

If they choose the other way, they will become unpleasant people to be around and turn their life into living hell.

We all know the importance of relationships with other people so we can’t expect something good in return if we treat others badly.

People born under this totem are prepared to go great lengths to achieve their goals. Even if these goals are cruel and immoral, nothing is more important to them than gaining power.

On this path to success they are courageous and brave enough to take on even the strongest enemy.

Their determination and power of will is remarkable, and if we had to point out good qualities, those would be it.

Negative side of their character comes out especially in dangerous situations and when they are under pressure.

So, be extra cautious around these people and be careful how you approach them.

Wolverine as a symbol in a dream

Wolverines in dreams are usually bad signs. They bring us bad news or warn us about things that are coming our way.

If you saw a wolverine in your dream, then there is someone in your life who is out to get you.

Be careful when talking to other people and don’t let them find out any personal information about you.

If wolverine in your dream was attacking you, then you could get into trouble in the upcoming period. You will probably be faced with a difficult decision and making a choice could be hard. Be cautious and don’t accept anything that could do you harm.

Having a dream about many wolverines is a symbol of having a lot of enemies. People close to you, are plotting to diminish your efforts and cause you harm. Be careful about your actions and don’t let them hurt you.

Wolverine as a symbol in different cultures

Wolverines became popular symbols for cultures around the world. Many football teams, city emblems are inspired by wolverines. It is interesting to see how an animal that has so many negative characteristics linked to it is considered to be a beloved symbol across the globe.

Reason behind this is the great power a wolverine symbol poses. There is something in the mere presence of this animal that chases fear into our bones. We are all afraid of it, even though it is not the largest and the most dangerous animal in the world.

In Eastern parts of Canada, the Innu people believed that wolverines were the last creators of the world. They were considered to be highly important animals and tribes held a great deal of appreciation for wolverines.

In Russia, older civilizations and cultures considered wolverines to be symbols of aggressive behavior, violence and fear.

Everyone seems to be afraid of this animal and uncertain about its intentions. The older cultures learned not to trust wolverines long time ago, and this symbolism follows wolverines until this day.

In popular culture, we all know about wolverines because of the movie Wolverine and X-Men. If you ask people today what is a wolverine, you will probably get more answers that it is a movie character.

Besides being portrayed in movies, wolverines are important symbols around the globe and every culture in contact with them, sees them in their own way. The only thing that is unique for all of the different symbolisms is that, wolverines are both feared and worshipped at the same time.