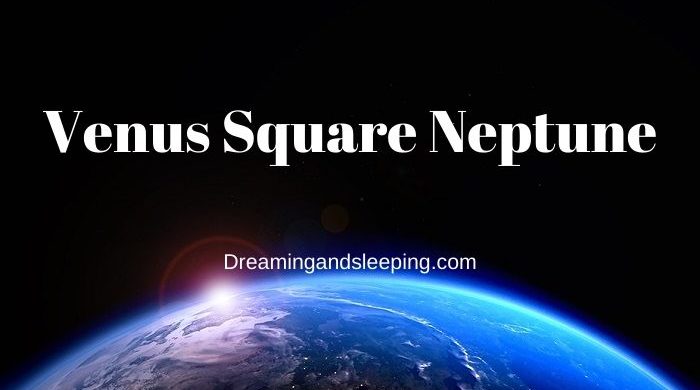 It is no wonder why we will dedicate so much space to this topic because it truly deserves our attention – it is not just the story about the Venus planet and its impact on our lives, it is here connected, in a hard and unflattering position, with the planet Neptune.

Astrologers say that this position can come as a metaphor of love that is greater than anything else; it is the one that holy love, the ideal love (that may just exist in dreams).

We all know that the planet Venus is the one that describes the love story in our lives, and here there is a story of love – and there are so many things to talk about here because both planets are dealing with emotions in different ways, but they can be complementary in some way.

As it is written somewhere – those who have this position in their natal charts have a love story that is everything but the ordinary, and their lives are everything but normal.

The planet Venus in astrological analogy signifies sensuality, harmony, beauty and compassion; here it is put into the hard position with the planet Neptune. It, from the other side, signifies inclusiveness, boundlessness, dreams and creativity.

The square symbolizes too much energy, something that is overpowering, what happens too fast, and is a situation where two sides find their way to each other not wanting to give in, to give up and give preference, but to hold their beliefs strongly, thus creating some form of power blockage.

But, this transit also brings something else into the picture – this force contains tremendous latent energy which, if diverted to a constructive purpose within a method or manner, can be of great help in making important changes that are intended to achieve great goals.

Of course, if there are some other aspects that are not favorable, in that case, that “force” that is created from the “blow” is not diverted to a particular process but used directly in its unedited form, that potential energy can be very destructive.

When the planet Venus is found in a square position with Neptune it is the representation a picture of emotions and where there is so much emotionality, there can be things that are not normal in any way, or perhaps the better word is usual. 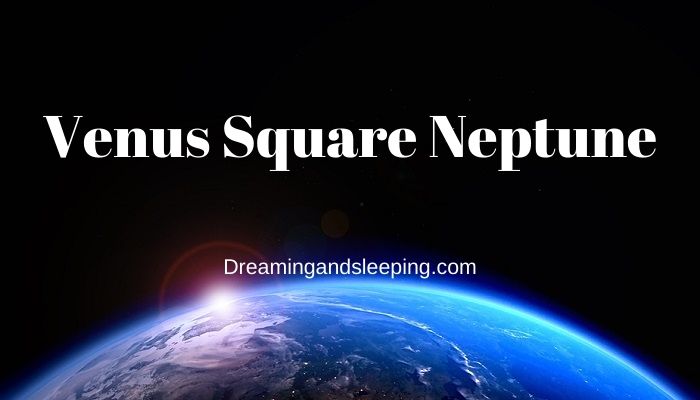 This square position is formatted in a moment when the planet Neptune moves forward the same day after several months of moving backwards, and in this movement, you can see that there is a lot of twists and turns in the lives of the people who are affected by this position.

There can be amazing heights, and terrible blows – just take a good look at the life stories of the people with this aspect, and things will be clear.

The good side of this square position can be seen in the ability to design their own ideals, the ideals of love for those who are emotionally involved or would like to be in an emotional relationship.

It is, in some way, and emotional force that can make life a beautiful place.

In most cases, when it comes to the square aspect that is formatted between Venus and Neptune, it happens that the ultimate consequence in material form is not even what was initially intended, but the good thing is that results can be better than expected.

In any way, often, the end result is much different than expected. Also, as much as Venus strives to obtain ideal love in a lasting form, so much does Neptune strive to maintain a foggy state, and leave resilient lines, which again leads to the inability to fulfill both needs, but, something unexpected can be “born” out of it.

In addition, as much as people of this square try to play something lasting from what seemed like an ideal, they will not be able to do so because they do not clearly see reality.

But, we ask you – isn’t it in life sometimes a good thing to live in your own reality and to follow your picture of perfection than to live in others vision of what is right for you?

As we have said, there are a lot of twists and turns in the lives of the people who have this position, and this also means that there can be so many different and problematic parts of their lives – this is also a story of deception and lies.

This square will easily bring some delusion, some chaos, emotional above all, but other kinds are also plausible. It is not like just one part of their lives will be disturbed, and the intact, everything and everyone in their lives is in the same chaos.

Here, because of the fact that Neptune and its blurry lines, there is a lot of grey areas, and this inability to see the world clearly, can lead them to so many troubles.

Once again, we say that people with this aspect can direct their energy in the right direction, and can grow something tangible, but in some other cases, they become addicts unable to live normal lives.

Where planets Venus and Neptune come in a square position there is a lot of love all around there is no doubt about it – there is a celestial love, universal love, spiritual love, fairytale love, unrealistic love (or unrealistic expectations in love), love fantasy, ideal love, idealized love, happiness and frustration, love mist, fleeting love, love out of compassion, kindness, pity, secret love, love entanglement.

In Synastry, we get to see all of this and even more – in this case, one lover usually sees what he or she wants to see, and the other does not see what the others see. You end up with problem right here.

But, we cannot deny that the connections of this square start very exciting, romantic, almost unreal – love when is born from this square position is the one that makes us feel like we are enchanted, and fascinated.

This does not mean that we should not be careful, on the contrary, this square brings another side, disappointment is possible, and it goes in proportion to the enchantment.

If the enchantment is big, the disappointed will be big as well, if not bigger.

The planet Neptune is a cloud, and when we do not see things clearly, then the real vision is weaker, and with this “blurry” aspect, a misjudgment is quite possible.

The energy of this aspect could affect people in a way that they do not see clearly – people see their lovers better than they are, or worse, much worse. And any love connection that is based on these roots cannot be healthy by any norm.

We must add one more thing that is related to this square – people are attracted precisely by the all the emotion of the whole universe, innumerable shades of subtle and complex shades and tones of love, an endless array of love touches, as well as characters that are also essential for the perfect relationship.

Now, how all of this that we have mentioned before could be transformed into the successful careers – well, it is a known fact that the energy of this aspect creates artists, musicians, creative and imaginative people, poets, but also bohemians, and losers in some way (remember, this energy must be directed in the right way).

Venus and Neptune are related symbolic as they are a great combination of creative processes when in harmony with each other.

They can be really busy regarding their own vision of success that can be either perfection in reality or a miserable failure.

Escape from reality is something that could be done with this transit and again, how it is reflected in reality is another question.

For some, it is seen in art, imagination and creativity, and someone will be satisfied with doing some “boring” job, while at the same time, he or she will live in a world of dreams that completes his or her desire. And both are happy.

We must add one more thing here – on a material plane, and this is also indicative of volatile finances because what Venus strives to translate “work” into concrete value, while on the other side of the square, there is a planet Neptune that persistently dilutes and diminishes that value, which is why this is a common picture of financial fraud and maneuvers are present in the lives of those who have this aspect active.

Most of them show insufficient ability to handle money and material resources properly, but we will offer you a solution.

It is redirection to create useful energy lies in acceptance that they cannot create a sufficiently solid and stable form and in accepting change, flow and replacement are a normal part of life.

As for advice, we will rather use the word warning – this is the aspect that brings a warning as something that is not visible due to the impact that comes from the planet Neptune.

It is very common for people to say that when the impact of this aspect passes, we can remember all the warnings and then blame ourselves for not listening to intuition.

But, there is nothing that could be done, when things have gone in the direction that we did not want.

In the case of Venus and Neptune square, at the crossing, there is a need for beauty, harmony and balance with the metaphor of the vast expanses, ever-changing boundaries and dreams.

In this square, the planet Venus wants to establish a relationship, a connection, to do something harmonious and beautiful and to turn it into a solid and tangible form, because it is in the nature of Venus to materialize and concretize something.

But, the hardship comes from the Neptune’s analogy that goes in a different direction, since Neptune, first of all, has no need for solid material applications, but rather supports more dilute forms of matter that have a volatile and variable form.

Therefore, in terms of squares, there is the inappropriateness and inconsistency of these two planets arise, which, when imprinted on human nature, acts most emotionally and materially.

Also, Venus is attracted to Neptune’s imagination and boundlessness because it provides her with great opportunities to develop the essence of the union in love.

For this reason, in relation to the comparison of Neptune, Venus feels the need for a creatively imagined emotional relationship like that of fairy tales.

In the end, this is the time to enjoy a perfect, amazing, and idealized love for the rest of eternity, and it is possible that you are attracted to the lovers that give you their undivided attention.

One warning, in the end, this is the time where people could become easily in love and prone to idealization because that is its deepest need – to love infinitely and to possess in concrete, tangible material form what it loves.