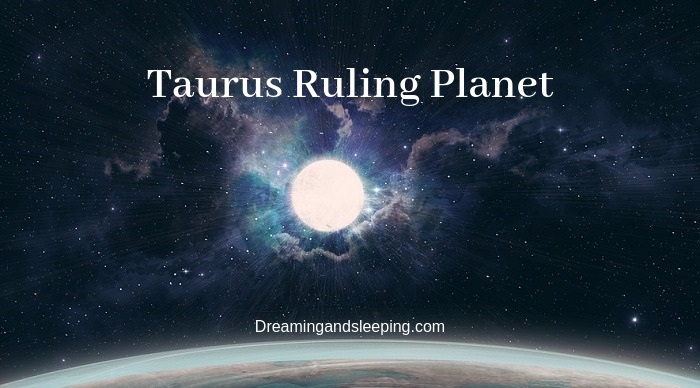 The time and paste in which we live imposes some new rules in behavior, we are quite busy and look for useful information in order to fulfill our life goals or dreams.

Universal social development and modern science have the task of finally determining the Universe and our place in it, then, what is the impact of the planets and cosmos on our destiny. And that impact is truly magnificent and one of a kind.

As we have said and as you may already know planets do affect natal charts, but their main impact can be seen precisely in the characteristics of each Zodiac signs, since all of them belong to one or even two planets, and develop traits accordingly.

Each sign of a horoscope has its own ruling planet that exhibits its characteristics, and as we have said, some are under the impact of more than one planet.

But this is not the only surprising thing here, and we will also mention that it is possible that two completely different signs are under the influence of the same planet, like for example Taurus and Libra Zodiac sign.

The Venus cycle is similar to the Sun, and it takes one year to start all over again after that period

Today we will dedicate our awareness to the loving planet, Venus, as it is the ruler of a Taurus sign. Read all about this planet and its impact on those who belong to this earthly sign.

Venus is a planet of love, and this is something that the majority of us already know, it is the planet that is connected to things that are beautiful and loving. As the Taurus ruler, Venus is here the aspect that pushes these people toward beauty and love, but in the case toward enjoyment in some way. This is their true nature, and everything must be correlated to this postulate.

Art, hedonism, love and aesthetics are its key features in the life of the people who are born in Taurus sign. In Libra sign that is also ruled by Venus, it exhibits similar characteristics, but since it is an air sign, it strives for freedom and its orientation is towards compatibility and harmony.

So, Taurus sign is the one that will show love here through all segments, but they are more grounded than, perhaps Libra people.

These people are above all very powerful and reliable, and they are directed toward picking the fruits of their hard labor since they are very ambitious for that matter. They often achieve everything they want in any regard – work, love, and everything in between. They have the ability to direct their energy to the goal they want.

Taurus people are under the influence that comes from the goddess Venus and in this sense, they are considered to be lovers of everything that is good and beautiful. In a practical sense, this means that they will be surrounded by material pleasures that they will acquire as long as they can.

We must add, and this is no surprise that Taurus people are very sensual and tactile – all who are close to them must know that touch is one of the most important communication tools that they use and that they want to be used on them.

They are stable and conservative, and above all these people are the most reliable humans, you will ever meet. They are very creative and enjoy the fact that they do things with their own hands – this comes from touching their lover to creating some art, for example. So, the impact of Venus is clear as it can be.

Stubbornness is a trait that makes things worse to the end in the life of the people who are born in the sign Taurus, in order to keep everything in line with standards. And their standards are very high, sometimes even unreachable.

Taurus people are under the impact that comes from Venus, and they are very gentle, but at the same time, they are so stubborn, even when they are wrong.

They try not to get angry so often, but when their rage comes to the surface, for sure, it resembles a volcanic eruption.

One of their flaws is the fact that Taurus people can be slow, they like to do things in their own way, and sometimes know that you are a bit lazy in performing duties and jobs. They are materialistic oriented, and their money is very important- sometimes too important, and it all comes from the need to be surrounded by nice things.

They put a lot on beauty and can be overwhelmed by the look -this is also one extreme that they do not have to go.

In the end, the Taurus people can be possessive and jealous, although their lovers will never recognize it; these sensual beings can be unfaithful.

Venus is the companion of everything that is beautiful in this world, and Taurus people are in the centre of this “everything”. Venus is the planet that embodies everything we love in life, creativity, beauty, art, harmony, etc.

Since Venus is their ruler, they reflect the beauty of art, jewelry and food – unlike Libra, that is also under the Venus rule; they are more sophisticated to say it mildly.

With Taurus people, as their lover, you must be prepared and patient. For an extremely sensual Taurus, as we have said previously, touching is the most important thing as this is the form that excites them the most.

For a partner, they often find people from the same social environment who are able to respond to their intellect and desire for a more comfortable life.

In love, besides other things, these people often show affection through gifts and material things.

And in general for all Taurus people, home as the centre of safety and love is very important, as well as family values. They will do anything to protect the people they love.

What set them apart is their sharp intelligence and a good sense of humor.  Once they gain trust in someone, they know that that relationship can truly last for a lifetime. They are always ready to give a hand to the friendship if they cannot be someone’s lover. In fact, many friendships and love affections start already in childhood in the life of Taurus people.

Venus is a planet of love, beauty and creativity; it is the planet that stimulates art, romance, and in general, brings good luck. So in many cases, people who are under its rule have a bit of good in their endeavors.

When Venus rules people they are bestowed with a nice exterior, are extremely attractive, but rarely when they do not have material goods – often times they are drawn to “gold” to things that shine, or a luxurious in some way. This is the reason why Taurus people do not mind hard work because they know what is their reward- a safe life in luxury and wealth.

Stability is the keyword for the Taurus people, and they are often motivated by the phrase “I must have”. Taurus people love money and do not hesitate to work hard to earn it. At work, they are reliable, patient and thorough. When focusing on a project, it will have firmly adhered to it. However, complex it may be or for as long as it lasts.

The feeling that these human beings have their own value is enormous motivation for them, as well as the love for the reward that arises from valuable and hard work. For a reason, they like to be surrounded by material goods, good food and luxury that offers life, their work is essential. This is the way to achieve the goal, and the bull is always aware of it.

Venus rules art, beauty and love. As we have said in the previous sections, more than one. This is the planet that moves into the Zodiac for 11 months, but in two years, it has a stretching period that is retrograde and can last for almost two months. This also has its own affection on all Zodiac signs, and also on those that are ruled by it.

What is the essence of this planet when it is looked in the lives of the people who belong to Taurus people?

The traits that depict them are their needs to build or collect, but these people are also those who are very grounded.

A feeling of something tangible in what can be enjoyed, a hedonism that is often manifested as pure enjoyment in food, sex, drink, luxurious things, money also.

People ruled by Venus are primarily social, and we could see this trait in the life of the Taurus people. Even more, they tend to be artistic in general, but those arts that require work with their hands.

They mostly have a good temperament and are people who adore to touch or to be touched. The Taurus people have a sense of beauty, but especially for the enjoyment of pleasure, and they can be obsessive in this matter, at times.

As far as their flaws go the most prominent are these three, and they make their lives misery if not controlled in the proper way.

These are stubbornness, uncompromising character, and possessive nature. All these flaws can be combined in one area or life or can ruin part by part in their lives. The main thing is that they must control their temper, and never let themselves to let low instinct to rule their lives, because they can lose so much- friends, lovers, and co-workers.