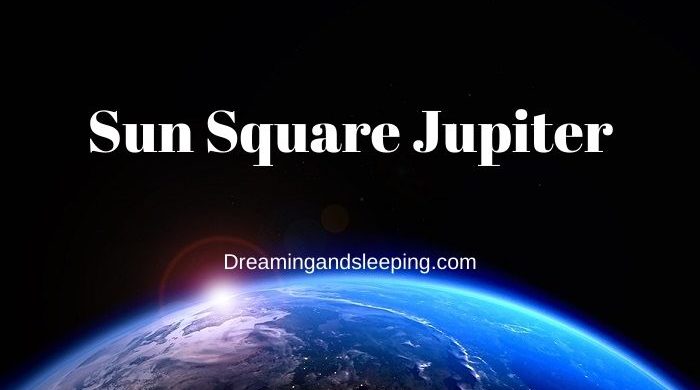 Right from the start, we can tell you that this is one of the most difficult or most substantial aspects that two objects could create – it is the square position that is formatted between the Sun and the planet Jupiter.

The Sun and Jupiter are planets (we are naming the Sun also the planet, for the better understanding) that are in many ways similar – both are essential in health and mortality, both are signifiers of success, glory and well-being, similar in nature, though Jupiter is far more humid, then the Sun that is much more “brighter”, it means that is more open and direct than the Jupiter.

Therefore, their square never carries as much negative symbolism as, for example, squares with some more “negative” planets, but still it remains the difficult one, and there is no doubt that it is the one that brings so many challenges.

Of course, there will always be exceptions, in accordance with the many combinations of planets in different zodiac signs and the rule over different houses.

Now, when we discuss such an impact regarded comparative horoscope then the situation gets even more interesting since challenges is even more pronounced because everything is doubled, there are not just aspects in one natal chart, but in two.

As soon as the square is mentioned, we immediately have an association with some problem and many difficulties that come with it. And that’s true – a square is a problem, but it is not something that is unsolvable, and that cannot bring anything good into the picture.

This is the combination that could bring so much good if the people who have it learn how to maintain that power, how to use their talents and make it perfect.

In every other way, their progress is under the question mark, and there cannot be anything done.

They will not use all that has been given to them, and a lot has been handed to them since the day they were born. 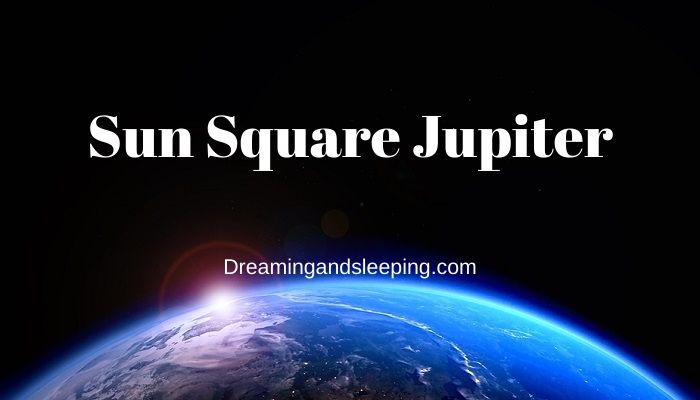 Such a position of these two planets indicates that the people who have it will have something that resembles a noble life, and these are the people who will most likely be raised up, even if there are some of the most powerful enemies around them.

Power is what they have, or want to have, or will have, but it could be their driving motion, their fuel, and why not, their comfort zone.

Now, what will they do with such a power is another matter that could have various consequences.

They usually have good relations with some important people in a society they live in, and gain much in common with glory, and will rule over many people. This does not have to rule over people in some common, political way, but as people who are very influential.

For ease of understanding the aspect of the square, it is important to emphasize that both planets represent happiness and vitality, the Sun represents our personality, our identity, our highest ideals, the living areas where we want to shine, while Jupiter represents the process of our development through learning and perfecting. Jupiter is a developmental path to achieving the ideals we strive for.

So when you combine these two into one, there can be progress, there can be growth if the person who has this aspect follow its ideals, follow the lead of his or her instinct, and what is more, if the person learns all the time. This is the key to maintaining that “power” in balance and used for the right causes.

Generally, it could be said that this square could carry some problems with the law or authority, costs or loss of money in connection with it, difficulties in reaching some social position where the obstacle could be money or some influential person.

So, if these people are not careful, they could lose a lot, and primarily they will lose their money, and will never reach that “high” position that they feel they deserve.

A person wants to be shown at his or her best, even when realistic circumstances do not allow it, and therefore that person feels truly frustrated.

Where Jupiter or the Sun is connected in this manner, such a position can make a person arrogant and too proud, and therefore unbearable for the environment that person lives.

In very poor configurations, there may also be indications of a messianic complex, where a person considers him to be a deity or has been assigned a specific mission by God in this life, and is therefore above the rest of the world.

This is certainly one of the worst and not so common cases, but it is still plausible to happen.

This square of the Sun and Jupiter, and when we know that the planet Jupiter is in a superior position with respect to the Sun, it can bring greater power and dominance over him.

When it is as good, people who have it are in very much profitable position, and if the rest of their natal chart allows it, their lives, along with the love lives cannot pass without success, and at least at some point in the life of a significant increase in material resources.

They want to achieve success, fame and fortune and then they want to give themselves to someone – they want to rule and be dominant lovers, there is no doubt about it, and they feel that their best match in love is someone who is equally powerful.

Of course, this is not always an easy task, and what is even more, in the best possible scenario, these are two planets that have a happy influence but are in a tense aspect.

Yes, there is a lot of tension, and it is not always easy for them to find their true match in love, and when they do, there is an opportunity that they ruin it with their arrogance.

This is one very interesting matter since we know that the Sun is the representation of our individual and intimate knowledge, while Jupiter is a religion or philosophy that helps us strengthen our connection with God (here we mean on some higher force, and existential matters in life that these people often think about).

In addition, both Jupiter and the Sun signify a sense of satisfaction and fulfillment, as well as success, glory, honor, high status – this could be seen as their driving force and often because of its extremely happy influence, the square of the Sun and Jupiter does not bring any distinct problems in the work area, no matter how hard it can be.

The square of the Sun and Jupiter represents a thorny path to achieving happiness and success in a particular area of ​​life, but that path certainly leads to stars – so there is no doubt that when these people choose to do something, there is a major success that is waiting for them, and this is what they are expecting.

This is an aspect that represents underutilized opportunities and possibilities, though it is never too late to utilize them fully, so many of them find a major success when they are older or more mature.

They can be involved in some big business and financial endeavors; they will earn their place and study to react it, avoiding and facing many obstacles that affect life and work abroad, which can lead to quitting. There is an opportunity to change their jobs or quitting after a while.

Often, they find their work connected to the law and justice, because it attracts them so much, but our advice is to avoid it because there can be so many obstacles and delays in the process of fighting for justice, and they will block the path of spiritual development that can take a long time.

This is the time when all of us should watch that we keep our promises since this square symbolizes all those who promise something that we cannot then fulfill. This is the time to be critical, and do not submit to the false authority, but find the right one.

When this square position is active, then there is a high opportunity that many new ideas and endeavors regarding business, earnings, education, as well as the field of justice are very pronounced and, of course, it is not just the idea and story that ends.

In this general way, many of us will now decide on specific actions, as far as the implementation of the above is concerned. The risk factor is impressive, but we think that it is totally worth it.

Flight, enthusiasm and speed are at their peak. It’s all a positive thing, but over the course of these ten days, things aren’t going to go quite easily. Patience, tact and perseverance will be required.

Don’t fall into the trap of expectations, because expectations can lead you into frustration and loss of will. You want and act, but you don’t need to.

What else we must say is that we should not limit ourselves by thinking of bad scenarios and deadlines. Believe in success. If it goes as you expected, take a deep breath, count to 10, and continue where you left off.

If, due to certain circumstances that do not depend on you, there are delays, refocus your thoughts and activity on what you can at that moment. And always keep in mind – everything in life happens for our greater good, and this square is the one that proves that it is possible to gain a lot after some hard work.

People who have this position are able to put a firm and clear focus and enjoy what they are working on, and ultimately success will not be out of the question. If they are considering starting a new business venture, they should include someone else for the advice.

In the event that you are struggling to achieve justice, difficulties are very likely during this period: delays and setbacks due to disorganization of the judicial system, but this is all just the part of the necessary process, and all of us should always look at these and similar events as temptations.

As far as learning is concerned (Jupiter is always connected to it, and in the most positive way, and the Sun puts a focus on it), many will have the potential to lack motivation and temporary loss of will. If you put in a lot of effort in the previous period, you could easily burn, so rest.

In the end, do not ignore the idea of your heart and focus on a new enlightening program, which would bring you greater satisfaction.