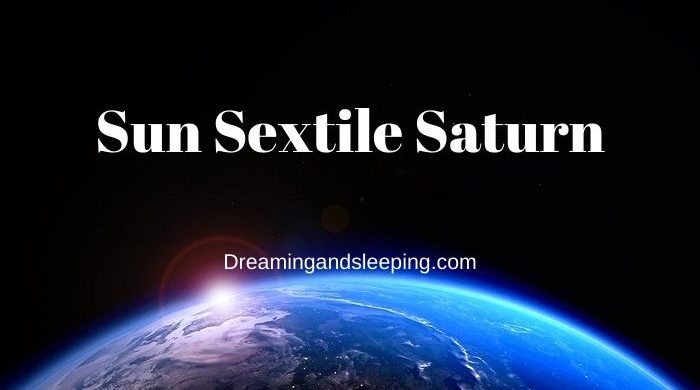 When we talk about sextile in any combination of planets (including the Sun and the Moon), we are talking about the aspect that is created by dividing the circle into six parts, which gives a completely new logic, a completely new intelligence.

This is a very important part and a very well-known for human, on the individual plane, and on the general one – you should always have this in your mind, whenever you are talking about any aspect in the natal chart.

Also have in mind that natal chart can be done for entire countries, and people who live in it.

Today, we are talking about one very interesting combination in the sextile – the Sun with the planet Saturn. It is the main indicator of the Nature of one destiny-building character, which emphasizes the nature of the karma that people who have them carry on their shoulders.

This aspect shows the Nature of the sense, purpose, optimism and support of Nature – on the other.

Those who have this aspect in their natal charts could have an amazing and well-rounded destiny – some say that such an aspect reflects only the divine origin and the mythological Nature of the radiant Apollo (in mythology it is the son of Zeus, the most beautiful person who ever lived), and therefore it supports throughout all life’s endeavors through this aspect.

In good combination, like in this one, where Sun is connected to the Saturn, this position in the life of an individual brings “blessings” just like radiance, expansion, high standing, great success, sacrifice, generosity, righteousness, glory, wealth, great journeys and spiritual accomplishments.

You can imagine how these elements are reflected in the lives on the personal levels – they can be extremely loved, successful, caring human beings who are aware that they are blessed with everything in their lives, so they can share them with others who are not as fortunate as they are. 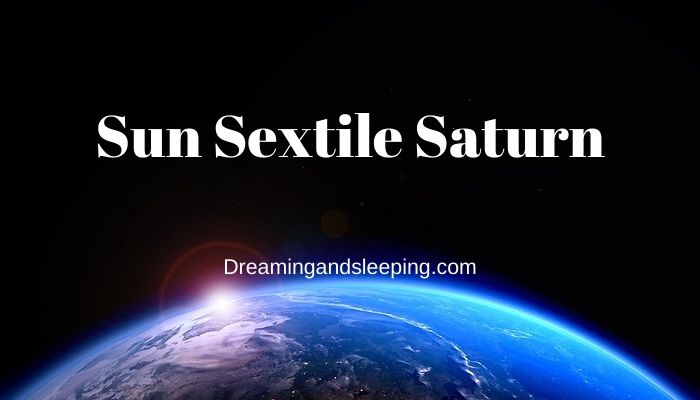 In the next few rows, take a look at famous examples of people who have it, and things will be much clear to you.

Who are those famous people who are blessed with this sextile aspect? They are Ringo Starr, Meg Ryan, Mahatma Gandhi, Hulk Hogan, Karl Marx, David Beckham and Victoria Beckham (maybe this is the reason why they are so compatible one with another), Winston Churchill, and Amanda Lear.

As usual, we ask from you to take a deep look into their biographies so that you can find the real example of this planetary aspect.

When Saturn and the Sun are connected in the sextile position, they come, in general way, as the indication of the great social, cultural and economic expansion, the establishment of the rule of law, legislation, justice, moral and spiritual values, as well as the great reputation that they, as well as their states, will achieve in the world during their rule.

So, these are those who have the strength to change the lives of others and who are able to transform values that are ruling in the current moment in time.

So, this is a favorable aspect of the Sun and Jupiter, and on the personal level, it comes as an indication that those who have this aspect are great optimists of the broad outlook, who achieve their great ideals and goals with ease, never content with the average and the small.

Due to their generosity and high moral principles, they are very popular, and luck seems to follow them wherever they go – of course, that their life is not just a love story, since there can be some jealousy in their lives, but it will not distract their way.

What are even more, these people have a big heart that always strives to support those who need help, without ever seeking to get something in return – even if this does not seem to be true in the first glance.

This favorable aspect can indicate a remarkable career, or it may also indicate great wealth, especially if these planets are of high dignity.

It is true that people who have a sextile position of the Sun and Saturn are adorned with great vitality and good health, as well as the opportunity for great travel and very successful contacts with foreigners and foreign cultures.

But, one thing must be said – some people do not use this chance in their lives, and some of them go to the other extremes.

In fact, they could be overly obsessed with themselves and their role in the world that they forget on some others that are also important and part of their lives, like some family member.

And, in this sense, for those others, they may seem as cold and distant people who cannot be approached.

In these respects, such Nature of these people could be very, very hidden, even if the image that they are divine protectors of the world, those who are devoted to the spiritual uplift (and we are not saying that this not true, but they are at times too consumed with such idea, that they forget to live their ordinary lives).

But, if other aspects and planetary positions do not show the basis for these tendencies, in that case, this could be “a lost investment”.

They could spend their lives chasing for something that will never come, or it will never be realized in the way they have imagined to be.

Suns aspects with other planets are very important because the Sun is the source of life, and this is the aspect that every other is put into perspective. He is our consciousness, ego, common sense and the main carrier of life, and when it is connected to planets, depending on that position, you can determine so much about their personality and character, ego and common sense.

When we speak about love, we must say that the sextile is also very relevant – it can tell you a lot about character, health, temperament, vitality, strength, success, and all of this into relation to partners, or potential lovers.

For these people, sextile shows that love may come in their lives a bit later in life, or maybe never, cause they are perfectly capable of making their work their love affair and of forgetting of all others.

But, if this is not the case, these people pay a lot of attention to the love relationship and good aspects will certainly give a good basis in life.

What attracts lovers are their vitality and health, and they also look for a strong person with a lot of confidence that could deal with their personality.

In a negative way, this is the aspect (in relation to love) that will indicate problems in those segments of life that I have already cited, which are health, strength, vitality, relationship with a spouse, career achievement, self-confidence, optimism, etc. When things go in the negative direction, everything in their lives falls apart, without any exception.

They are bad for their lovers, as well as for themselves – they stop trying in any aspect of their lives, and become the worst versions of themselves.

The sextile of Sun and Saturn points to the importance of focusing attention on clearly defining life goals, thus creating a strategy that can make the most of every life opportunity – and if this is the basis for the career of one person, then you can be sure that he or she will have a major success in whatever profession they choose.

How can they achieve success? Well, with the self-discipline and stressed ability to organize, persistence in carrying out planned activities – even if they are not blessed with some talent, be sure that they will leave the competition behind, just with their work ethics.

This sextile between Sun and the planet Jupiter makes these people methodical, systematic and progressive thanks to their hard work and perseverance – if they have a goal in front of them, and they believe in it, be certain that they will make it.

These people know how to give their best, and often times they succeed in their jobs because superiors recognize their efforts and are ready to reward the hard work – that’s for sure now. This is an aspect that brings the constructive ambition, patience, practical insights and a much more mature approach to problems.

Maybe they do not have as many talents as some else, but they have the will to make it and are very confident that they will make it, one day.

Let us conclude this astrological story by saying that the sextile between Sun and Saturn when is active, represents a significant day for the safe progress towards the planned goals – such abilities could be seen in the lives of those who have this aspect in their natal chart.

They take a much more responsible attitude in all areas of life, from business topics to partnerships and family relationships.

Such aspect gives a great opportunity to express their leadership talent and take on more responsible tasks and duties, and since they are more resilient and more willing to persevere, they can expect good results and praise for their work.

This transit is associated with success, but it is really just one in a series of necessary steps towards achieving long-term goals.

So, always pay attention to this aspect, and do not expect results soon, but when they come, they will last. And maybe if you look at things from this perspective, you will soon realize that this is the success that is worth fighting for, the one that stays for a long time, and that could inspire others to make some bold move into that direction.

All in all, this aspect between the Sun and Saturn gives nice influence, though such that it is possible to feel peace and stability; along with the persistence, firmness, perseverance, self-affirmation, ability to concentrate on something, progress.

This aspect will help this aspect in all jobs that are looking for the long term and serious and responsible access. It will bring better health and vitality, so be happy if you have it in your natal chart, and use all that it brings to you.