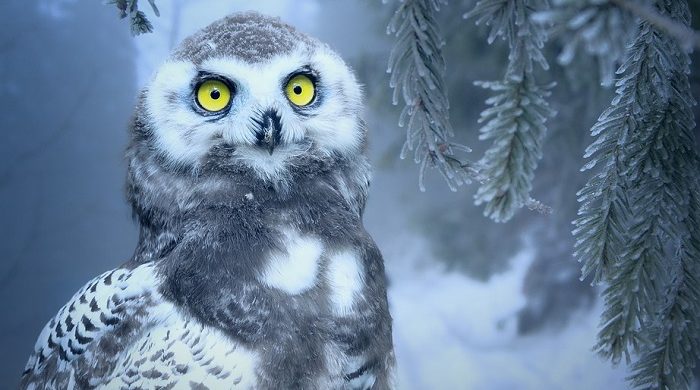 Birds are known as very powerful messengers that could bring us important messages from the Divine. In this article we will talk about owls that are also perceived as very powerful spirit animals and their messages should not be ignored.

We will tell you what is the meaning of owl in the Bible, but before that you will see what this bird may symbolize in general. If you have noticed that owl appears often in your life or if you have dreamed about the owl recently, then you should read this article because we will help you discover all spiritual meanings related to this nocturnal bird.

What Does Owl Symbolize?

First of all we have to say that the owl has always fascinated people, but this bird is a symbol of fear as well.

At the same time the owl may symbolize admiration and fear, good and evil. In many traditions all over the world it is believed that the owl may be a symbol of death as well. It is known that the owl is a nocturnal bird, which means that we don’t see this bird very often.

We usually hear its sound, which may be scary for many people. That’s why the owl is considered to be a demon since the oldest times. These birds usually hide in dark places and that’s why they are usually regarded as death symbols.

It is not a secret that eyes of the owl are very similar to human eyes.

Also, their face is very similar to ours, so people usually think that owls have some of human traits, such as wisdom and intelligence. In myths and legends all over the world the owl usually symbolizes wisdom.

It is not a secret that the owl is usually used as the emblem for many schools and libraries. It is interesting to mention that in many parts of the world owls were used as a food and also as a remedy for many illnesses.

Now you will see what is the meaning of the owl in Christianity and what the Bible says about this bird. 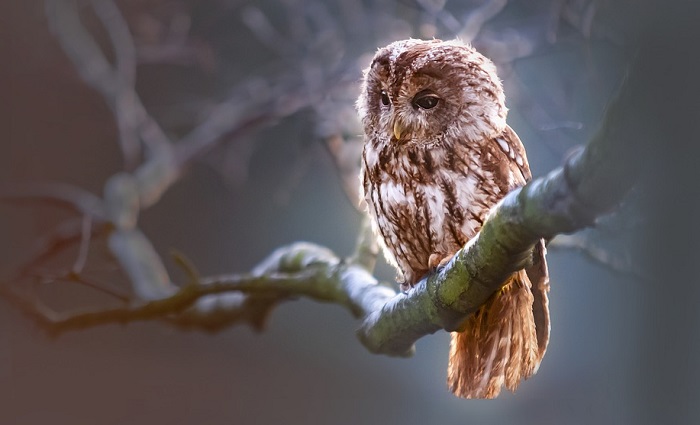 The Meaning Of the Owl In the Bible

There is no doubt that the owl is a very powerful Christian symbol that is used to symbolize abstract ideas that exist in all people. Different types of owls are mentioned in the Bible, but it is hard to identify any of them. Most of the owls in the Bible are mentioned in the Old Testament among many other unclean animals, such as hawks, buzzards, crows and many others.

According to the Bible, those unclean animals should not be eaten.

But, we will mentuon the so called great owl, which was mentioned in the Bible and it represented the largest type of this family of birds. This bird could be found among the temple ruins and also in the ruined cities which belonged to Southern Judah.

The owl is mentioned in the Bible as a symbol of intelligence and wisdom as well. In ancient Greece the goddess Athena has chosen the owl as a bird that will represent wisdom.

However, we have also mentioned that the symbolism of the owl is in most cases negative. During the middle Ages this nocturnal bird is usually used to symbolize witches and devils. Among Native Americans the owl is perceived as a symbol of death. In Japanese culture the owl was usually associated with the world creation.

There are also many other beliefs in different traditions and cultures all over the world.

Sometime these birds are regarded as a symbol of happiness and protection, but in most cases they symbolize misfortune and even death. When it comes to death, we have to say that it doesn’t have to be a real death. Sometimes the owl can be a symbol of big changes that are going to happen in someone’s life and those changes are represented symbolically as death.

We can find the owl in the Holy Scriptures as well, where it is used as a representation of solitude and destruction. Sometimes the owl is mentioned in the Bible as a very carnivorous bird. As you can see, in most cases this bird is mentioned as a negative symbol in the Bible, even though it has a couple of positive characteristics as well.

Now you will see the Biblical interpretations of some dreams about the owl. It will certainly help you understand better the symbolism of this magical bird and its spiritual powers.

Biblical Meaning Of the Owl In a Dream

If you have ever had a dream about the owl, it can be a very important sign and you should not ignore it. Dream symbolism related to owls is especially popular in Western cultures. In those cultures it is believed that the owl that appears in your dream will bring you a message from a deceased person.

This bird can also help you discover what is hidden in your subconscious mind and it is also related to wisdom. But, the symbolism of the owl in our dreams can be negative as well. Very often this bird indicates that there are enemies around you, so you may be in a dangerous situation.

Having in mind that the owl is a nocturnal bird, we can say that a dream about the owl symbolizes the dark side of a dreamer. Now you will see some of the most common dreams about the owl and their Biblical interpretations.

Dreaming of seeing an owl. If an owl has appeared in your dream, it means that you should be more aware of something that is happening in your surroundings. Also, an owl will give you the ability to see the things on a higher level. We have already mentioned that an owl is known for its perfect eyesight.

Dreaming of seeing many owls. If you have seen a couple of owls in your dream, it means that very soon you will get useful advice from other people and you should accept it.

Dreaming of an owl fyling. If you have seen in your dream that an owl was flying, it is not a good sign. This dream means that there will be some problems in your family in the next period. It is possible that you will have a conflict with some members of your family.

Dreaming of a black owl. If a black owl has appeared in your dream, it is a symbol of your spiritual awakening and awareness.

Dreaming of the owl-cry. If you had such a dream, it is a very bad omen. This dream means that very soon you will receive bad news about someone close to you. It is possible that someone of your loved ones will have health problems or will die. Also, this dream could be announcement of your own death. But, you don’t have to worry because it doesn’t mean that death will happen soon.

This dream is just a reminder that life is too short, so you should use it the best you can.

Dreaming of a dead owl. If you have seen a dead owl in your dream, it is also a sign of death that will happen to a dreamer sooner or later.

These are some of the most common dreams about owls, but the meaning of your dream about the owl will also depend on owl species that you have seen in your dream. If you have seen a barn owl in your dream, it means that your financial situation will be very good in the future, while seeing a true owl indicates that you will have a problem with insomnia.

If you have seen a common owl in your dream, it means that you should be more focused on yourself and on your own needs. If a snowy owl has appeared in your dream, it is a symbol of happiness and peace that are expecting you in the future.

As you could see in this article, the most common meanings related to the owl are death that is associated with changes, unconscous that is usually associated with intuition, solitude that is always related to independence and also wisdom. We hope this article has been useful for you and now you can understand the Biblical meaning of this magical bird.