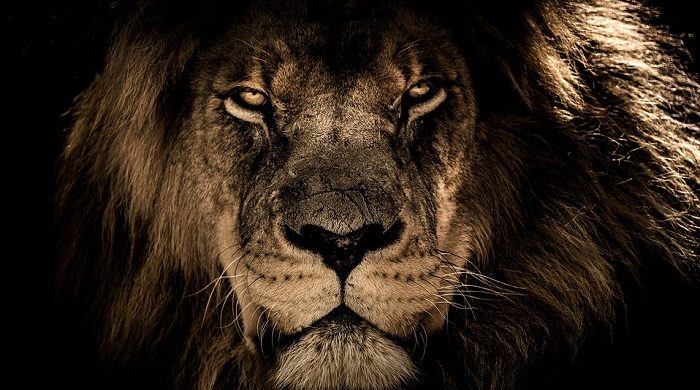 When we are talking about the strongest animals in the world, we have to say first that there are different types of strength. Some animals are very strong because their bodies are huge and muscular, so they can carry too much weight.

On the other side, there are also animals that are very small, but they can carry 10 or more times their own weight.

All of those animals are considered to symbolize and represent strength, so we will talk about them in this article.

Actually, if you continue to read this article, you will have the opportunity to see which are the strongest animals all over the world.

We are sure that some of them will probably surprise you because they may not look very strong at first sight, but you will see that the strength is their most important trait.

10 Animals That Symbolize and Represent Strength

Lion. You have probably guessed that the lion is one of the strongest animals in the world. There is no doubt that the king of the jungle has enormous strength and power, so most other animals are afraid of him. You may didn’t know but the lion is able to kill his prey only by using his strong paw. This fact is already telling you how much the lion is strong. It is interesting to say that there is no animal which is brave enough to attack the lion.

Lions are known for their teamwork as well. They are usually hunting their prey together. Lions are cooperative and loyal to each other. An animal that is attacked by a pack of lions has no chance to survive.

The lion is a very muscular cat, but it is important to say that males are much larger than females. Males have a weight about 150-250 kg, while females weigh “only“ 120-182 kg. Lions sleep approximately 13 hours every day, so when they wake up, they have enough energy to catch their prey.

Today lions live mostly in central and southern parts of Africa, but they can be also found in Asia, actually in the Gir Forest National Park in India. 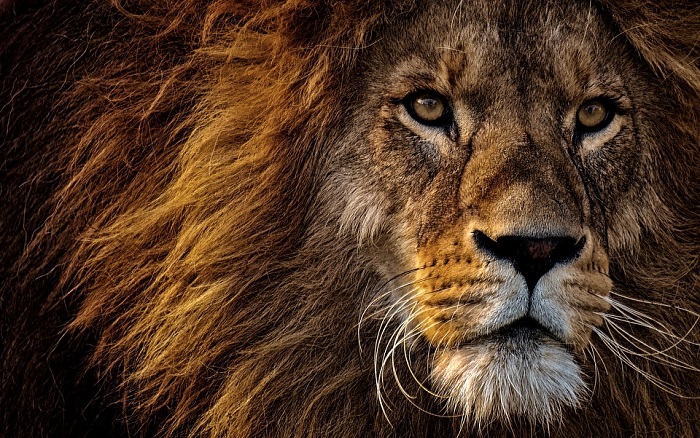 We have also to mention that the lion is a very powerful spirit animal that may appear simbolically in our life. This animal will symbolize our own strength and it will make us ask ourselves about our own loyalty. There is so much to say about the lion, his strength and all his powers, but we hope that you have heard enough to know that a lion may be the strongest animal on the planet.

Rhinoceros. The Rhinoceros or rhino is an animal that has been known since ancient times. There were paintings of this animal on cliffs and caves in the past, because people have always admired a rhino. But, it is also important to say that this animal is one of the strongest animals in the whole world. Other animals have fears when they see the rhinoceros.

This powerful mammal has more than one tonne in his weight, which may be telling you how strong this animal is. The rhino can be found in Africa and Asia and it is important to mention that people usually kill these animals because they are selling their horns, which could be very expensive on the market.

Tiger. When we are talking about the strongest animals on the planet, we have to mention the tiger as well. This animal is considered to be the king of all animals in Asia. This animal is known not only for his strength, but also for his charisma, alertness and anger.

The tiger is the largest cat in the world and it can be recognized for dark vertical stripes on his body. The tiger belongs to the same genus as the lion, jaguar and leopard.

There is no doubt that a tiger is a very powerful spirit animal as well and it is usually considered to be a protector of deceased people. Also, if a tiger is your spirit animal, it certainly means that you are a strong person, both in physic and spiritual sense.

Bear. There is no doubt that the bear is one of the strongest animals in the whole world. The bear is a carnivoran mammal and it can be found in Europe, Asia, North and South America. This animal has a large and very strong body.

It is important to say that there are many types of this animal. The most bear species are omnivorous, but we have to mention the panda who eats only bamboo and the polar bear who eats only meat. Even though bears are very strong and huge, they are also great runners and swimmers.

Different species of bears have different symbolism in the spiritual world, but there is no doubt that this animal is known for its strength and power all over the world.

Anaconda. You may didn’t know but snakes can also be in the group of the strongest animals. Of course, we will talk about anaconda, which is known for her great strength and powers. The anaconda lives in tropical parts of the South America and there are four species of this animal, but the strongest and the most important is the green anaconda.

The anaconda is about 5 m long and her weight is commonly about 30-70 kg. However, the green anaconda with 8,8 m and 227 kg is considered to be the heaviest snake in the world. The green anaconda spends most of her time in water, where she is hunting.

There is an interesting fact that the anaconda is not a poisonous snake. This snake will use constriction and she will grab the prey in the mouth and lock it using the teeth. The anaconda is known to coil around her prey and she will squeeze the prey until it dies. When the anaconda has a big meal, she doesn’t have to eat for weeks after that.

We have also to mention that snakes are very powerful spirit animals and if you have this animal as your totem, then you must be a very lucky person.

Elephant. The elephant has always been known as the biggest and one of the strongest animals in the world. It is a very large mammal that can be found in Asia and Africa. The elephant is the hugest animal on our planet, so many other animals have fears of his appeareance. The elephant is known for his long trunk, which is usually used for grasping food, taking water and also for breathing. Elephants are also known for their large ears which help them control the temperature of their bodies.

It is important to say that the elephant is a herbivorous animal, so he will not attack other animals first, but if he is attacked, then he will show all his strength.

Eagle. The eagle is also known for his strength and he is known as a bird of prey. This bird is the strongest of all other birds on our planet. We will mention the golden eagle, which is the largest bird in the whole Europe. This bird is also a very good sailor because he has long and wide wings. Eagle has about 3-7 kg weight, but he is able to catch prey that is several times heavier than him. That’s why the eagle is a bird that symbolizes and represents strength.

Gorilla. The gorilla is another animal that is known for its strength. It is believed that the gorilla can lift 10 times his body weight or approximately about 2000 kg. If the gorilla feels threatened and if he sees someone coming into his territory, then he can be very dangerous. The body of gorilla is so strong that he can kill his prey in only few seconds. There is no doubt that the gorilla is one of the animals that represent and symbolize strength.

You have seen in this article some of the strongest animals on our planet. We have told you why some animals are considered to be a symbol of strength, even though they are very small in size. We hope that now you can understand better why certain animals represent strength and why they are considered to be so powerful in all cultures all over the world.