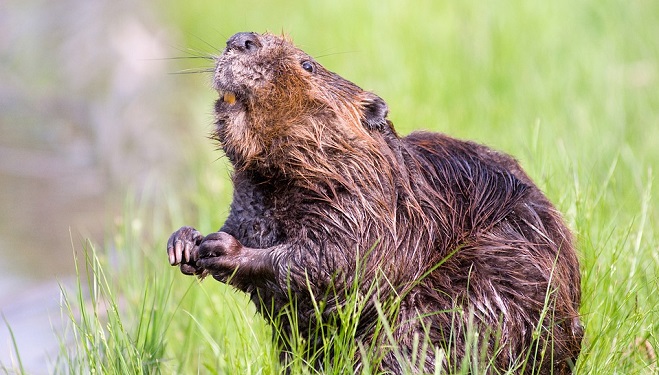 Beavers are small mammals that live in various parts of our planet. We can find them on almost all continents and their peculiar behavior caught our attention a long time ago.

Beavers are best known for gnawing on trees and building dams (heir shelters actually) in rivers.

Beaver symbolism is very popular and highly spread among many cultures of the world.

Hard-working – Beavers are always up to something. They are constantly moving around, cutting trees and branches, rolling them up into the water. Unlike other animals that take a rest from time to time, you can rarely see beavers carelessly lying around and doing nothing.

Industrious – Beaver dams are little works of art when you look at them closer. In order to resist fast river currents they need to be built the right way and extremely strong.

Beaver as a totem

As a totem beaver represents hard work, balance, industrious nature, patience and persistence. People born under this totem or protected by it have a clear idea about their future and they know what they need to do to make it happen.

People born under the beaver totem have a unique sense of creating and building things.

They are natural born builders who often base their careers on this talent. This creativity doesn’t necessarily mean building something out of a material, it also represents having a good idea about how things work and how to turn ideas into reality. 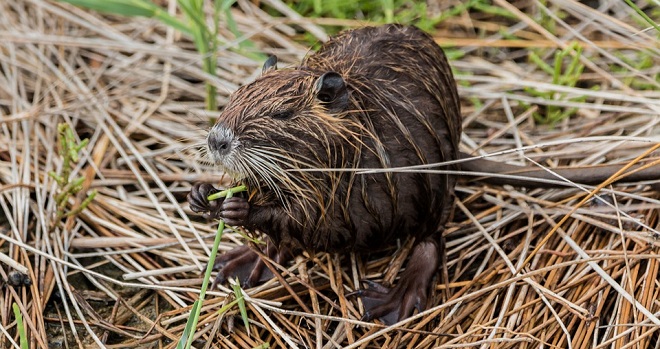 People born under the beaver totem are also very persistent. They are going to pursue their goals until they reach them. That is the only way they function and no obstacle is going to stop them. Together with this kind of strong will and hard work, beaver people are almost unstoppable.

When it comes to their private life, these people are usually family oriented and tend to be focused more on work.

They are true career-people who don’t like spending too much time doing unproductive things.

Even though this kind of life can distant them from their family, they are doing it for a higher cause.

Another great trait these people poses is patience. They are prepared to wait for the right opportunity to come, even if it takes a lifetime.

Since they have a strong sense for business and work, they often don’t wait too long.

Having balance in life is the key for people born under the beaver totem, if anything messes up this perfect balance in life, they easily become depressed and unmotivated. When bad luck prevents them from achieving their goal, they need some time to recollect their thoughts and think of new ideas.

This period of hibernation can take a while and when they are in it, nobody can wake them up. Overall, people born under this totem are stable characters who set their priorities early in life.

Beaver as a symbol in a dream

Dreams about beavers are very positive dreams to have. They usually bring us good news, but in some occasions they can disappoint us with their message.

If you had a dream about a beaver in general, then you should get prepared for a stream of positive events. Luck will definitely be on your side and everything you do is going to be successful. This kind of period in life comes rarely, so make sure you use it well.

If you had a dream about a beaver, when in a relationship, then you can expect a proposal very soon. Things between you and your partner are going to become serious and you will soon tie the knot. If you accept the proposal and decide to make your relationship more serious.

If beaver in your dream was swimming, then a business project you have been working on is going to be successful. You will gain respect from your fellow workers and your boss. This is a good time for investments as well.

If you killed a beaver in in your dream, then bad luck is going to enter your life. it is best to stay low until this negative period passes, and avoid making any big decisions.

If you had a dream about several beavers, then this dream brings you money. Everything related to investments and money is going to be successful in the upcoming period so make sure you make the right moves.

If beaver was speaking to you in your dream, then you should take the advice you recently got from someone. You initially thought that this was a bad idea, but this dream tells otherwise.

Beaver as a symbol in different cultures

Beaver made such an impact in many cultures, in a symbolic sense, that it actually got into dictionaries and folk sayings. We probably all heard about comparisons between beavers and hard-work, so it is no wonder that in English language, verb to beaver means to work hard.

Beavers are not only interesting because of their hard working skills, it is their dams that impress people the most. Some of them are so well-done and strong, that they can even endure tough river currents.

In Native American culture, beaver represents a very important symbol for many Native American tribes. To some tribes, the dam that beaver creates is a representation of preventing negativity from coming into our lives.

To the northern tribes, beavers were symbols of prosperity and were often used as charms during hunting. Teeth from Cherokee children were given to the Beaver and then a ceremonial dance was held in order to attract good fortune.

Beaver is also a Zodiac sign in Native American astrology. This sign represents people who were born between April 20th and May 20th (Western Astrology – Taurus).

This creature is often portrayed in cartoons and popular TV shows, and in all of them we can see the same symbolism. This only shows us that the beaver symbolism is deeply founded and it won’t be changed.

Beavers are national animals of Canada and highly beloved by the people who live there. Their symbolism can be found on almost everything, but there are many species of beavers living in the Canadian nature as well.

Beaver tattoos are not very popular, but when done they still symbolize strong will and goals that always get achieved.

Overall, this hard-working animal shows us how to be persistent in our goals and how to achieve the impossible. Everyone protected by this totem or born under it, are blessed with the ability to make their every dream a reality through hard work and dedication.