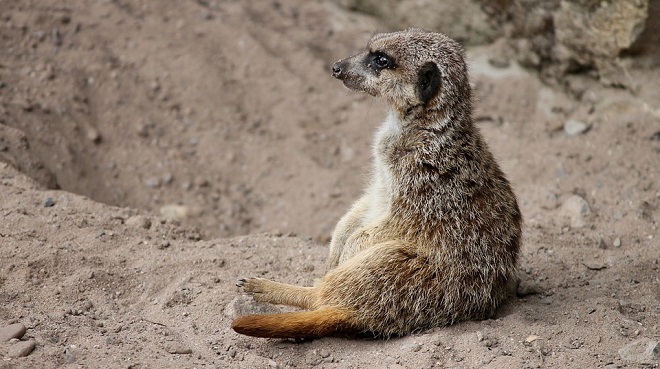 This cute animal is native to the Eurasian and African continent. Mongoose belong to the Herpestidae family and are similar to meerkats.

Mongoose’s habitat influenced its symbolism, so it was predominantly created by cultures that lived near them.

Courageous – Even though they are not large or especially strong, mongoose can defend themselves better than some larger animals. They are even used as pest control to maintain the number of snakes near villages.

Impulsive – It is hard to predict how the mongoose is going to react in a certain situation. They are very impulsive animals guided only by their wild instincts.

Mongoose as a totem

As totems, mongooses are symbols of adventure, courage, impulsive and rebellious nature.

Everyone born or protected by this totem is bound to be a leader in life. They don’t like being told what to do and where to go. Their rebellious nature is very alluring to other people, so many find them attractive and charismatic because of this.

Mongooses are famous for killing snakes and helping people get rid of them.

People born under this totem are just as courageous as mongooses and they will go after their goal no matter what.

In difficult and risky situations, they will be the first ones to offer help and stand next to those who are in trouble.

This heroic character is something that is highly valued by others so mongooses are usually loved by everyone.

They are not social butterflies but they love spending time with people and helping them.

People born under this totem are extremely intelligent and they often spend hours thinking about new ideas and projects.

You will rarely see them depressed or out of solutions, because they are always up to something .

. Overall, mongoose totems symbolize a well-rounded adventurous personality that knows where to go in life.

Mongoose as a symbol in a dream

As a symbol in a dream mongoose can be both positive and negative. If you saw a mongoose in your dream, then it means you are putting your walls up and trying to defend yourself from something.

If mongoose in your dream was dead, then you feel depressed or even betrayed by someone close to you.

Mongooses are symbols of courage and adventure, so if mongoose in your dream is dead, then it means someone killed your enthusiasm and joy.

If mongoose in your dream was attacking you this is a symbol of an enemy you have in your life.

This person is trying to inflict revenge upon you for something you have done in the past.

Mongoose as a symbol in different cultures

Mongooses were once known only to the people living near them. They were seen as adventurous, cunning and brave little mammals.

Mongoose helped people before and still helping them, fight against snakes that often attack villages and people living there.

In “The Jungle Book”, one of the characters caught our attention and we fell in love with its peculiar ways.

Mongoose named Rikki-Tikki-Tavi became the beloved character for many children around the world. In this tale about the brave mongoose, he saved his entire family from a krait and two cobras.

In Bram Stoker’s novel “The Lair of the White Worm” the main character, Adam Salton, bought a mongoose to help him capture snakes.

Mongoose later on appeared in “Sherlock Holmes” and many other famous novels and children’s tales. Another interesting thing about mongooses is that they are prohibited in the US.

Their symbolism dates back for centuries, but only now it has crossed the boundaries of its habitat and spread widely around the world.

Mongooses are often tattooed to represent certain traits of someone’s character, and we see more mongoose symbols around us each day. It is needless to say that these small mammals deserve a special and important place among all other animals.

They show us how size and strength doesn’t necessarily mean power. They teach us how we can change the world around us by helping others and standing our grounds firmly.