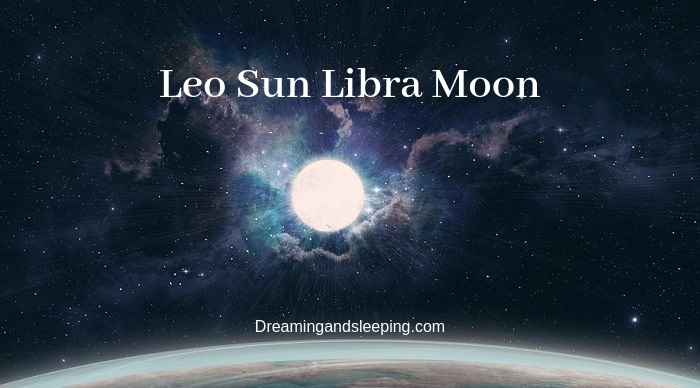 You probably already know that the natal horoscope deals with the analysis of the horoscope of a particular person; an individual who is expressed on the basis of a precise birthday, and the location of the planets at the time of the birth (among them, the Sun and the Moon).

All of them use the position of the planets, and among them, the luminaries.

Today we are talking about the personal horoscope of the person who has Sun positioned in the Leo Zodiac sign and the Moon in the Libra sign.

This is a person who has a lot of beauty, both inside and outside, he is a hero of his environment; he is radiating elegance and is very much loved in his society. But this combination also brings so many temptations – the balance and atmosphere in which he usually lives, but he is equipped with all that is necessary to overcome all those obstacles.

This person can be seen as the artist of life who is able to show what he knows and skillfully uses the relationships to grow and prosper in life. His pleasant authority is able to occupy very important places in society, and he is loved and respected.

If he is deep and sincere, he can go very far in the domain where he has decided to express himself, but if he suffers from superficiality, if he irresistibly attracts everything that shines, falls into the trap – a human who has luminaries located in the Leo/Libra combination will make a great effort to show himself as self-sufficient, looking for ways to gain a reputation with parading without a measure in various cruel places.

The only way that he can succeed in life is to concentrate on only one ambition and seeks to achieve it intellectually, and soon he will reach its peak.

In the end, this is a personality that easily adapts to living conditions and leaves its mark in every society where he finds himself.

The problem may occur at the moment when he does achieve his goal -then he throws himself in another, and another. He has every chance to live his life – both private and public – as it should be.

He is in constant search for beauty, emotions, and love is one of the best indicators of his psychological state, if things stand well, he can raise everything and make things perfect; and if not he will dedicate his life to working, friends and continually dreaming of great emotions.

As far as this human being goes, we must say that regardless of his strength and determination, even his orientation on his goals, decisiveness is not a stronger side. He is even insecure in this sense, but there can be the illusion of security that still gives great strength in the eyes of others, but in fact, he may be losing his focus in every possible way.

Even worse, he can stubbornly believe that what it is doing is right and with it, making things even worse.

Although this human being is prone to a bit of rebellious energy and this is most pronounced in his youth, he still somehow manages to have very friendly relationships and often realizes that his family and friends are the most honest and best advisers. He does not like small space, and to have boundaries in any sense, he works the best when he is free and independent.

Also, this is the person who often has unnecessary self-inquiries, and is prone to emotional “loops”, and he is aware that real changes always come when he least expects them.

Also, here we encounter one human being that slowly and unwillingly changes his habits.

When it comes to love, a person who has Sun and Moon located in the Leo and Virgo combination is a very communicative, very emotional and sensible person – he is the most energetic and the most loving of all Leo people, or the majority of them, He is adorned with the great sense of aesthetics and has a fine taste, so he needs a lover who can match this picture.

He is one of those interesting people who are constantly trying to look confident in front of others. He is charming and wants to love deeply and always tries to balance things mentally and emotionally.

But to really get something done, he needs a partner. Above all, he loves a harmonious atmosphere and is incapable of living alone – and this is a cause of all problems. This person may sometimes enter relations that are just good for him, just because he needs to be with someone.

He is a great idealist, with a fantastic heart and powerful feeling, who seeks the attention and who believes in “true” love, that is someone who never gives up true pure emotions and who often has great emotional changes, which go according to the principle or total emotional collapse or abrupt emotional euphoria.

Partners are extremely important to him, and since he works best in cooperation with others, he is definitely not a solo player. So, in this sense, it is very important what kind of choice of a partner he makes, because this combination can often bring about gross changes, and the possibility of later maturation, or a long wait for true love.

He is best when in a long-term relationship, although he hardly changes his habits, and this is definitely a part of his life that he needs to work a lot. And he is sometimes aware of this change, and sometimes he neglects it.

Elegant and sophisticated, he likes to be surrounded by beautiful things and beauty in general; his loving tendencies are indisputable. Often, he tries to impose his will and judge others, especially people who are close to him, like lovers.

But, all of his lovers must be aware of one thing, he is the one that carries his warm heart on his sleeve, and is friendly and sympathetic, so his partners forgive him that you are not always a fair judge. Happiness often comes in handy, although fate is uncertain.

Although his social and professional status is vital to him, he may often have problems with sincerity on an emotional basis, but he has the possibility of frequent disappointments (in particular, he must be guarded by calculated, disreputable, beneficial individuals). Although often he can be targeted by jealousy, he does not mind this at all, knows (usually) what he wants from life and love.

He is the one that has a massive chance to be very successful, because he has an extraordinary desire for ambitions in a spontaneous way, is worthwhile, being maximally, but also quite expecting of himself and focused on concrete results. Who can be his lover?

The perfect match for the person who has Sun and Moon located in the Leo and Libra combination is the representative of the Gemini Zodiac sign. This eternal boy is a perfect match since he is loved by many because of his wit, chaste, sociable, charm and resourcefulness. He likes feminine and energetic lovers, and the person who has luminaries in the Leo and Libra signs is just the one.

He will always motivate his partner to make a career, but also to have a vibrant social life – the situation that suits both well.

In friendships, this is the person who can be tactful and peaceful, has a peace of mind, a sense of justice and the development of relationships with other people -all that comes from the Moon that is located in the Libra Zodiac sign.

His charm is spreading even though he is something special and does not bother. Among friends, he has the authority but knows how to implement it very gently and imperceptibly.

Unlike the other people who belong to the Leo Zodiac sign, this type knows when to share the stage with others, and when to show himself in the best light.

Thanks to many of these amazing qualities, he will often provoke jealousy, but will still have a big circle of friends who appreciate his virtues.

This is an Astrological combination in which strong personality, determined will, self-consciousness values all in one person -this must be summed up so that you can see the true character that is behind this person.

He has a kind and balanced nature, characteristic of the Moon that is located in the Libra sign; and this human being is the one who always succeeds in gaining and maintaining an important role in life and in relationships with people.

Often, his interests are directly focused on gaining strong relationships with others, which he knows to use both positively and negatively because he is able to offer her protection and support as much as to receive and utilise them.

In the end, he is the one that can be balanced in his actions, and charming when he has his eye on the great prize that he wants: he is excellently accepted in a society of a different kind. Talented for contacts and relationships with people in general, and in such an environment, usually finds happiness in life.