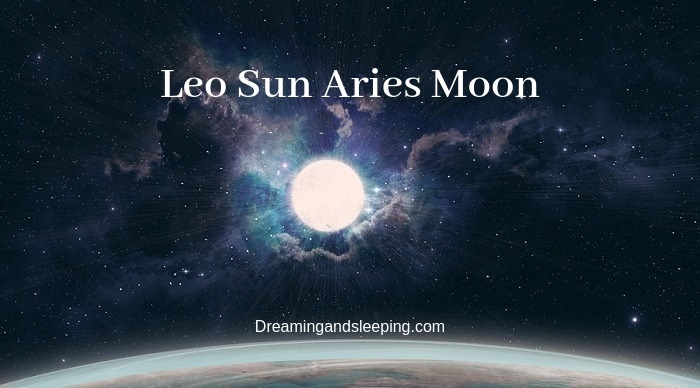 The Sun and Moon always draw the attention of people, these two objects always fascinate people; and in some early times of human history, these two objects were looked at as human beings, they were connected to the people’s everyday activity and were believed that affect human life in many ways.

This influence was mysterious way human’s existence and that these two were controlling our destiny. For centuries, people have worshipped and regarded the luminaries as objects of higher powers

So the luminaries were an important part of human history since, well, forever, and they are connected to our ancestors, heroes who, after a life of advantage were transported to the heavens, where they proceed to look down on, and, in a measure, rule over worldly affairs.

The Moon and the Sun are observed as our Mother and Father, and this belief is connected to the Astrology, and the analyses of the natal chart.

Today we are dealing with the life of the people who have luminaries located in the Leo and Aries combination.

Here we encounter a person who is so determined on the action in life, and is determined to succeed in his life; he is the hero of his own life, and he is willing to win any battle that needs to be won.

This human is a conqueror, the general manager, the one who runs the game and set his own rules; and in that process, this is the person who can show his selfish and powerful personality. He finds it very easy to rely on either to anger or revive an idea – and luckily for him, he chooses the first version.

It should be emphasised that he prefers to protect others that are in his environment than to be protected and predominantly organises his own plans in order to achieve surprising results, thanks to his inventive spirit.

A person who has luminaries located in the Leo – Aries combination has the talent to assert with his attitude, self-confidence, and personal magnetism. The will and power in it are practically raw, and nothing can distract him from his path – hesitation and reflection are unknown to him; he is rarely re-examined, but does not pretend that he alone knows the truth.

For him, first and foremost, he sees himself as the energy that is influencing the course of events, marking the world (or in the absence of him, his friends and the environment) with his permits.

When it comes to the negativity of this person who has Sun and Moon located in the Leo/Aries combination, one thing need to be said in the beginning – he has that kind of energy that is very penetrating, and it seems that he has less patience and that he is more independent than he really is.

At times this is the person who can be a naive and too honest, maybe overly spontaneous for some people (and this is ok, he should not be the person who is suitable for everyone), but a passionate person, broad-minded, maybe too much for some.

He seductive, and undoubtedly a creative human being who will do everything to triumph in life finally, and here we come to the problem number 1 in his life – he does not know where the boundaries for this human.

It is not ok to do just about everything to succeed in life. Some boundaries must be present, and this person needs to check his priorities regularly before he makes many mistakes.

He also sometimes uses or abuses some arguments to defend his wrong moves in life, and this is also one more aspect of his character that he needs to overcome as soon as possible.

He is one human being who hates anything that is mediocre, and he hates people who are cowards, but he is also one human being who needs the approval of others so that the image he wants to create about himself is confirmed. And now is the time to say one more truth about this human being – he can be incredibly insecure, and he needs approval from his environment to feel secure.

There is no doubt that the person who has Luminaries located in the Leo and Aries sign is energetic and has many activities during his day. And one thing that you must to know is that his activities have never excluded emotional life, and this is a good thing.

Besides everything that he does, love takes a special place in his life, and even if he does not seem like an overly emotional person, the depth of his emotions is amazing.

In his life, this great ability to love is often united with the desire to protect others and manage their lives – in love, like everywhere else; this is the person who must dominate in everything. He is capable of enormous generosity (especially for the people he loves deeply) for which he does not seek anything in return but painfully reacts if he is disappointed or deceived, especially by the people who have climbed on a throne(his love throne). This human deal miserably with failures and those failures in love are even harder to deal with.

So, here we meet one person who often falls in love, but at the same time, regardless of what kind of relationship he is at the moment, appreciates his freedom – he adores independence and is only happy when everything is under his control.

He is, as we have said previously the one that has to rule and dominate and he will work the best with lovers who will obey what he has to say. In this sense, he can be a bit over intense, but this is his character, and who accepts this trait can enjoy with him and have all benefices that a life with him brings.

We also must add one more thing – when this human call for love, that call of his heart is never futile – this is a person who has amazing success in love, and often has many lovers during life.

From his lovers, he expects to overcome their flaws and to become the ideal beings that he sees in them. This means two things – the first thing s that indeed, his partners could become better people, cause a person who has luminaries located in the Leo/ Aries combination can influence people in this way. Another version is that he can “kill” the confidence of his lovers, by criticising them constantly, in the attempt to change them for “the better”.

Fortunately, optimism often saves him from the bitter disappointments, and after many failures in love, this is the person who still believes that he will find that true love. And who can that be – We think that it could be a Sagittarius lover – he is the one that can deal with this kind of pressure and make things amazing.

He (Sagittarius) is one love that is totally relaxed and witty lover whose approach to love is open and this is the aspect that suits a person with the Sun in the Leo and the Moon in the Aries.

He is the one that understands the freedom that is necessary for this person to be in a connection, but at the same time, the problem may occur at the moment when he will show fear of engagement or stronger rapprochement. But, besides this, this is truly a connection that can work.

A person who has Sun in the Leo sign and the Moon in the Aries sign is one basically a restless person who is always on the move, and he wants friends who will follow his lead and be ready for action.

His approach to the world is immediate rather than diplomatic – he is brutal in this sense and can be too direct and too honest with his friends. His attitude is- take it or leave it.

We could also say that this person is rather extrovert and stubborn, courageous and dynamic, the one in the society that is always fighting for his convictions, the life and benefit of the people who live close to him. His almost inexhaustible idealism and he needs companions who will share the same enthusiasm for life and changes just like he has.

He is the person who is always ready for a quick start, full of optimism and promise that he will make a certain change in his environment.

The thirst for freedom and adventure, the tendency to risk and the pursuit of ideals makes him a great entrepreneur, researcher, stubborn predecessor and born pioneer – he is mostly endowed with great mobility and unbelievable self-confidence. But here is a little catch- he builds his confidence based on the acknowledgement of his environment.

In this section, we will try to sum up all that we know about the person who has luminaries located in the Leo and Aries sign. So, in this astrological combination, two signs of fire are connected – and one triumphal life is born, this is the human who is a creature that is idealistic and ambitious, mature for struggle and authority.

The power of will and activity are two qualities that harmoniously intertwine in this personality and create an amazing starting point for affirmation, not only material but also personal and moral.

This individual is the one that can grow truly, but he needs to have a good basis for growth.