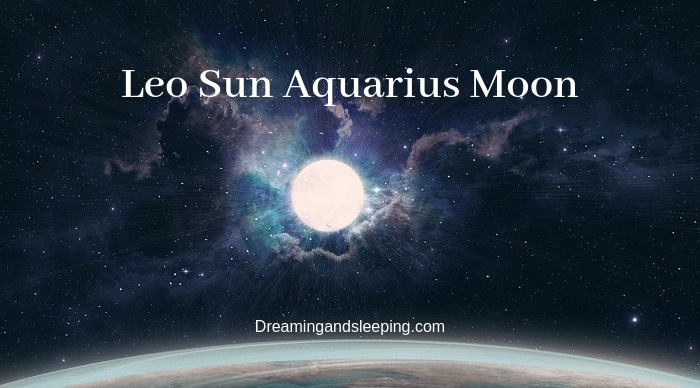 The Sun and the Moon (or the luminaries) are not just the objects that we see in our sky, they are a lot more, and they mean much more than you could ever imagine; so it is no surprise why these two objects found their place in the Astrology.

We all know, as we are through all of our lives, that the Earth goes around the Sun and that without it, we could not live, it gives us light, and energy to live.

The Moon, in this sense, also has its role, it is the one that also gives us something, and even that “something” is not so transparent like in the case of the Sun. It is said that the Moon affects our inner world, the way we feel, and interact with other people that are in our environment.

So, these two objects complement each other in their influence to people, and the same case is in our personal horoscope, these two, as luminaries are also taken into the examination since they carry an important impact on us.

Today we are looking deeply into the life of the people who have Sun located in the Leo Zodiac sign, and the Moon in the Aquarius sign.

Here we encounter one interesting person who surely stands from the crowd, and it is defined by the pure individualism that can be seen in every aspect of his life. He is the one that has freedom in his decision-making process, and he is the one that makes obvious to others that he does not need or seek any confirmation from others in anything that he does in his life, from work to love.

In the human that has luminaries located Leo and Aquarius signs, there can be seen an enormous self-awareness, and he is so confident that his own ideas are those that will lead him to the amazing success that others can just imagine.

He is the person who does not like to change a lot and the one that sees beyond the horizon; he likes to impose his ideas to others, and firmly believes that he is doing a lot of good for all people who are close to him.

The person is ignoring a lot of others’ opinions and will use all means possible to achieve his intentions.

He is an honest and straightforward person, who does not divide people, but he likes to be the rebel and the leader.

Sometimes this is the person who makes the biggest mistakes when he wants to shake things up, and he is the one that leaves a strong impression, so other people follow him in his “ideas”, and we must say, his ideas are sometimes just stupid and unnecessary.

In all of this, he is not the person who will be worried a lot if others do not feel comfortable in his company, or to feel ok with some of his ideas. He is direct and has his own idea of what is ok and what is not ok – he has his system of values and principles that he will never let go. And if these principles are not agreed with the majority of people, the better, he then feels like he is even more special.

But the problem is when the majority of his environment does not see the world with the same eyes. Then comes the moment of the misunderstanding and rejection, and deep inside, when the Sun in the Leo sign wakes up, he can feel like he is not valued or loved in the way that he thinks that he deserves.

As you can expect, this is the person who has Sun and Moon located in the Leo and Aquarius combination, and he is the one that leaves an impression, but what can be felt is his pronounced internal closure, which can sometimes be too cruel, making this person ruthless and untenable, deprived of consideration towards others.

This could be a lethal combination, in a sense, that he wants to be adored and respected by many, but he just won’t open his heart so easily.

He can be closed in an emotional sense, and we are not talking about the romantic love, but even the love that he should openly show to his parents for example, and he honestly does not know how (or just does not want to).

What we can also say, is that this human being in love, sometimes make an interesting choice of lovers, maybe those who are not acceptable for his family, or society that he lives in. And for him, there cannot be a bad decision, and he sees his love decisions as very clear, he is a rebel, and this love game just makes his life even more interesting and exciting.

Having said all of this, you may understand that this is one very interesting and equally “striking” combination the astrological aspects in the personal horoscope, although it is a combination of two opposing energies that collide.

One side is the one that gives this human the desire to go forward with the strong individuality, and freedom, while the others side wants to rule, to turn everything around him, including his lovers.

It may take some times for this human being to understand and eventually loved, but he is the one that deserves that love, because he has a lot of offer in return.

For this human who has luminaries in the Leo and Aquarius, in love, the most important thing is his freedom, although he may be contradictory, that he has phases that he does not know what he wants, and he always wants love, attention in huge amounts.

This may be very confusing for his lovers since he can be very unhappy when he is alone, although he is not always completely alone, always is full offers, events to attend to, etc. People are intrigued by him, and just thanks to this mystery and controversies he can be a target of many potential lovers.

He loves when people remember him, but he never wants to be like everyone, so he will tend to dress more original or to draw attention to some unusual details on himself.

So, who can be a match for this person?

In love and interpersonal relations, this could be a representative of the Sagittarius sign with whom this person will be able to spend the most beautiful moments of love.

Free Spirit that can be found in both of these two lovers means that they will have enough passion for leading you on an exciting, emotional journey. It will teach him the importance of trust.

This is one person who enjoys being in public, and he does not mind beings in the centre of attention; cause this could match his eccentric performances that he sometimes has, just to prove something that he believes in.

And his friends, even if he does not have them many, accept him for who he is – that friend that is different from anyone else. And in this sense, his closest people are different, one from another, since he has no judgment, everyone could be his best friend, if the click.

In his personal views, he cannot be affected, he knows what he knows, and in his friendships this is clear.

But he also has a kind and big heart and is surprisingly more oriented to others and partners than to himself. This may come as a surprise since this person is usually seen as the human being who does not need anybody and likes to be alone so that he can take of his needs.

Otherwise, he is a great friend who has a new friend wherever he appears, but the Sun in the Leo follows emotional affairs, ongoing events, so many of his friends become his lovers, and this is not anything unusual in the world of this person.

In this summary we will try to speak more about the person who has luminaries located in the Leo and Aquarius signs -he likes reforms of all kinds and constantly operates with progressive, but revolutionary ideas. He is kind, and noble even, at least he is seen like this in the eyes of others.

In a way, he has personality, sometimes a bit strange to the environment, but this does not exclude that he can be an exceptional friend.

His motives must at the same time meet the requirements of egoism and altruism, which presupposes a balanced complement of these two contradictory things. Without such a balance, if she is too eager for power, she risks not to realise her human ideal.

In the end, this is the person who has incredible mental abilities- both intelligent and remarkable and with the extraordinary power of concentration and a great deal of commitment to his ideas.

In the best scenario, this is the person who is humane and able to control himself and his environment.