Elephants are amazing creatures. They inhabit warmer parts of our planet and their large and strong appearance makes them an eye catcher for everybody. Elephants fall into the category of smart and intelligent animals.

Some of their species are now endangered because of people who constantly shift their habitats and destroy their living areas. Symbolism of an elephant has always been strong. We can find proof of this symbolism all around the earth and in most cases, elephants have been worshiped as sacred animals.

Strong – Elephants are extremely strong and powerful. Their thick skin gives them enough protection from the outside heat and their large bodies are the best defense mechanism from wild predators. Elephants don’t need to put too much effort in defending themselves, because one kick with their legs or their large trunks will be enough to scare the predators away.

Gentle – It is something that is very hard to believe, because when you look at an elephant, he seems everything, but he doesn’t look gentle. They are, however, very calm and nurturing creatures. Elephants rarely attack, and when they do, it is only to defend their young ones and to defend their habitat.

Affectionate – Elephants get attached to people very fast. They love being around humans, especially if they are treating them the right way. Many elephants spend big parts of their lives living near people and their communities, and no incidents have been reported.

Elephant as a totem

People born under the elephant totem are everything you imagine an elephant to be. They are born to be parents and they treat their children in an affectionate and loving way. They tend to be very protective when it comes to their family. They certainly won’t let anybody get close to them and hurt them in any way.

People born under this totem are also very calm. You can tell them whatever you want and try to provoke them with words and actions, but they will remain calm. This is something universal for these people and you can easily recognize them anywhere. They are the ones who like to sit politely and listen to others, while thinking about a way to help them solve their problems. 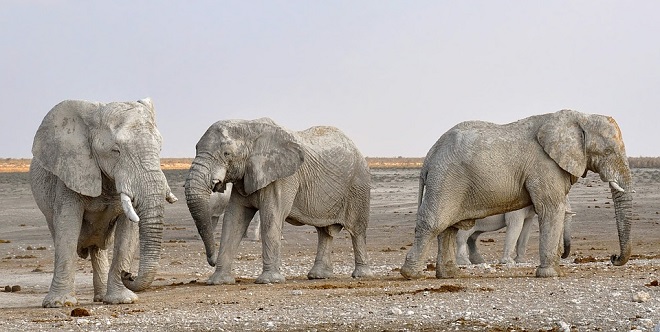 Even when they have a lot on their mind they won’t get angry and aggressive towards others. This can perhaps be bad for them, because they tend to bottle everything inside, but they don’t know how to act differently.

People born under this sign are also very intelligent. They tend to do well in school and on their jobs. Their intelligence and creativity makes every job a dream job, so they won’t have problems providing for their families. They are also able to see more than other people. They can look at things from another perspective that is sometimes unavailable to others.

This can be very helpful, especially when they find themselves in area or field that requires not only hard work but also a little bit of imagination.

People born under this sign have good luck everywhere they go. Everything they do and say somehow ends up just the way it should be. Even when the odds are stacked against them, somehow they end up being victorious.

Fortune is another trait this totem gives to the ones born under it. People with an elephant totem have a lot of luck in life and not only that, they have a very good chance to live lavishly. Since they have enough luck and intelligence, there is nothing more that they need in life to succeed.

Being around these people is a true blessing. You will get their kindness and warmth, and you can also learn a lot about life listening to their amazing stories. People born under this sign understand life better than others and accumulate their experience, that later helps them get out of any trouble.

When you need advice it is probably best to come to these people, because they will definitely offer you a different outlook on things and a great solution to solve your problems.

People born under the elephant totem are very affectionate. This can be seen through their interaction with others but also their relationship with their family members and friends. They love making other people feel good, and you will never hear something hurtful coming from them.

They are simply in love with life and in love with all the people, so there is nothing that can make them hurt or disvalue someone. They always appreciate things they get in life and understand that memories and emotions are more valuable than any material goods.

I already mentioned that people born under this totem are family oriented. They love spending time with their family members and investing in family relationships. Base for everything in their life is their family, so they will work hard to protect it from any outside source.

People born under the elephant totem are also very soft spoken and kind people in general. They get along with those who are a little bit more outgoing, because these people tend to be their advocates and help them open up more to the world.

These people are very in touch with their feelings. This can make it difficult to let go of grudges and old feuds that had with someone, simply because it is hard for them to process that not all people are nice and willing to be open for compromise.

If you had a fight with this person, then be sure that they still remember it and they probably will for the rest of their life. This is not a bad characteristic, it is simply a sign that people born under the elephant totem are very sensitive and you need to handle them with care. If you learn how to do that, then you will get an affectionate and caring person, that will always have your back.

Elephant as a symbol in a dream

Elephants in dreams can have different meanings. Meaning in a dream depends on other aspects of a dream, so sometimes even a small detail or a situation that played out differently can change the overall meaning of a symbol, in this case, elephant.

You will have a very prosper time in front of you, and you should use it in the best possible way to achieve everything you imagined.

White elephant meaning in a dream is a negative one. Perhaps you will be cheated by someone or you might buy something that is worthless and you won’t be able to get your money back. All in all, you will lose a certain amount of money.

To stumble upon an elephant in the wild, represents that you will meet people who will help you in life. They might end up giving you professional advice or just being there for you when you need them.

Elephant has been, and still is, an important symbol in various cultures. In Asia, elephants are symbols of wealth and wisdom. Almost every home has elephant statues inside that supposedly bring fortune to the household. Asians have worshiped elephants for centuries and thought of them as animals that have a strong aura around them.

In China, their chess has an elephant figurine called Xiang, and the figurine has defensive position on the board. Elephants are symbols of power, intelligence and wisdom. The reason why elephants are so present in the Chinese culture, is because their natural habitat is in that region. For Asians, elephants have been a source of transportation but also a sign of abundance.

In Buddhism, elephant represented mental stability and power. They were considered to be extremely smart animals and white elephant was a symbol for a kind and calm mind, that can’t be easily controlled by others. Many stories and legends testify that Buddha was a big elephant lover and his mother, Queen Maya, could only conceive a child after dreaming about a white elephant, according to these stories.

In Hindu culture, elephants take on an important position. Deity Ganesha, who has a human form but an elephant head, is one of the most loved and worshiped deities in Hindu culture. Ganesha is the remover of all obstacles in life, and many people pray to her to release them of their problems.

Elephants are also linked to the rain and water. They are often carriers of deities and Gods, and we often see images and sculptures of elephants carrying Gods. Elephants are also signs of wisdom and prosperity in India and they are still highly worshiped and valued.

In Christianity elephants are not as present as in the Eastern culture. In the story about Adam and Eve, i n some version, they have been presented as elephants. People believed that elephants don’t have joints, so they often used this as a symbol for a falling man. When a person falls into sin, then they used to say that an elephant has fallen.

Elephants were also signs of chastity in Christian countries and their thick skin represented their stubborn nature and strong will.

In Feng Shui, elephants have an important position. They supposedly, bring good luck to our homes and rules of Feng Shui often suggest including as many elephants symbols in your home as you can. To protect your home, you should place to elephants at the entrance to your home and you should also have your table made into the shape of an elephant, for knowledge and wisdom.

Elephant statues made out of jade are symbols of power and good luck. Their light green color symbolizes harmony and well balanced life.

In Africa, elephants are highly valued and worshiped animals. They represent strength, wisdom, power and longevity. Coat of Arms in the nation of Ivory Coast, has an elephant head on it and on the Coat of Arms in South Africa, we can see elephant tusks.

In the USA, probably the most famous elephant character is Dumbo, a lovable baby elephant who captured hearts of people around the world. This animated movie is still one of the best creations of Mr. Walt Disney.

Elephant tattoos are also very popular and they usually represented wisdom, kindness, knowledge and calmness. This motive has become very popular in the last few years and promoted by the “Hipster” culture all around the world.

In politics, Democrats have their famous gop elephant symbol. It is represented by three country colors, red, blue and white and stars that represent states. Overall, elephants have been and still are an important symbol around the world.  The bring luck and prosperity to every home, and this belief is the one that stuck around from the longest time, so make sure you bring your lucky elephant everywhere you go.