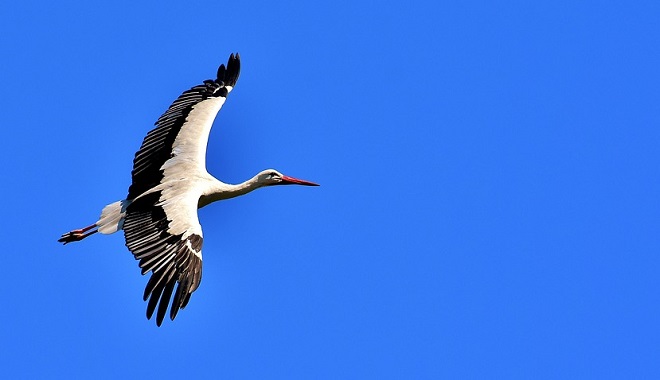 The ability of a bird to fly was early on determined to be a link between the sky and the ground. Paleolithic bird drawings are usually linked to shamanistic rituals or the depiction of the traveling soul, while the later interpretation of the bird was as a symbol of the air opposite to a snake symbolizing water in the area of ​​Neolithic and Eeolithic.

The roots of this symbolism were continued into the iron and bronze age all until today.

Usage of birds as symbols dates back to the Antic period, but from all bird species, eagle was the most common bird symbol of all. Statues of Augusta and Tiberius were built with eagle symbols, which speaks of great respect the ancient cultures had for eagles and birds in general.

Greek-Roman mythology was full of eagle symbols and representations. It was considered king of all birds and ruler of the sky. Eagle is a symbol of ruling the sky and the ruling of all that is beneath him. Eagle is directly linked to the ruling family and military. Its power is extremely important and valuable today, just like it once was.

In the Greek-Roman religion, the symbol of the rooster is also important. The rooster is associated with Apollo, Leto, Artemis and Zeus, or gods of the Sun, because roosters announced sunrise. The routine practice of fighting of the roosters connects them with the war deities, Athens, Dyonisius and Ares.

Symbolism related to death is the most sophisticated, and rooster often serves as an offering to the gods. He is a link to the cult of the dead and presented as a messenger of a new life, symbol of believing in life after death.

Birds are used in presenting the fight between Pygmy and the cranes. The motive of crane fight against Pygmy people is often symbolic representation of a fight between a weak and much larger opponent. This motif was widely spread in ancient art and in art of many cultures. This motif is very popular and present around the world.

Heron was often used as a motive in antiquity. The heron was considered by the Greeks to be a prophetic bird and attributed to the goddess Aphrodite. Sailors believed that the appearance of the heron was a good sign, and the belief that certain parts of the body (feathers, beak) protected them from an accident and that healed numerous physical defects, was widely spread.

With the emergence and spread of Christianity, the new religion, some of the old motives in art are inherited, and some got a new symbolism, which transformed them into something new.

Pluto with several peacocks who drink is the representation of Eucharist. It is a motif that appeared in the beginning of the new era, but it has reached its peak in early Christian and early medieval art. In Christianity, the peacock is a paradise, symbolizing immortality and Christ’s resurrection, which is linked to the belief that the flesh of the peacock does not rot.

From the 4th to the 7th centuries, bird-like fibulae appear, representing a pigeon, a peacock, a rooster, or an eagle. At the beginning of Christian art, the motif of the bird was used as a symbol of the soul. The representation of birds surrounding the central motif is very common on old statues. 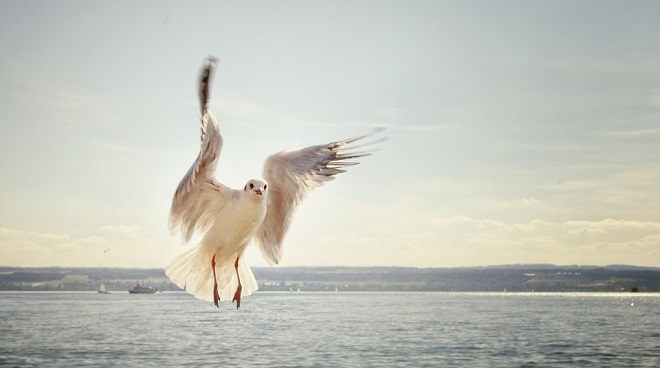 Seeing birds in front of you and around you in dreams

Dreams about birds flying around you are a positive sign. Bird symbolism was extremely valuable to many cultures around the globe therefore this dream is bringing you good news about the period that is ahead of you.

Interpretation of this dream also depends on the sort of the bird that was flying around you.

Sometimes certain birds can have a more positive meaning than others, so the more details we remember about the bird the better.

Dreams of flying birds are always a positive dream to have and you can rely on the symbolism to help you overcome struggles you are currently facing. Our ancestors relied on bird symbolism to determine their faith and help them predict their future.

Vultures in dreams are always bad signs, except when they are dead or when we kill them. If you saw such a bird flying in front of you, then you need to be careful about your actions and words.

Someone might try to trick you into doing something you don’t want to do, so be extra cautious.

Dreams about birds had an important place in their lives and were considered very valuable in this prediction. Bird dreams were important guidelines that helped our ancestors determine the next path to take and thing to pursue.

Dreaming of birds around you has the same symbolism as the dream of birds in front of you. The only difference in interpretation can be, depending on the type of the bird that was around you.

Eagles and other strong birds symbolize strength you will receive to conquer problems, while vultures can symbolize death and sadness.

Seeing birds like swans and doves are dreams that announce a positive period ahead of and love that is coming our way. It is very important to remember the way we felt when we saw each bird in our dream and in which situation it came to us. This helps us understand the message behind our dream better and to interpret our dream more accurately.

Birds flying in front of you or around you – Good or Bad?

When you saw birds flying in front of you or around you in real life, it is very important to notice which bird it was. Certain birds can have a more negative meaning than others, so we need to pay attention to that.

When you saw a vulture flying in the sky o around you, this is usually considered to be a bad sign. Some cultures even believed that this was an announcement of death and bad luck in general. Same goes for crows and magpies.

These birds are carriers of bad luck and we should expect something bad to happen when we see them.

On the other hand, eagles or peacocks are birds that are carriers of positivity and good luck. Even our ancestors looked forward to seeing these birds in the sky or in front of them, because this meant that the good luck is coming their way.

Sparrow is also a symbol of good luck and hope. Seeing a sparrow will bring you back hope in yourself and your capabilities. These small birds are carriers of positive energy and luck, so never chase them away when you see them.

Another positive symbol, when it comes to birds, is the dove. When you see a dove or more doves, you can expect great things to happen. These birds are symbols of love, prosperity, harmony and peace.

Seeing a dove flying in front of you is a symbol of good luck and love that is coming your way. Especially white dove is considered to be a pleasurable sign to see. White doves are symbols of love and relationships, so they are always welcomed.

Bird symbolism is very rich and complex. It is hard to sum up all the mythological and cultural representations of birds into a short text. Bird symbolism is a diverse as are the species of birds that inhabit our planet. Some of them are considered to be lucky, others not so much.

Even though the opinion of our ancestors had an impact on our view of certain birds, their symbolism has still changed over the years. It keeps on developing and forming, and it will continue to do so in the future.

When it comes to seeing certain birds, it all depends on the specie of the bird. Some birds are considered to be carriers of good luck while others are the ones we need to be scared of. Ancient portrayals and cultural references tell a lot about the symbolism of a certain bird. Even though we are forming our own opinion of each species that lives on our planet, it is still very much influenced by the thoughts of our ancestors.