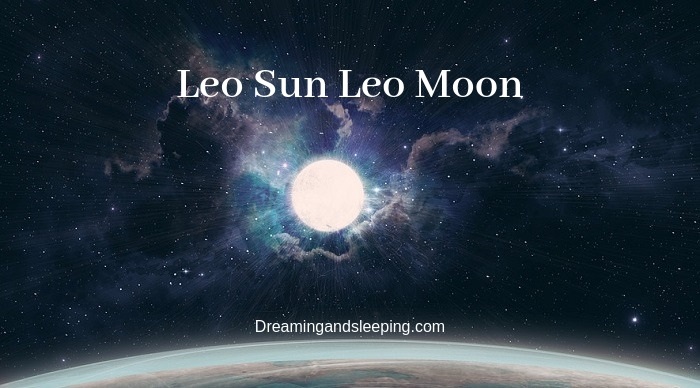 Many scientists even in the early times claim that Moon and the Sun are connected to the mechanical laws, and also physiological phenomena that appear among human – subsequently, this knowledge came across to the world of astrological medicine and astrology in general (later on).

It is believed that the Luminaries have a constant impact on the human bodies and that the diseases thereby are produced, based on a certain impact that comes from them.

This comes from the knowledge that due to the mechanical effects of solar and lunar emissions, especially the gravitational forces of the tides, a lot of pressure is out on the humans – you can always think on that night that you did not sleep well for example, etc.

It is all about the full Moon, for example. This is all scientifically proven, Moon and Sun, definitely have an impact on all living creatures in the Earth.

And bit by bit, the importance of the Luminaries came to the people who dealt with the mystical sciences, and also with the Astrology.

Astrology and the natal chart cannot be imagined without the mention of the Sun and the Moon; because it is proven that they have an effect on the people both physical and mental. In a horoscope, they influence both inner and outside world of a certain human.

In this piece, put focus is directed to the people who have both luminaries located in the same sign – Leo! Is this position, where both, Sun and Moon are located in the same Zodiac sign guarantees that this person will have an amazing personality and even better life? You can read all about this.

This is one individual that strives for the size and generosity in his life, and for the overall feeling that he needs to be powerful and mighty.

When someone is strong, he can allow himself to give and bring others what they miss, and the person who has Sun and Moon located in the Leo sign is that person.

This astrological combination is considered to be conventional, but it is all about his superiority, this human being radiates generous sovereignty, and he will do everything to keep things this way, his comfort zone need have relief and freedom all the time. Even the traits and skills that he does not have, he will act as he does have them, and he will do it believably, so this is a virtue by itself.

When in a certain environment, this is the person who finds a cosy terrain to demonstrate his self-esteem and mainly manages to work with elegance.

Often times his job is connected to the world of extravagance and elegance – this is a place where he feels like the most himself, and he maybe gives the best result in these areas.

In his heart, there is no place for the pettiness and cunning plans, and he would float above the material issues as the master of his instinctive impulses and know the forger his personality to be the best it can possibly be.

This human being believes that he himself has the greatest power of all and that he can triumph over influences of other people, and usually, he can. So, therefore, we find the strength of the will and the spirit of the initiative, the volcano temperament, perhaps a bit inelastic, but safe in itself, for which there are no obstacles.

Still, in the depths of the soul, we will find a good and harmless being, ready to let go of feelings, and which, almost unbelievably, is not aware of the weapon it owns.

Having said all of this, you must think that this is the person who always achieves his goals, and this is not the complete truth. It does not mean that the person who has luminaries located in the Leo sign will make to his goals.

Sometimes it happens that he realises that it is too early to think of itself as being greater than it is, to believe that it is predetermined for a job before it has acquired the knowledge necessary for its performance.

He can jump to certain events, even if he is not ready for them, and eventually, he will have to deal with the consequences of his actions. And one more thing -his strong pride prevents him from making an effort necessary for a good disciplining and moving on from certain failure.

In the end, this is the person who is little inclined to self-criticism and humility, and when times are tough he is lost in the illusions and allows victory to be vain, and his maniacal thirst for success make him a lot worse person that he is.

When it comes to love, in the life of this person there is no middle ground, he does everything intensely, or he does not do things at all. And in times when his feelings become serious, he then tries to impose on others his own law, with firm faith in his personality, and if his lovers do not like it, they can leave.

Even if he may suffer, and even if he may feel that he may be made a mistake, he will remain by his decision.

Also, when things are not going in the desired direction for him, this is a person who will go from the broad and magnificent; top the completely sarcastic person who will do things in the other way than expected.

So, with him, the situation is you go for all or nothing, and nothing in the middle interest him – when he loves, he loves with his all heart like there is no tomorrow. When he stops loving, you can relate this feeling to almost a hate. There are a lot of passions going on his heart.

Even when deeply in love, this is the person who does not like to show it but likes to brag about it and to deal with it very noble way.

You need to have a certain quality if you want to be in a relationship with the person who has Sun and Moon located in the Leo Zodiac sign. He needs confirmation for his efforts in love, and in this sense, his lover must show his respect and admiration. And this is not easy since he does not like people who are weak and are not passionate.

So who can fit into that profile? The one and only Aquarius lover – he can confirm his need for freedom and independence, the love for the most ludicrous ideas. And he will do so if you give way to those who could make him love.

When Aquarius partner loves someone, it can be seen from the plane, because he sees no sense in hiding their affection for someone. People born in this sign are naturally attractive, and with them, your mind can easily become overwhelmed by craving if you are not ready for it.

Sexual desire is just one aspect of Aquarius in Love. He is interested in getting to know his lovers well, and he wants to know everything about him in different fields and levels.

The presence of the person who has luminaries located in the Leo Zodiac sign is felt in every situation, everything has to be so dramatic, and he likes to project to the audience – this is ok, but his friends my mind this.

No one wants when some things are in question, like secrets and problems to be seen in the public, and this person is constantly doing so. He cannot keep a secret, and even if he does not mean anything wrong, he is the one that can get in a lot of trouble because of this trait.

There is no doubt that he is always at the centre of attention, but he may have to learn hard to share a central place, at least with his closest friends. Because you know, this is the person who has a lot to offer, and he baths his friends with his warmth, optimism and generosity.

This is the person who has an impressive appearance, a secure attitude, proud movements and a strong ambition to succeed. Of course, he is much more than this: the personal portrait of this human being is more complicated because of the psychology of astrological combination where the two luminaries are located in the Leo sign.

Possible behaviors that he exhibits are also more diversified – and his motto is that if he wants it, he will get it. From this connection, an irresistible person can grow, whose magnetism is impossible to escape, especially because of the fact that nothing in it is artificial.

Some say that this person has true traits of a real king who has aristocratic habits and often shows distance toward other people.

Sometimes he can act low and limited in his intentions to achieve something great, and in that process, this person may use the lowest “punches”, even if he does not have to do that at all.