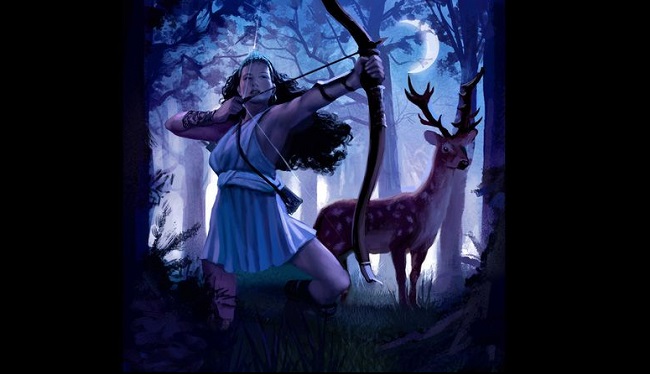 Roman mythology represents a combination or a mixture of Greek and Etruscan mythology. Romans surely developed their mythology based on the teachings of other cultures and civilizations. When we read stories from Roman mythology, most of them resemble stories from the Greek mythology and the only difference is the names. The leading Roman gods were Jupiter, Neptune and Pluto. Planets in the universe were named after these Roman gods which only one proof about the significance of Roman mythology to the world.

Roman mythological stories are mostly a combination of stories that teach us about life and moral messages we need to learn. These stories teach us how to be kind to each other but also how to persevere in the world.

Besides having few higher deities, there are also other deities to which the Romans gave a big importance. In the past, people related happenings in the nature and everything they couldn’t explain to gods. Thunders, rain, drought, everything was related to gods and their will.

To please gods, people used to hold festivals and events in the honor of gods. These festivals are even held today and some of them became trademarks of certain cities. Roman mythology is rich and still relevant today and many works of art and literature were based on this rich cultural period. In today’s text, we will be talking about the Roman goddess Diana, who was the goddess of hunt and moon.

To Romans, goddess Diana was the goddess of hunt and the moon. In this ancient mythology, Diana was often related to nature, animals and woodland. Her powers were speaking to animals, having control over the woods and all animals in it. The name Diana comes from the word for “divine” or Heavenly”. To compare the Roman and Greek mythology, Diana’s equivalent in Greece is goddess Artemis. When we read stories about this Roman goddess in particular, they are very similar to the stories about the goddess Artemis. Both of them had the ability to talk to animals and control them in case people misbehaved.

Goddess Diana was counted into the so called “frame gods”. These gods kept a strong original features of celestial divinities and weren’t in any way associated with the gods in Indo-European religions. Goddess Diana was associated to light, virginity and she was always present in the woods and among mountains. Her presence could have been felt in the woods especially, and her original title was the goddess of hunt. Diana reflected the heavenly world, which means she was related to supremacy, impassibility and indifference towards world matters. Even though goddess Diana stayed away from human matters, she did ensure the continuation of human race by protecting childbirth and the young. Her obligation was to keep a close eye on the succession of kings.

Goddess Diana protected the lower class citizens, therefore her faithful followers were the slaves and the people who belonged to the lower class of citizens in general. The temple of Diana was presided by a high priest who was once a slave. The presiding priest was chosen based on an old tradition. The slave would be named the high priest only if he managed to pick a branch from the sacred tree of oaks and then fight the current priest until death. This only speaks about the importance of goddess Diana to the lower class citizens and how much they relied on her protection. In ancient times there weren’t many deities of such stature whose protection was directed towards these layers of people, which is only one reason more that raised goddess Diana to such heights.

The cult of Diana in Rome is almost as old as the city itself, because there are mentioning’s of the cult in the earliest found works about the Roman city. According to ancient myths, Roman goddess Diana lived together with the nymph Egeria and her servant Virbuis. These three used to live in the Woods of Nemi close to a city called Aricia in the Southern part of Rome. The three women lived in a grove made out of oak tree.

According to the writings and findings of a famous archeologist Francoise Helene Pairault, goddesses Diana of the Adventine and Diana Nemorensis were deities based on the cult devoted to the goddess Artemis. This cult spread from ancient Greece to ancient Rome and was spread with the help of Etruscans and the Latins in the 6th and 5th century BC.

It is safe to safe that the Roman goddess Diana had an important role in the Roman mythology and her significance grew as time passed. From the goddess of hunt, this deity grew to become a Triple Goddess and her importance to the common man was one of the reasons why she became such an important spiritual figure in ancient Rome.

Goddess Diana highly influenced the art and literature in ancient Rome. Goddess of hunt Diana was often represented as a young woman, between 12 and 19 years of age. Her skin was fair like Aphrodite’s and her body was slim with small hips and a high forehead.

These are the most common representations of this Roman goddess, which are often seen as sculptures, paintings and descriptions in ancient written documents.

Diana was also portrayed wearing a short tunic as it was necessary for her to wear something comfortable if she was to hunt in the woods.

Festival that was held in Diana’s name happened every August 13th. Worship of the Roman goddess Diana is also mentioned in the Bible. According to an old story from the Bible, Ephesian smiths who were scared of the preaching about Christianity by the Apostles shouted “Great is the Diana of Ephesians”. This story paints a picture of the moment when Christianity began threatening the Roman mythology and religion, and the way people felt under this shift.

Goddess Diana was also well known in the ancient Latin tribes. Many sanctuaries and temples were built in her honor in the lands that were inhabited by the Latin’s. One of the first ever known sanctuaries was near the Alba Longa, right before the city was destroyed by the Roman army.

A wood sculpture near the lake of Nemi was a Latin built structure and the proof of its existence was testified by the epigraph Cato. On the Aventine Hill in Rome, there is a shrine devoted to Diana.

Goddess Diana was primarily the pagan goddess and not completely a Roman goddess. The reason why she was separated in this category lies in her background or her origin. The cult of Diana is related to the Early Modern Europe’s cult of Nicevann, that is also known as Dame Habond or Herodiana. Goddess Diana is also related to the myths of female Wild Hunt.

Today, there is one branch of Wicca that is named after the goddess Diana. They are characterized by an exclusive focus on the feminine aspects in the Divine. In a chant by Wicca, Diana’s name is used as the third divine name. In Italy, there is a religion of Stregheria embraced the goddess Diana as their Queen of Witches. The term witches doesn’t have the same meaning as in popular culture. Witches to the followers of Stregheria, represent wise women and healers of the time.

In the period of Renaissance, Roman and Greek mythology became the primary inspiration for artists across Europe. It is no wonder that most works of art devoted to Roman and Greek mythologies were created in this period. Myths of Diana were often represents as dramatic and visual. L’arbore di Diana is a famous opera that was created in the 16th century and in the Versailles, Diana was incorporated into the Olympian iconography together with Louis XIV who was the Apollo-like King of the Sun. many famous painters such as Peter Paul Rubens, Titian, Boucher and Poussin all painted Diana and devoted their talent to recreating her image. Most of these depictions were the ones of Diana and Actaeon (and Callisto) where they were depicted as resting after an exhausting hunt.

Goddess Diana was an endless pool of inspiration to writers, and the proof of that are many stories and poems that were written and devoted to the Roman goddess Diana. Diana’s Festival is still held by some Pagans on the August 13th.

During the festival, those who celebrate ask for a good harvest and protection from the storms that often occur in autumn. In honor of the goddess, people bring baked goods and fruit, and some even make request and write them on ribbons that are later placed around trees.

Roman mythological stories are mostly a combination of stories that teach us about life and moral messages we need to learn. These stories teach us how to be kind to each other but also how to persevere in the world. To Romans, goddess Diana was the goddess of hunt and the moon.

In this ancient mythology, Diana was often related to nature, animals and woodland. Her powers were speaking to animals, having control over the woods and all animals in it.

The name Diana comes from the word for “divine” or Heavenly”. To compare the Roman and Greek mythology, Diana’s equivalent in Greece is goddess Artemis.

Goddess Diana protected the lower class citizens, therefore her faithful followers were the slaves and the people who belonged to the lower class of citizens in general. The temple of Diana was presided by a high priest who was once a slave. Goddess Diana was the Triple goddess. She was the goddess of the moon, hunt and childbirth.

Her protection was not only granted to the high classes, since her primarily focus of protection were the lower classes.

Goddess Diana originated from Pagan beliefs and religions, but her significance grew over the time and became a prominent figure in Roman mythology.

To please gods, people used to hold festivals and events in the honor of gods. These festivals are even held today and some of them became trademarks of certain cities. Festival in the honor of goddess Diana is still held today by some Pagan cultures, and his cult of Diana is still alive in many parts of the world. The significance of Roam mythogly to the world is definitely big. Many cultural relics speak about the greatness of that time, but also the ruthlessness of it.

Goddess Diana will forever remain the goddess, patron of the hunt, moon and childbirth but also as the protector of the lower class citizens. The significance of goddess Diana to the Latin tribes and later Romans is something that will be kept through art and literature, but also through myths and stories that continue to live on.