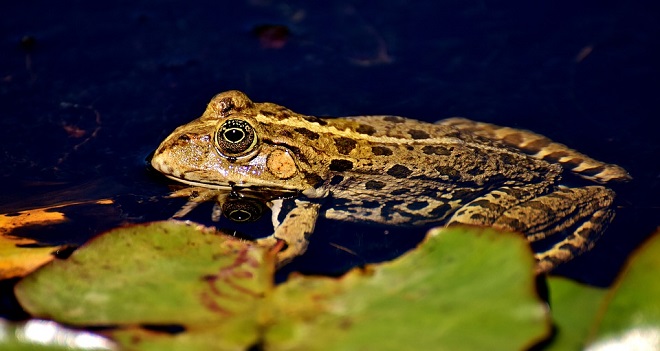 Toad is a name used for some frog sorts. This distinction was made in popular culture and toads are considered to have drier skin and terrestrial habits.

For centuries toads captured people’s imagination and their symbolism changed as time passed.

Fertility – Toads are considered to be symbols of fertility since they produce a lot of offspring in one lifetime.

Even though not many of them survive and many get eaten by predators, toads are far away from extinction.

Restlessness – Toads are constantly on the move. Whether they are above the ground or in the water, toads feel the need to move and change places often.

Toad as a totem

As totems, toads are symbols of fertility, rebirth, renewal, change and restless behavior. People protected by this totem or born under it are constantly changing and re-inventing themselves.

They enjoy exploring new possibilities in life and finding out truth about themselves.

People born under this totem enjoy having large families and being close to them. This makes them feel comfortable and life without family would be meaningless to them.

This is why they tend to have a lot of children and they tend to keep a close bound to them their whole life.

Toads symbolize personalities that are very intuitive and in touch with themselves. They are great listeners as well and other people’s problems deeply affect them. They will be the first ones to give advice and help those who are in need.

Relationships with other people are very important for these people since they enjoy feeling that connection. Conversations with others help them release all of the negative energy and help them overcome any personal issues they might have.

One of the negative characteristics of this sign could be its inability to commit to one thing or one person. This means they tend to have several partners through life and many children with them.

Even though they can understand other people very well, somehow connecting on a deeper level is not something they are good at.

This goes out for career and other things in life. They cannot hold attention long enough to stick to one thing so they leap off to something more exciting.

Toad as a symbol in a dream

Toads in dreams are very common signs. This sign can have many meanings and it usually depends on the overall feeling in a dream and other symbols that were present.

If you had a dream about a toad, then this dream warns you about a scam. Your business or love partner might try to trick you or scam you in some way.

Killing a toad in your dream represents jealousy. You will become jealous of someone’s success or even because of the way your partner behaves.

To hear a toad in your dream is a representation of good news. Someone you know is going to tell you something you have been hoping to hear.

If toads in your dream were in the swamp, then this means you will be extremely successful at work. All of your business projects are going to be a huge success and everything you do is going to bring you a lot of profit.

Seeing a small toad in your dream means one of your wishes is going to come true and kissing a frog in your dream represents your honest and true behavior that is not superficial at all.

Toad as a symbol in different cultures

Toads symbolize the life cycle. Until they are fully grown, toads pass three stages in life: from an egg to a tadpole to a fully developed toad.

This is why people often related our own life cycles to toads and since it is related to water, they saw toads as symbols of purification.

In ancient Egypt, the goddess of birth Heket had a toad head, and the Romans often represented their goddess of love, Venus, with a toad. This only showed how big of an appreciation they had for this small but magnificent animal.

In Celtic culture, the frog was considered the Lord of the Earth, and because of its connection with water, they believed that it represented the healing force.

In Western cultures, toads were symbols of resurrection and new life so they were often used as motives in art and in literature.

To the Chinese and Japanese people, toads are very important symbols of happiness and luck. Toads bring luck to those who travel, so people carry figurines or dead toads in their pockets for safety. Feng Shui suggests having a picture of a frog next to the window on East side of your home for luck and harmony.

In some Asian cultures, toads symbolize the passage between life and death. This is why they put toads in mouths of dead people to ensure them a safe passage to the other side.

To the Native Americans, toads were linked to the weather and they believed that toads control the weather conditions.

Some of these traditions remained until today and people still find toads to be important symbols of luck and prosperity in life.

And, of course, we can’t forget the famous story about a princess kissing a frog (toad) since it very much tells us about the symbolic meaning of this small animal.

Frogs are still considered to be symbols of luck and prosperity and now that Eastern and Western cultures come in contact much more, the toad symbolism has never been stronger.