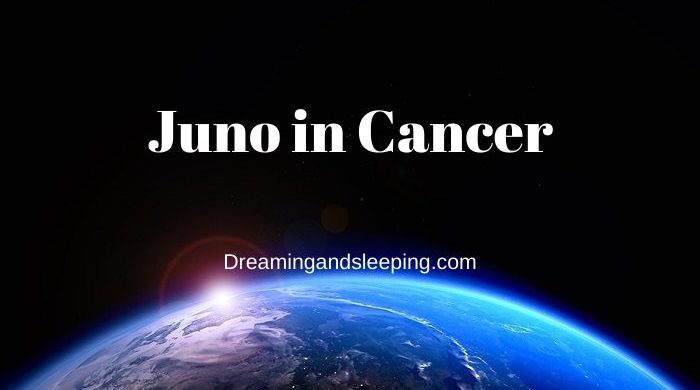 Juno position in the personality field pressures you to form a community and to be in a couple, but this opportunity is often hindered by your strong individuality, the need to impose your personality and various love challenges.

Unless you get married early and abruptly, your choices will be pretty positive when you have a little life.

This position signifies a kind, enterprising, active and ambitious spouse. Such traits can lead him to business success, especially if he is pursuing a solo job.

His poor trait is impulsiveness, which can provoke conflicts, as well as the need to impose his views and dominate, which can be a problem in your marriage.

Therefore, he needs a degree of independence and freedom in the relationship as a solution to these challenges. A partner can be active in sports because he has such talents, or in his business he wears some kind of uniform.

Juno strong need to establish harmony in emotional relationships forces you to align with your partner. It will not always be easy, because you are guided by the sign of Mars, which values ​​freedom and independence, so you too may struggle with the need to impose your will.

So, it depends on how much you integrate with your partner and whether you manage to be flexible and adaptable.

Although sensitive, Cancer will never give up something without a fight. There may even be blood to the knees, but he pushes on, defending what is his. It never goes directly into an attack, moving in every possible direction. I warn you, this game is capable of playing endlessly.

On the business plan, they are cautious and do not throw themselves into the forefront. They stand patiently in their shell until the cards are fully opened and then jump to their prey. They often know how to exhaust their business partners and colleagues. 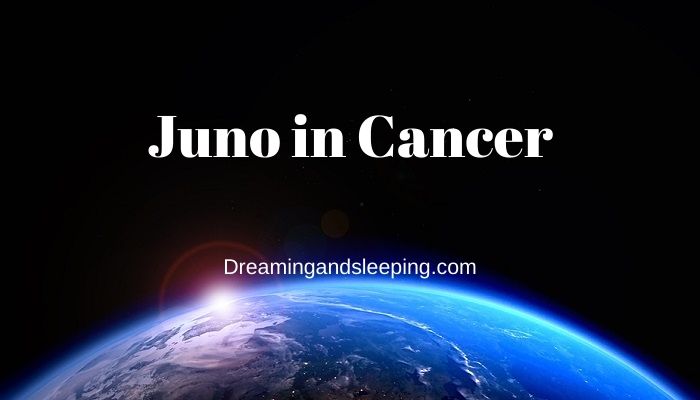 Money is a problem that often plagues Cancer. No matter how much he has in reserve, he is never satisfied, because the feeling of poverty lurks on him from every angle. In terms of money and love – he never feels safe, he always needs more.

His emotions do not allow him to be safe and are more powerful than his body. The worry and fear he feels can lead him to illness. She is terribly afraid of financial problems or the loss of the person they need.

There is no zodiac sign that is so prone to bad thoughts that it causes illness, like no one capable of achieving a miracle in self-healing.

Crabs are difficult to open, but are easiest to relax by Scorpions, which find just about everything they need. Fish are their ideal partners.

With the Virgins accurately planning their lives, the Bulls know how to harass them with their inelastic and overly realistic approach to life, but they are good partners in their mature stages of life.

Rams, Libra and Capricorns tear their nerves, but that does not stop them from often having marital or sentimental relationships with them.

Aquarius, Lions, Sagittarius and Gemini are in constant change and are not ‘adjustable’ to marriage or love with Cancer. With Crabs they feel relaxed but never protected.

Cancers are among the most sensitive people in the entire Zodiac.

In most situations, physical problems and pain occur as a result of internal emotions and the illness itself is due to their emotional hypersensitivity.

Your main motivation to get married is to make a family, is to get the ideal person to support a home and be parents together.

A very important element of Juno in this sign is that the greatest indicator of commitment is the ability to take care of each other, to meet the needs of the couple diligently.

It can be a challenging position in that the concept of family is imposed above the concept of individual, in that case marriage can become completely absorbing, those cases in which one forgets even friends after getting married.

If Juno is retro you may reject the idea of ​​marriage when you are young and assume it already in age, it may also be that your sense of commitment transcends the family and adopts an entire community, then it is the case of people who are “mothers “or” parents “of so many people who do not have time to do your own family.

In any case you will prefer a family party to celebrate.

They are socially sensitive, very traditional and patriotic. They intuitively help people and because of their deep and open vision of understanding the life they carry within themselves, they can see all the problems of a person and are able to offer help to anyone who comes close to them, especially when it comes to emotional sadness. Great romantics and poets.

The influence of the moon brings unpredictability in behavior.

They are hypersensitive, crying, prone to hypochondria, obsessed with worry and often unable to cope with life’s difficulties, not because of lack of life energy but because of slowness – ‘two steps forward, one back’.

They are overly protective of everyone they love, carry selfishness, are easily offended and manipulative.

The fourth astrological sign is a sign of great sensitivity, which in itself leads to a constant struggle between the intellect that constantly reminds it and the lunar influence, which constantly drives it to act primarily with heart and emotions.

They are desperate for tenderness, and love and friendship are the most important things in their lives. The moods are incredibly changeable and these changes are due to the moon – their ruling planet.

They are influenced by the lunar influence, leading to high tides in the oceans. Yet, the moon does not change completely, so Cancer remains the same person in all its temporary, hesitant behaviors.

These people contain the greatest number of emotions that otherwise shake the human soul – from joy to the deepest depression and melancholy.

This passive persistence indicates the persistence of both living intelligence and artistic gift. The character of Cancer could be judged weak and unprotected by its apparent sensitivity, but for the rest of its life it retains the will and perseverance, peace and coolness, intuition and endurance.

He is a true spiritual archeologist who constantly searches for fascinating facts. A typical Cancer will never show you what it truly feels like to you. He hides his feelings deep in his shell and never talks about his private life.

They are extremely responsive to climatic conditions. Being aware of how important health is to them and how sensitive they are, they approach life with extreme care, finding themselves in that old premise – better prevented than treated.

According to astrological tradition, other vulnerable organs of this sign are the stomach, liver, bronchi and bile. Cancer is greatly influenced by the position of the moon. During the full moon, he becomes more energetic, enthusiastic and creative, and during his youth, his activity slowly declines and becomes quiet.

Cancer rules the fourth house in the natural horoscope, and it refers to the ancestors, the beginning and the end of life, the home.

This is also the first occult house. Cancer is ruled by a “female” (passive, receptive) light – the moon, so we can safely say that both female and male members of this sign possess a certain dose of femininity.

If this femininity is not visible at first glance, in physical appearance, it is certainly present in some form, in the otherwise complicated psychology of Cancer.

Excessive emotionality and volatility are certainly the most prominent traits of all the “Moon children”. The oscillations of emotions, from the undefined sadness, the experience of “world pain”, through irritability to exalted happiness, are very close to these people.

It is not uncommon for the whole scale of the most emotional emotions to be experienced in just one day. This kind of variability leads to Crabs inevitable problems with their environment.

Namely, it is difficult to understand the reasons for the tears of one who even cries quietly in the afternoon, and this morning was joyful and full of life.

The hardest thing to do is get into the unexplained sadness of the Crabs, because they are able to “overwhelm” everything around them.

As they spontaneously radiate all their emotions, it is difficult to help them with common sense advice. They should be embraced and passed through them unreservedly, or let them somehow deal with the swelling feelings themselves.

They should by no means be criticized, because they respond to even the most irreverent criticism with incredible stubbornness and “frowning” behavior.

Any attempt to reason with the “crippled” Cancer is already in the offing. If you are unable to be honest with him, just let him go and everything will work out.

Awareness of transience is deeply embedded in the deepest foundations of these childhood dreams; that is why a shadow of sadness spreads across their faces even in moments of true happiness.

They know beforehand that happiness is coming.

Emotional and psychological needs, as well as the desire for maternal care and love, are often dominant in your partner.

In this relationship, the partner is dedicated and caring, he has a strong need to protect his family and make sacrifices for her.

Living at home has a good chance of being satisfactory and harmonious, often the home itself is considered a shelter for married life.

However, this does not mean that your partner will be faithful, nor does he “wander” for a reason, because marriage does not have to be a problem for him to have some fun on the side.

In a woman’s horoscope she indicates that she will be very loyal to her partner and treat her husband as if he were his mother.

She will take care of her and be very dedicated, but she can be very possessive and quite pushy. Unless they realize their marital ideal, both women and men experience disappointment and a sense of life failure, which manifests as emotional hypersensitivity.

If Juno makes bad aspects, the methods a partner uses to develop a close relationship also extend to possible emotional manipulation of the partner.

There is the possibility of parental interference in marriage, as well as a significant difference in age compared to spouse.