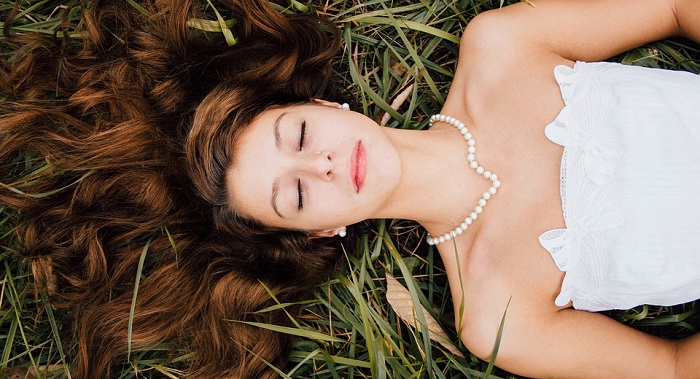 Dreams are an enigma to human kind. They keep fascinating and amusing us for eons of our civilization lasting.

Since the beginnings of human societies, man has been trying to discover the secret meanings hidden beneath the mystical veil of dreams, often ascribing them divine messages and omens from another dimension.

Even in modern world, when science about human consciousness and personality has developed to a point we are able to measure and analyze abstract and elusive phenomenon as dreams, people approach them with a certain amount of caution and superstition.

Scientific explanation claim dreams are brain impulses of a kind, but why and when do they occur is still a sort of mystery for human kind, in general.

Mysticism and science of dreaming

Human kind has been intrigued and fascinated by the phenomenon of dreaming since far past. Many great historical empires and societies had a particular attitude of respect and appreciation for dreams. Dreams are often seen prophetic, monitory and suggesting.

In many of the world’s cultures dreams have been intentionally induced, in order to foretell the future or analyze present events and circumstances. Shamans, priests and other religious representatives were highly appreciated for their alleged mystical powers to see the outcome of some events through dreams.

Human kind was always fascinated by things unable to logically explain, so all phenomenon seen as supernatural or divine were ascribed special significance and power.

Some of the greatest historical figures were frequently led by advices and suggestions they’ve acquired from their fortunetellers, priests and oracles that they’ve obtained from dreams.

Modern humans are still impressed and enchanted by their dreams. You’ve certainly wondered about the real nature of dreams. Is there any satisfying explanation for them, in terms of science and modern knowledge? Modern explanations of dreams occur within popular psychology theories, proposed by Sigmund Freud and Carl Jung. According to Freudian explanation, dreams are interpreted as unconscious parts of human mind.

Dreams are images and scenes that illustrate our real desires and needs we suppress in wakeful life. Logically, all the tension accumulated by constant suppression must leak somewhere.

According to psychology interpretations, dreams are an exhaust valve for our mind.

Some other theories suggest dreams are nothing but brain impulses that occur in our mind during sleep, with no actual meaning.

In other words, they are not some meaningful, suggesting or prophetic messages from the other side of our mind. Dreams are random pictures occurring while our brain processes our thoughts.

Some studies claim dreams are sort of defense mechanism, teaching us how to react in the presence of threat in real life. It is explained by the fact that animals do dream, as well.

It is proven cats have dreams, for example.

Since animals are not sentient beings as humans, they do not interpret dreams to ascribe them meaningfulness; dreams serve as a warning and self-defense system for them.

The power of awareness makes humans to instinctively try to give dreams meaning, the very moment we wake up.

Scientific studies claim all people dream, every night. It doesn’t matter if you remember what you’ve dreamed of or not. People tend to say they don’t dream, if they cannot recall any images after they wake up.

However, the science has different suggestions, although there are no strict theories that would give a conclusion about the nature and process of dreaming. Studies have shown waking has an impact on our dreams.

Numerous experiments have been done, in order to determine which factors and in what way would affect the dreams themselves and our ability to remember them.

It is proven if we wake up during REM phase of sleep, it s most likely we could recall detailed information about the dream.

Dreams mostly appear during REM phase of sleep, although they may occur during other parts of sleeping cycle.

However, REM dreams are usually memorable and quite vivid. REM phase is a phase of rapid eye movement. It is the stage of sleep that is nearest to the stage of wakeful human mind.

Scientifically, rapid and random eye movements, passive contractions of muscles and desynchronized brain waves, characterize it. Those are conditions that make humans have vivid dreams and remember them. REM stage is associated with creativity and lucid dreams, as well.

How often do humans dream?

As we’ve mentioned before we all dream, every night. There is no conclusion over the matter why we don’t remember our dreams, although it is explicable why we are able to recall REM stage dreams.

Either a person remembers a dream or not, people approximately dream for about two hours per night. People have approximately four to six dreams during one night.

An average person spends about seven to eight hours sleeping; two hours are commonly spent in dreaming. A dream usually lasts from five to about thirty minutes.

There is no particular explanation why we forget our dreams, no matter how bizarre or strange the imagery could appear. There are some scientific assumptions that could possibly explain the phenomenon of forgetting dreams.

Brain regions responsible for logic and planning show decreased activity while we sleep, so that may be the reason our brain doesn’t find important to note the stories.

When our system for logic and planning is at its lowest level of functioning, we don’t deal with predictions and doesn’t need to think about what the particular event could produce, so we get freely and actively interacted with our dreams.

The firs episode last for only ten to twelve minutes, the second episode could last for fifteen to twenty minutes and so on. The dreams that accompany REM stages typically last the same time.

Proportionally, the rate of retrieval the dreams increases with the number of REM phases. It is reported people tend to have very clear memory of dreams from the last REM stage.

They are able to recall detailed information obtained from the dream, such as vivid descriptions of dream imagery, sounds, colors, emotions and so on.