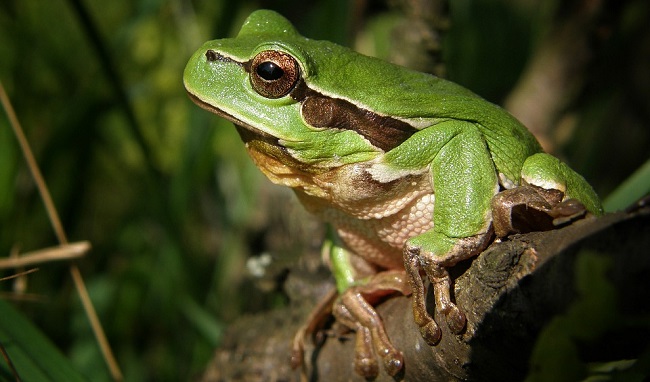 Frogs are definitely interesting creatures, not only because of their outside looks but also because toad symbolism has been powerful throughout centuries. Spiritual meaning of frogs varies depending on the culture. Some see it as a symbol of positive energy and others as a symbol of bad energy.

They inhabit most parts of our planet, except cold and ice parts of Earth. They are extremely adaptable and can endure some severe life conditions. They live in water and on the ground. But, enough about frogs in general, you are probably wondering what does a frog symbolize?

We will lead you into the world of symbolism and teach you some more about frog totem and spiritual meaning of toads and toad meaning.

Learning some traits and characteristics about an animal, helps us understand the concept behind certain symbolism that has been created by people. So, here are some traits that are tightly linked to frogs.

Good eyesight – Frogs rely on their eyesight to spot a predator. They are not particularly strong or intelligent to escape danger, and also they have a lot of other animals after them. Good eyesight helps them spot danger from far away and escape them if needed.

Long jumps – Frogs are well known for their long jumps and long back legs. This is something they need both for swimming and for moving around. Legs are their “secret weapon” and there is no way they would survive without them.

Fertility – Frogs lay hundreds of eggs, because due to outside danger, there is a big possibility that some of them won’t lay out. This is why they have a great number of eggs, from which only few will turn into fully developed frogs.

Frog as a totem

Now that we know some of the main traits of a toad, we will learn more about its spiritual meaning and how people perceived frogs in a deeper and more spiritual way. Toads represent fertility. Just like in real life, frogs as totems represent feminine energy and new life through birth. 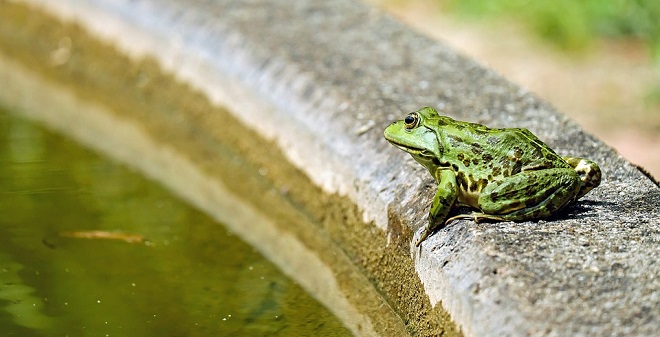 Since frogs live in water, they are a good symbol for those who are in agriculture and who do any kind of work related to producing based on agriculture.

Frogs also represent the ability to deepen our intuition. They swim through deep waters just like we should swim through hard life situations. They teach and protect us from drowning and falling into the deep despair.

For people born under the frog totem, another great characteristic is that they are great listeners. They feel empathy for those in danger and despair, and can give advice based on their long life knowledge. People born under this totem never rush to judge others for their actions, because they know that life is not always good to us and we all do our best.

Frog totem is also a symbol of good relations to others. You are probably a person who likes hanging out with people and socializing. There is nothing more productive for you than a good talk and gathering new stories from others.

Relating with others is something not a lot of us can do, so it is important to use this trait in life to help those who need you. Frog totem brings release of negative energy. Helping others to start fresh and feel better in their skin, is in a way reviving both to you and to that other person.

Frogs also represent lack of commitment. If you are someone born under a frog totem then you have troubles tying up to someone and making a long term commitment. You are a free spirit and you believe that people should spend their lives in constant movement and not in one place.

Just like a toad jumps from place to place, you do the same thing in your life. It is hard to make you settle down, and running away from your nature is not something you should be doing at all. With that being said, you will suffer in life when it comes to love, unless you work on yourself and set your priorities straight.

This goes out for finishing commitments as well. Work that ties you down to one place and makes you feel trapped is not for you. You need to let your spirit be free in order to boost your creativity.

Frogs also represent change. This constant change comes from being always on the run and always moving from one place to another. This is something that is in your nature, and you are always finding new ways to revitalize your life.

Frog as a symbol in a dream

Frogs in dreams have different meanings depending on the situation you were dreaming about. If you dreamed about a frog in general, then you will be disappointed in love. Someone will betray you, who is very dear to you, and you won’t see this coming.

If you had a dream about a green frog, then you experience a situation in life that will have a big impact on you. This might be a new job opening or moving away from where you currently live.

Dreaming about a lot of frogs is a positive sign. You will have a very productive time on work and all of your business projects will turn out to be successful.

Frog in water is again a positive sign and it symbolizes success in all areas of life. Your love life, your family life and you career will be going just perfect. This is the time you should really focus on starting something new and continue working on previous projects, because they will become a major success.

Frog as a symbol in different cultures

Frogs had a major influence and importance in cultures all around the world. In ancient Egypt, frogs represented life and fertility. After the flooding of Nile, millions of frogs would be born and this phenomena was particularily important to Egyptians.

This meant that their crops will grow and that the year will be productive. In case of big droughts, they would starve, so they worshiped frogs as signs of good luck. Many statues and hieroglyphs testify about the importance of lucky frog in this ancient period.

In ancient Greece and Rome, frogs were also a symbol of fertility and harmony. They have numerous stories and epics, where frogs are mentioned and all in a positive way. Toads were associated with goddess Aphrodite.

In Holy Bible, frogs were mentioned in the Exodus (8:6), when God sent them on Egypt to destroy crops as punishment. In Medieval Christian culture, frogs represented sinful congregations and sinful way of behavior. There is a big transition from the way frogs were viewed in ancient lands and the way they were viewed in the Medieval period.

This shift was caused by ever growing strength of the Bible and in it frogs were represented as carriers of evil. During this period, frogs were also linked to witchcraft. We have all heard numerous stories about frog’s body parts being used as parts of potions and rituals that, so called witches, used in their witchcraft.

Panama has its history with frogs too. In Panama we can find a rare species of frogs called Golden frogs. They are very auspicious in Panama, and locals believe that if you are lucky enough to spot this frog in the wild, that you will definitely have wealth coming your way.

The Celtic tradition sees frog as a sign of healing and good health. Their symbols are often carried by those who are sick and those who have some sort of a condition.

Edvard Gried, a famous Norwegian composer, had a lucky frog and he would always rub it before he went on to do a concert. This little ritual was a form of preparation for every time he performed in front of an audience that gave him confidence to be brilliant.

In ancient China, but also today, frogs are carriers of luck. They are associated with the lunar yin, which brings good luck to people. Money frog is another way Chinese people call this creature. They are well known for bringing good luck to the home with a frog symbol and many people in China have frog symbols in their homes.

This association with frogs and prosperity is partly due to their natural habitat. They always live near water and food for them can be found in abundance. They can easily sit on a leaf and catch flies.

In Japan, frog is known as Kaeru, which actually means “return”. Frogs in Japan are very auspicious and many Japanese people carry around frog amulets to protect them on their journeys and travels.

These amulets are often kept in wallets and purses, because they are supposed to bring good luck in a financial sense. Frogs are related to money not only in Japan, but also all around the world. This is a modern interpretation and symbolism of a frog that seems to be catching up with more and more people.

In modern times we all think of princes when we hear the word frog. In old fairytales, we often read how an ugly frog would turn into a beautiful prince by just one kiss from the beautiful princess. This story has stick with many people and in modern history we mostly associate frogs with these old fairytales.

We are not sure how the writers came up with these stories, but they are certainly something that has marked our era as far as frogs go. Never the less, they are still a symbol of luck and prosperity, but their role has shifted quite a bit, compared to the ancient times.