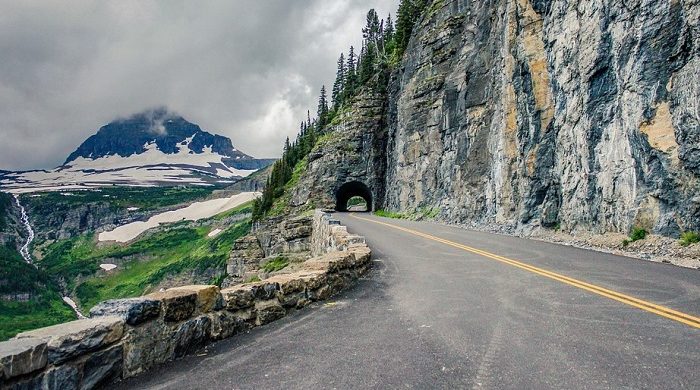 First of all, before we tackle into all aspect of one particular dream, we must speak more about the extreme or irrational fear of heights (and one part of this dream is connected to the heights-cliff) is called acrophobia and can have severe symptoms that could make a life of one person terrible.

It is estimated that every tenth person in the world has some phobia. Some of them occur during childhood, while some start from the age of 15 to 25. Acrophobia is an exception because it mainly begins to appear in later years of life, after the age of 30.

People who have a real fear of heights find it difficult to cope with day-to-day situations and cannot live on a higher floor in a building, climb stairs, be on the balcony or ride in an elevator bounded by the glass.

But the dream that is connected to the height of some kind, and in this case that we are discussing today, with the cliff and the car (or some vehicle) that are driving off that cliff.

What does such a dream means and does it have any precognitive value, or it means something that is happening right now in the life of the dreamer?

The Meaning of Dreams about Driving Off a Cliff

Primarily, in the beginning, we must discuss matters of height in a dream world, and in this case, it is the motive of a cliff.

In some general way, these dream where you are standing, looking or seeing the cliff means are very, very common among people. Of course, they are usually not very comfortable, but their meaning is very interesting.

In this sense, if you had a dream in which you see yourself on a cliff, driving off, such a dream can fill you with a lot of dread and fear – the fear of slipping, that someone will push us, or that something may pull us down.

In real life, you have this feeling, and the dream that you are driving off a cliff just shows that you do not want to resist such temptations, and you just want to let go and get it done. 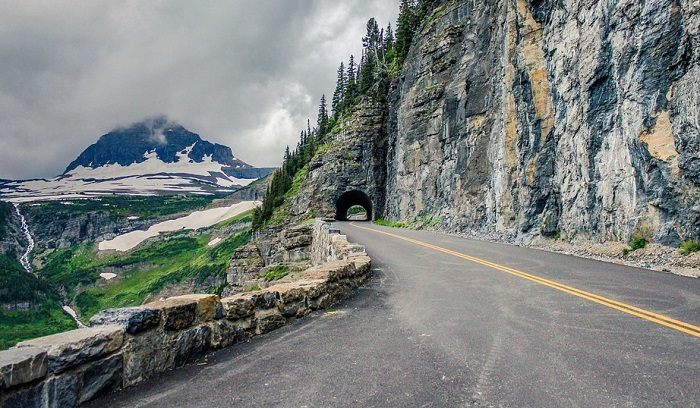 This aspect could be connected to virtually any aspect in your life, and for most people, it is connected to a certain situation that has been bothering them for a long time, and they cannot have that feeling anymore, so they are looking for a way out.

If in a dream that you have been having, you see yourself after you have driven off a cliff, in that case, there is a big chance that a certain person or many of them are underestimated you and are making your life miserable because of this.

In fact, this is the dream that reflects, usually your work environment, and usually, these are colleagues from work, and such actions will make you nervous and frustrated. Don’t let that bother you, as there are malicious languages ​​and comments everywhere.

If you had a dream in which you see yourself on the way to drive off a cliff, such a dream might be an indication that problems that you are having in life, are not as big as you think, but that you are overreacting in your actions. This dream shows that you are a drama queen and that you have exaggerated them in your head, but in fact, there is an actual and a simple solution.

If you are driving off a cliff and the dream ends at the moment when you drove off the cliff, such a dream can be an indication of problems that you want to resolve in the shortest period possible, even if such thing is not possible always.

If the cliff that you are falling off in your dream is extremely high, and you are scared to death, such a dream gives you the possibility that some problem in your life (that has been causing you to fear) is now terminated for good.

The Symbolism of Dreams about Driving Off a Cliff

We need to add one more aspect to this story – the dream where you are driving off a cliff could be interpreted as your life. The cliff in your dream carries the symbolical value of a certain goal that you want to achieve in your life, and it can be a great height as someone who has achieved great goals in life.

It is considered that you have been very fortunate in all that you have come up with, as well as happiness and prosperity accompanies you throughout your business.

Be careful though, as this may make you delusional, so it may be time to get down to earth- or you got to the time and a place in a life where you see that things are not going in the direction that you have wanted, and you want to abandon the entire project (the driving off part of the dream).

If we want to tackle even more in the symbolism of this dream we will say that the driving off a cliff is a very layered symbol in a dream – on the one hand, java awaits you about an important event, while on the other hand, this dream projects the java into the subconscious and tells you that you are jaded with problems, whether in love, business or other nature, from which you do not see fear exit.

Of course, this is the dream that speaks of insecurity, fear of failure, a feeling of inferiority in real life that is in this way depicted in your dream life, and your brain is looking of the answers to find the right answer what to do and where to go from this moment. In this sense, such a dream is providing you with the most extreme solution possible.

If in a dream you see someone else, not you driving off a cliff, such a dream symbolizes that hard times that you are going in your life and that are just going to be continued in the later period. Maybe you are overburdened with the expectations in life, some of which you have set for yourself.

Dreams in which we are on a high, looking into the void or dropping from a top are very well-known.

Mostly, such dreams are usually not comfortable, especially if we dream that we are in a position that has no protecting barrier, whether it is a cliff, a home on a high floor of a structure or a cover.

All of them share one similar aspect – the fear itself that fear that you may fall and lose everything you have building up till that moment.

More precisely, you have established yourself very distinguished intentions, regularly in line with others, and strive for a feeling of supremacy, although you do not have an excessive explanation for it. In this way, through rising in the dream, you recompense for any deficiencies.

But, in the version of a dream where you want to drive off a cliff, means that those weaknesses have got the better of you and that you are letting them rule your life.

If in any case the cliff in a dream symbolism could be related to “flying”, that is, it shows you of your over-ambitions in real life.

In some way, maybe you have come to the realization that you have taken the bite much bigger and that you cannot “digest” it, so you are considering ending the entire process for good.

You have the impression that your life is completely out of your control, in all aspects of your life, and this may be the case, so you must be open and honest and look your life from the realistic point of you, and to re-examine your goals in life.

The worrying part comes when you lose confidence, and the higher the height, the larger your life and the subconscious mind – the fall of the cliff that is deliberate means that the fear has got the better of you.

The dreamer interprets the height (of whatever kind, in today’s case that height is a cliff) in different ways, so it is best to interpret the dream well and relate it to all the facts that have appeared in it, as well as your current position in real life.

But, you should always be guided with the idea that the height of a cliff, in this case, is some of your goals in life, the highest goals that the person could have in his or her life, and the fact that in this dream you want to drive off it, to leave it, speaks a lot of its meaning and symbolism.

If you dream where you are positioned on a cliff, and you want to drive off from it, such a dream means that you have relinquished an enhanced level of knowledge, increased recognition and a young point of opinion. You have arrived at a crucial position in your life, and you do not want to jeopardize dropping the key.

All of this means that in a real-life you are aware who you are, and what your goals are, but it is just the matter of the preparation for that goal, and the impact that comes from the environment.

In fact, this is the dream that reflects, usually your work background, and usually, these are associates from business, and such activities will make you annoyed and angry. Don’t let that worry you, as there are spiteful words ​​and criticisms throughout, you are better than they are.

Do not let them ruin your life, your goals and ideas, do not let the world tell you who you are, and make you drove off and leave everything that you have so firmly believed so far. There is so much more into your life that is worth fighting for.