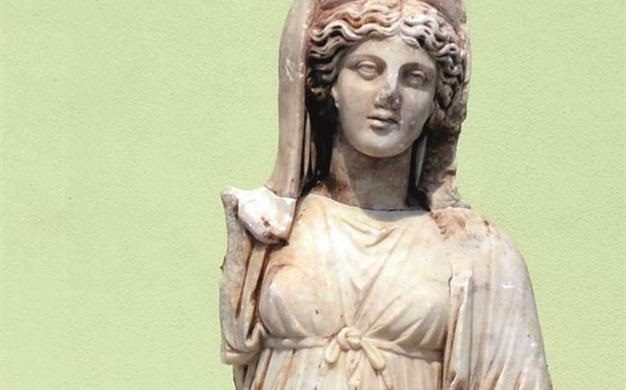 Greek mythology represents a combination of ancient stories and myths about creatures that were mythological but also real. Greek mythology is especially valued and popular around the world, probably because of the way Greeks devoted attention to it and made it so special.

People loved their gods and devoted their lives to worshipping them and making them even more known. One of the reasons why Greek mythology remained so popular even in present times is because these was no mythology and culture so strong and influential as the Greek civilization.

Sometimes these stories represent real events that took place in ancient Greece and countries surrounding it, but other times they are simply a product of human imagination. Greek mythology belongs to one of the oldest and best known mythologies of the world.

In today’s text we will talk about the goddess Demeter, who was the Greek goddess of Agriculture. Her importance in ancient Greece was very big and the ancient Greeks prayed to this goddess daily to bless them with good crops and a lot of food.

Demeter was the goddess of agriculture, fertility but the first association with Demeter is wheat. She was the goddess of everything that was highly important to Greeks in that period, because civilizations in that time highly relied on their crops and food they were producing. If they by some chance got in any kind of conflict with the gods and their crops were ruined, they wouldn’t have anything to eat and they would starve.

Goddess Demeter was the daughter of Rea and Hronos. Her siblings were Hestia, Hera, Hades, Poseidon, Zeus and Chiron. Demeter comes from a very famous family of Greek deities and almost all of her siblings became important figures in Greek mythology. Just like all of her other brothers and sisters, she was swallowed by her father Hronos, because he was afraid of the rebellion against him. She lived inside Hronos’s womb until she was freed by her brother Zeus and released out in the light.

Since her youngest brother Zeus was the only one who escaped his father’s madness, he decided to claim the position of the king among all deities and to rule all of his siblings. Demeter became the goddess of fertility, agriculture and wheat, and her contribution to the human society was tremendous. She gifted people with the ability to grow crops and pick the fruits of their labor, because people were mostly eating meat and hunting to survive.

Greek mythology is filled with stories about incest and birth of children between close relatives. The same story relates to Zeus and Demeter who got a daughter called Persephone. Her young daughter was one day playing with the nymphs, and the god of the underworld Hades opened the earth underneath her and swallowed her. He was deeply in love with Persephone and didn’t want to release her from the Hades. Desperate Demeter asked Zeus for help and asked him to return their daughter from the jaws of Hades. 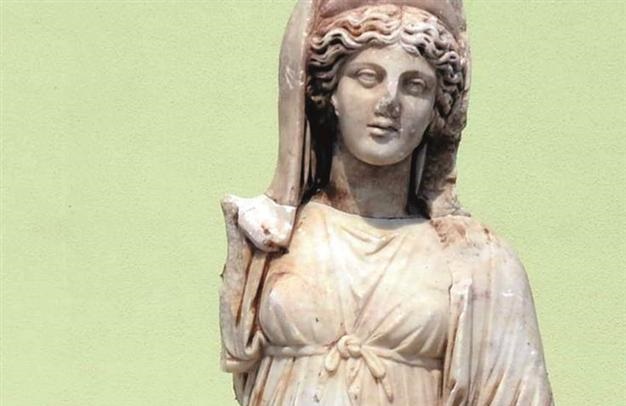 In the meantime, Hades married Persephone and gave her the hip seeds to eat. If a mortal eats hip seeds, while in the underworld, there was no possible way that the human can return back to earth.

Demeter was angry because of the kidnapping of her daughter, so she decided to send infertility to the world and kill every hope for procreation and growth. To help both human kind and the deities, Zeus decided to make a deal with Hades and let Persephone live one third of the year in Hades and two thirds on Earth.

Demeter was the human ally and she helped humans to learn many traits and skills. She taught the son of the Eleuzian king of Kalei to grow plants and other crops. She wanted to make the other son immortal so she tried to drop him inside the fire and release him, but his mother came in the wrong moment and screamed, and the Demeter dropped the boy into the flame.

Demeter and Poseidon also have a special connection in the Greek mythology. According to myths, Poseidon was deeply in love with Demeter but she didn’t want anything to do with him so she hid away from him in the herd of horses. Poseidon saw through her plan so he turned himself into a horse and raped Demeter.

After this, angry Demeter went to wash herself in the river Ladon, and later gave birth to their daughter Despena and horse Arion with black hair. This is one of the reason why Demeter was respected in Arcadia as the horse goddess which is similar to the Egyptian goddess with horse head.

Demeter belongs to one of the better known Greek deities and her importance in Greece is undeniable. In times when people solely depended on their crops and skills, Demeter as the goddess of agriculture was vital for the ancient Greeks. Many shrines and temples in the honor of this Greek deity were built and all of them were very visited by people.

Cults in honor of Demeter are the Eleusis, Hermion, Iasos, Selinus, Tegea and many more. One of the oldest cults in honor of this Greek goddess is located in Malis coast in Thessaly. This is one of the earliest and oldest known cults devoted to the goddess Demeter.

There is also a seven-day festival that is devoted to this Greek goddess. The festival is held in Arcadia and the festival itself is filled with food and other goods that represent the riches that the goddess gifted to people.

Festival in the honor of Demeter is held every year and it is called the The Somophoria festival. This festival includes only women and it is devoted to woman’s fertility and wellbeing. Another festival that includes all races and all classes of society is called the Eleusinian mysteries festival.

Both festivals celebrate the motherly side of Demeter and the relationship between her and her daughter Persephone.

Demeter wa sone of the more prominent and well-known deities in Greek mythology. Her gifts to humans are one of the most valuable and most appreciated. She taught people how to grow their own crops and how to survive in the hard living conditions on Earth.

As the goddess of agriculture, harvest and wheat, she was often depicted with a stack of wheat in her hands or with fruits and grains.

Sometimes she was painted next to her daughter Persephone, who meant so much to this Greek deity. One important sculpture devoted to goddess Demeter was created by Onatas is called the Black Demeter and belongs to one of the more important representations of the goddess.

The relationship between her and her daughter Persephone is another important detail, because Demeter slowly started influencing the seasons of the year by suffering for her daughter.

According to the story, Demeter suffered because her daughter was taken from her by Hades, so she sent infertility to Earth during the winter. This period corresponds to the period that her daughter needed to spend in Hades every year, until she returns back to Earth for the rest of the year.

Goddess Demeter is also associated with the Zodiac sign of Virgo or the virgin. This is the reason why the sign of Virgo is often painted in the image of this Greek goddess. In art, Demeter was painted as a beautiful woman, with long hair and dressed in long dress. She was often painted next to the symbols that best describe her role in the Greek mythology, and those were the crops, the fruit or vegetables.

In times when food was not something that could have been thrown away or taken as something unimportant, Demeter was one of the most important deities to humans. Her blessing or her curse could make or break people’s lives and their survival.

People loved their gods and devoted their lives to worshipping them and making them even more known. One of the reasons why Greek mythology remained so popular even in present times is because these was no mythology and culture so strong and influential as the Greek civilization.

Demeter was the goddess of agriculture, harvest and fertility. This Greek goddess was one of the most important deities in Greek mythology and her importance was undeniable. She was the goddess that had the ability to send blessings or curses to earth and deny people the one thing they needed to survive, and that was food.

According to legends, Demeter taught humans how to grow crops and how to feed themselves besides hunting and meat. Demeter and the story about her daughter Persephone are one of the more interesting stories that explain the origin of seasons of the year and how they actually got created.

In the honor of this major Greek deity, there are many festival and cult followings around the world and some of them are even active today. D

emeter’s significance in Greece is surely something that can’t be denied by anyone, and the richness of stories about her is possibly the best proof of that.