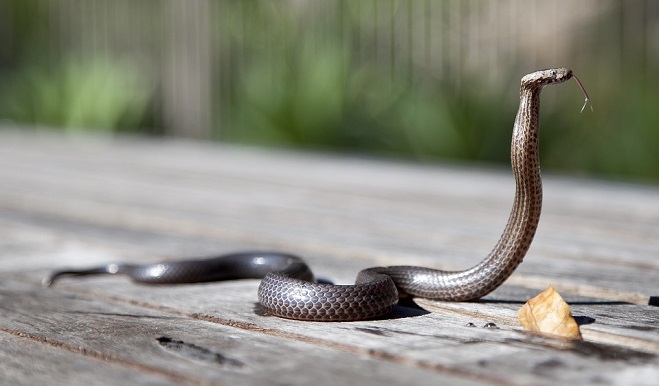 We all agree that snakes are not very popular animals among great number of people. However, another thing we can’t deny is how important the snake symbolism is.

Symbolism of this animal is created centuries ago and even today people are fascinated by the power a snake poses.

There is something in mystical about these earthly creatures that is deeply set into our minds by religion, culture and popular culture.

Cobras belong to the snake family and they are considered to be one of the most dangerous animals in the world.

Deadly – Cobras are deadly animals, or to be more specific, their poison is deadly. They attack their prey viciously without holding back.

The only thing cobras need to do is to stab its teeth into preys flesh and insert the venom.

Dangerous – Snakes are generally easy to trigger and since they don’t have any other way of defending themselves, they usually strike with their teeth and venom.

They are extra careful and sensitive to their surroundings, so you need to take extra caution when around them.

Cobra as a totem

All of the characteristics have very deep meaning and together they create a powerful character. Cobras are dangerous animals, and people born under this totem share the same characteristic.

Cobra people are prepared to defend themselves with every source possible, before giving up. They are ready to make their goals reality and pursue their dreams.

There is a lot of mysticism linked to the snake totem in general, so people born under it are bound to take on these characteristics.

Cobra totem symbolizes death in sense that they are usually surrounded by it in some way. It could be that they end up in professions that are related to death and violence.

When we take all of the characteristics of a cobra personality in consideration, then it is clear that this animal carries a very strong negative power.

Person born under this totem or protected by it is a person you need to pay attention to. He or she is a very dangerous individual who is prepared to do almost anything in order to succeed.

On the other hand, all of us have negative characteristics and we can’t consider these people to be worse than us.

They are simply strong characters who are not going to take life for granted and their passion for survival is simply much stronger.

Cobra as a symbol in a dream

Cobras in dreams usually bring negativity. They are considered to be omens and foretellers of bad luck. If you had a dream about a cobra, then this dream should be taken as a warning.

You need to be careful about your actions and avoid making deals with other people.

You might get tricked into doing something that is going to be bad for you.

If cobra in your dream was attacking you, then you need  be careful about people around you.

Someone could be plotting to do you harm and cause you a lot of damage.

Before this person tries something, protect yourself and shield yourself by not engaging too much with him/her.

Cobra as a symbol in different cultures

Cobras have an important and powerful symbolism in culture. They are often used as motives in art, poetry, culture as symbols of death, danger and power. Cobras in Myanmar are used in rituals that are a part of tribe’s culture for centuries.

The tribe members use a mixture of cobra venom and ink and tattoo themselves for protection. It is interesting that this protection is against the cobra snakes, although there is no proof that this method works.

In other cultures, snakes in general are considered to be symbols of power, mysticism and death. Cobras and other snakes are one of the most commonly used symbols in culture. In Egypt cobras were used to embellished the pharaohs crown.

The Nile cobra was highly worshipped and it was often sacrificed to the gods as a sign of appreciation of the gods.

Cobras are highly important symbols in India as well. The Indian mythology portrays snakes or cobras as creatures that can take any form, but they prefer transforming into humans. They call them Inchhadhari snakes.

These snakes poses a sacred gem called Mani that is more valuable than a diamond. Many stories and myths speak about the greed of people and their attempts to steal this stone, but end up getting killed by the snake.

In religion, cobras are often used as symbols of death and danger. In the Bible we can find numerous examples of snakes tricking people or harming them, as well as transforming and taking shapes in order to cause harm.

In popular culture, cobras are considered to be very dangerous reptiles but still one of the most commonly used symbols.

People often use cobras to represent power and strength this snake poses. Many sports teams, cities and countries are proud to use a cobra as a symbol of their dominance and power.

Snakes and in this case cobras remain to have a strong, mystical symbolism linked to them, and the way we look at these reptiles is probably going to stick around for a while.