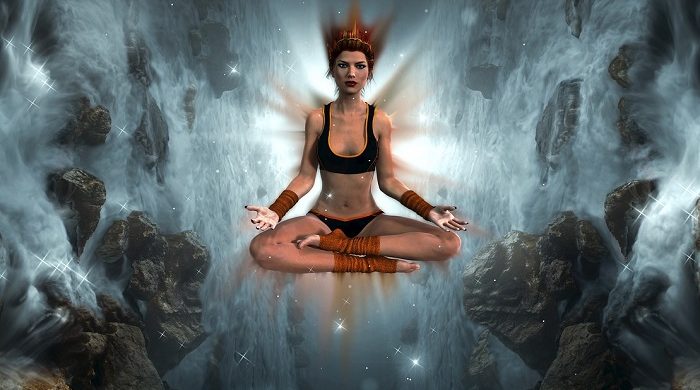 We are not alone, and the material world is not everything that we see, it is just that some of never get to see the outside world, that other world that beyond things we know.

This idea is recognized in various religions, esoteric and parapsychological literature and terminology, and there it is referred to as the Astral Realm.

There, it is described the astral or etheric body is one of several invisible (covers) of the earthly human body.

However, people with different powers can see the astral body or aura of man through natural endowment or exercise.

In many cultures, there are certain individuals who attempt to achieve this state – and go to the Astral Realms.

You can look at the astral spirit – the fluid concentration of all present and earlier experiences of the physical and spiritual body, which resides into the astral world.

What is the Astral Plane?

You have probably heard about the Astral Plane, but you never indeed find out what it is for real since it is not something that you had the first-hand experience, but someone who knows someone who had this experience in his or her lifetime.

This is the world that is made out of the finest energy vibrations, and yet again this is the world that is as real as this material of ours for all life forms in it, and magical, full of mystery and inexplicable to all those casual visitors who bravely venture into the unexplored regions of Astral, into the pursuit of a higher sense, purpose, and deep, true understanding of the constitution of our existence. 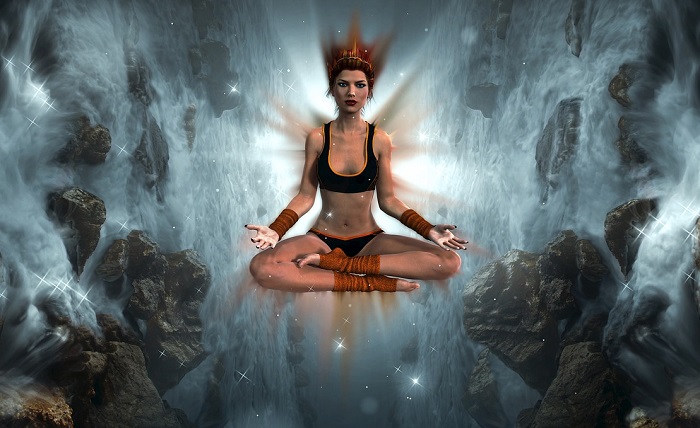 The Astral Plane is not separated from our material world, but we cannot see it all the time, and so we can doubt that that world exists. They are intertwined and tangled at all times, without interfering with each other, existing together, synchronized in every atom of our being, but most of us are not aware that is there.

In fact, we can say that the Astral Plane could not be called a paradise, or a world that is heaven, it is not a layer above our world, it is ubiquitous all around us, and the reason that, for the most part, we are not aware of it is that it is organized at frequencies that are not available to our senses.

The Astral Plane is the place where our souls travel after death (as many claim, but in fact this is not all of that world, since we are sure, but cannot prove that there is more), to continue their evolution before the next birth, and the place from which old, experienced, evolved souls travel to the mental world that Christianity knows as paradise.

A similar idea could be found in other religions, and as such, it recycles the idea that material life is not the only life we have and that the soul is eternal and that we never die, in fact.

It is born many times again, and what is even more amazing is that the Astral Plane is the place where those souls go or remain before their comeback to the Earth.

If you look at any scripture that is connected to the idea of the Astral Plane, you will find similarities.

How can I reach the Astral Plane?

We all know that this magical “even” could not occur during the day, it is connected to the night, where the deepest layers of our mind are awake, and when such a journey is possible.

So, the Astral journey and the process of reaching that Plane is possible during the night – so, if we come from the fact that all of us have dreams, so, yes, even ordinary people sometimes fall into the astral dream, and during the exercise of the day or at any time, the trainees begin to “transfer” to a kind of “conscious dream” in which their soul with the astral body can travel to any the end of the Earth, macro or micro-cosmos.

Some experts like to call this type of travel, the journey where the soul is separated from the body, or to know a bit better, and this is the way your astral body detaches itself from the physical one.

Such idea has been present in all Eastern religions, here, the law of Karma and reincarnation, parallel and other worlds, the appearance of higher and lower beings, spirits and representations are all included in, and it is the way you can “explain” or at least “understand” the idea that is behind the Astral Plane, or the Astral Travel.

It can be willing and conscious and spontaneous during the prayers of religious humans who want to push themselves into these states, or maybe even shamans or priests of different religions. All of them and this is the idea that many “ordinary” people could have to experience Astral Travel.

You, as the ordinary person could do it unwillingly, during illness – fever, in a state of clinical death, to whom, deep sleep, etc., as well as after taking drugs, one often experiences this and other different similar phenomena of “dream – seeing” and the journey of the soul.

Many people have reached it, and others just attempt it and failed miserably, so nothing is given, and mandatory. It could happen, but it does not have to.

In another case, when such “journey” is the part of the process of the spiritually very advanced persons, they can make astral journeys into the micro-cosmos (this means that they can “spend their spirit and astral body in objects, and they can stay there and enjoy and look and also learn).

No physical obstacles could stop them in their journey because they know how to make it there and make the best out of that micro-cosmos to other galaxies.

What we know today about the Astral journeys, in general, are testimonies of people who have experienced clinical death – all of them who succeed to come back to our world have a story to tell us.

These are the people who have spent a couple of minutes in clinical death described a journey through the tunnels of light into some worlds with some strangely beautiful places with sensations of bliss and struggles with deceased relatives and acquaintances, without the desire to return to their physical bodies, to which they are most often utterly driven by some unknown force.

In short, this is the best description of the Astral Plane that we could give to you because it is based on the majority of testimonies from the people who came back from clinical death.

What can I see there?

Those who we consider being the spiritually advanced persons say that when they attempt to visit a particular place that is in the Astral Plane, they have a certain goals like meeting with a specific person who is in the “waiting” phase for the next incarnation, consulting and seeking advice from higher spiritual beings, etc.

It is not as much the question of what can you see there, but what you can learn about our Universe.

Conscious astral travel is also used in the traditional treatment of humans by priests, gurus, prophets, or healers – who thus examine the cause of illness – the impact of magical actions, the eventual karmic cause of the disease, or the detection of the presence of external forces.

This is the process when those who know how this process goes, they attempt to go to the higher levels of being, but also contacts the beings of the lower worlds and otherworldly forces, trying to either “discharge” them with magic actions or find the causes of disease.

These and similar rituals exist in some parts of the world even today, and we must say that there is a certain scientific root to them.

But, the majority of us are not shamans; we can only experience unconscious or involuntary astral travel. It happens in a way that we can achieve this condition when we suddenly find ourselves in a dream or in a fever, or after an injury in an accident, finding “like in a dream” in an extraordinary space – a situation, floating or flying first above his physical body.

Often “flying” through the vast spaces and gathering, known deceased personalities or relatives and other “incidents – depictions” of anonymous souls.

The movement of the Astral journey is uncontrollable unless the person articulates with them a strong desire to “go to a certain place” or simply be frightened and return to a waking state – life.

Outside the reach of our five senses, our hearing, sight, smell, taste and touch, there are worlds subtle and indirect, that are not close to our reach, they are not what we call our four dimensional world, it is something that is high above what we know and what we have used to on a daily basis.

The world of the Astral Travel, the one in which we can reach the Higher dimensions of our Universe, is not available to everyone on this world; in fact, it is reserved to only a few chosen ones.

It is accessible only to those sensitive souls, full of faith, those who firmly believe that there is something above.

This is one special world that is accessible to those who seek miracles, a higher sense of life, those who know and feel that there is an entire reality behind the wall of heavy matter that we have chosen to limit ourselves.

This is the Plane, the Astral Plane, the one place where you could reach for the answers that are unavailable to us in some regular way.

You should also know that our inner being travels somewhere every single night, even if we are not aware that something is going on – this is the event that happens most often, unwillingly throughout the dream, while the material substance waits in mattress in the 4th dimension.

How amazing are this and many describing this amazing sensation as the astral duplication, since you are physically in your bed, but you are mentally somewhere else?

You want to know what is the saddest part of this story about the Astral Plane – this event occurs unintentionally, and it does not have to do anything to do with our will to go there.

The sensations and occurrences we encounter in this dimension are attributed as something else, something that is much more common, but we are not aware of them in any mean.

But, you can reach this place consciously so that these “dreams” can grow presence and in this way, we can travel to different places on the planet, we can assemble higher creatures that can command us and inform us the great mysteries of consciousness and heaven, etc.