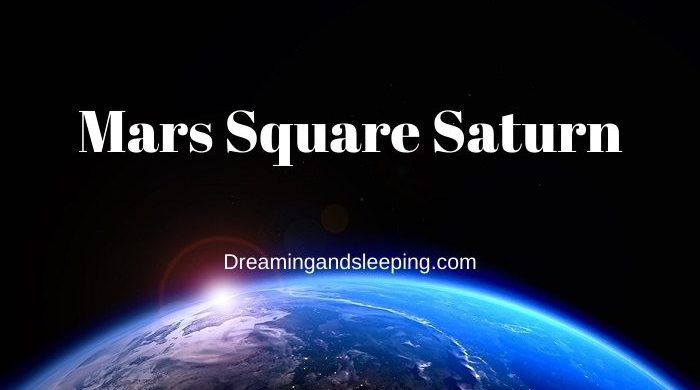 Right away we must say one lingering truth – the natal aspect we are going to talk about here is considered to be one of the hardest aspects to find in natal charts on an individual level and both on a global level.

Mars, when it is found in a square position with the planet Saturn, gives such a negative impact that it is said that it breaks down all the other positives there may be present.

So, the question is, can you find something that is positive from the aspect that is very negative, bad, and even destructive?

The action of Mars is sudden, self-conscious and disturbing, and when it is connected to something that brings negative impact, then things become even worse.

This nature is also very destructive and angry but combative. Saturn is the planet as we have said that is the one that brakes, stops, restraints, but does the nature that comes from Mars could be put into some kind of control? The answer that we would like to give you shows the difficulty of this square position.

Now, this is a great time to take a look at some famous people who have this position – and you will see why it is so tragic. First, Josef Mengele and Adolf Hitler both have this aspect in their charts. 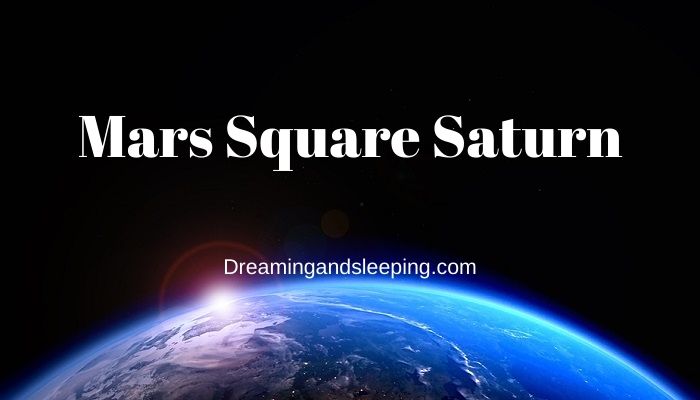 In this square position, the planet Mars is the one that gives the energy, and when Saturn comes into the picture and want to push the break, then it is up to these people to find the perfect balance, between these two different energies that are pushing on to different sides. And even we have said that this square position is able to diminish all good that is coming from other aspects; we must say that if they are present, they can put some kind of a balance into the life.

So, maybe, these people will use all their energy for good, and not go overboard.

Mars square Saturn is actually fear about the struggle for life, fear of hunger, fear of nature, fear of existence, and this aspect many describe as a picture of fear, but we want to give it some positive note, and we will say that the biggest victory for these people is when they are able to face that fear and struggle with their own demons. Then they will become true heroes of their lives.

So, in this astrological symbolism, we have a bad aspect of Mars that is a representation of action, penetration, along with initiative. He is fast, direct, the frontrunner, eager to get to the finish line as soon as possible – people who have it in their charts have all of this. Saturn symbolizes stability, form, time, and boundary.

It is passive in nature and always acts slowly, gradually, but absolutely, and he is never in a rush, it always gives plenty of time to everything.

At times this energy that is constantly under the break is causing a major frustration, and it can be manifested from deep anger to impotence. This is the energy that makes people angry, frustrated (actually scared), and it turns their fear into anger. For fear of being threatened, he becomes the one who attacks and “kills”.

In these people, we can see one energy that drives him to fight, while another overcomes and they are getting hurt.

But this is not the worst part – people who have this position are then prone to going backwards and become cold and insensitive and petrified, but out of pain.

These can also be the people who hate others for being something that they fear – the helpless, the miserable, the tormented, the weak, and the simple. And the reason that is behind is that they are those who feel that they are just as helpless and simple as others.

In some cases, we encounter people that are full of hatred but self-hatred. They cannot overcome their weakness, and in some way, they are filled with demons that live inside.

In love, this is also one of the worst aspects imaginable, they are more than willing to give love to all, not to quarrel, but sometimes they are not able to do so, and it is a call for a disaster.

So, when in Synastry analyses, this square position appears, and then this inter-perspective can in itself spoil the other good aspects if the couple does not know how to control these two energies in a constructive way. This is by no means an aspect that you would like to have, but this does not mean that this aspect is not so common in some long-term marriages.

The energy of this negative aspect is certainly not felt at the beginning of the relationship, especially if the partners have other positive aspects, so here is some good news. But for this, it is necessary for the relationship to develop, to spend more time with someone or to live with someone, and to take time as much as needed.

Mars and Saturn are “bad” in their “nature” and the way they express their malicious nature is also diametrically reverse. These two energies hardly go with each other, especially in the square where they function through friction.

Saturn is cold and slow, and Mars is a planet that is hot and fast. Mars is young and impulsive, and Saturn is old and pessimistic if you mix these two energies, an explosion can occur at any moment.

Mars does things without much thought, and relies more on impulse and instinct, while Saturn takes a long time to run, thinking long, doubting until it takes a step. In love, they cannot find their way, so this is one of the problems that are present.

At the very beginning of a relationship at the first encounter, they are able to feel affection instinctively; however, the juvenility and sexuality they also feel will make them change tactics.

It’s like when you want something that is out of your reach, and you know instinctively that you have nothing to look for, but some force pulls you to explore the mined terrain. Some astrologers claim that this is a karmic aspect and that is one of the reasons why we meet it with long-term partners.

Once a relationship is established, Saturn gradually begins to discover its true nature. And that is to control Mars.

The problem arises when they find someone who is immature and constantly corrects their actions. Mars is like a soldier, and Saturn is a general and wants to be his last. When Mars refuses to listen to their superior, conflicts escalate, and they cannot agree with themselves, and also not with their lovers.

As the times passes, and the more time two people spend on an internal frustration in a relationship, the more it builds up. Frequent confrontations, quarrels, disagreements are as common as anything else in their lives.

We must add that this aspect acts as a viscous, and the connection is difficult to break (which makes things even worse), so the aspect gets the dynamics of emotional dependence. Often both partners are persistent and stubborn to the point of exhaustion and eternally see the other as the offender.

And as times passes, even more, the Saturn becomes more active, and it pronounces the need to limit, restrain, and control. Mars is a planet of action, and it is unbearable to set boundaries, so persistent Saturn can deliver the worst in it – aggression and more violence are constant. The circle of criticism and conflict soon becomes a vicious circle, where verbal abuse can, in some cases escalate into physical violence.

Another way this aspect manifests itself is through the sexual life- when we know that the planet Mars is a planet of physical energy, action and sexuality and that here the planet Saturn restrains and cools this warm nature, this aspect creates a sexual aversion for partners, at one point they cease to be intimate.

Always have in mind that when it comes to the Synastry, this energy can go both ways, so this could truly be a very toxic combination where the partners end up as mortal enemies, but what is worse, they can live together for many years.

Here is one lesson to them and to all of us – we should not be angry with those we think to limit us, keep us down, and prevent our success. Don’t go into discussions and fights for some of your justice, because this justice is only our justice – no one likes angry, nervous, aggressive people. Learn a lesson, appropriate to giving love to everyone!

If they somehow manage to become bosses, they are strict and fierce, and often times they become slaves of their own work, and one thing is clear, they are not those who will change, and they want to set an example.

They are resilient, numb to the pain, the pain does not touch them – when they have a goal they become persistent in it, and over time, more helpless, if they do not value their own team.

If they are not able to do such a thing, then the hatred is born, but that hatred is for them because he is helpless.

They achieve great results, and there is no doubt since here there is the power, the animal power, which actually only destroys everything, and has no power to build. He just wants to destroy something, so that he can build something else.

They do not like to be compared with anyone, and when others make mistakes, they are not sorry, nor they show mercy because they see everything as a job that must be done.

If we know that the square position is the angular relationship between two or more planets, bodies or points in astrological interpretation, which at the same time meet at an intersection going in different directions where neither will confer a right of priority to the other, so in this case, we often get a picture of conflict where it will be stronger symbolism to overcome the weaker, which in the end outcome does not bring the right solution to the problem.

In this case, the energy contained in the potentials of both planets will manifest destructively and do damage by quickly and abruptly dissipating and exhausting.

Now, a word of advice for all of us, if we ever find out that this problematic aspect is active – all of us must realize that we are acting from a place where our fear is deeply rooted and that we project the need for control (this may be the control of our lovers, and it can be a control of all of us frustrations and complexes that are distracting us from some good deed, or a great success in life).

This aspect requires work and dedication so that we can manage these discordant energies.

But, if we could do it, if we are able to make something, to overcome at least one fear, at least one problematic aspect in our lives, then we become stronger than anyone could ever imagine.

The one that succeeds in concerning his inner demons can rule the world; cause there is nothing else that he fears.