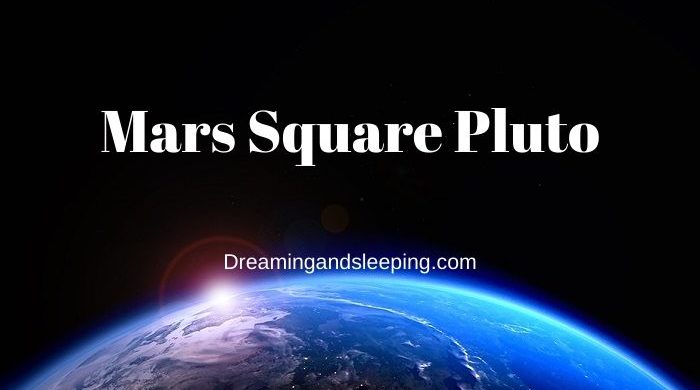 Mars and Pluto are the two planets that many astrologers categorize as the strongest planets in the natal charts, and in whatever aspect they appear, we could say that there could be seen the energy that simply needs to live, to know, to investigate what it is like to endure every second of the absolute magnitude of this perspective. And this magnitude is the strongest possible.

How you combine these two into something that makes sense, and that brings some good into the lives of the people who have this aspect in their natal chart? How is this person able to make serious relationships with others?

Read how, and also take a good look at the end of this piece where we give a piece of advice for all of us, in times when this aspect is active.

This aspect is difficult in the way that it can bring lives that are hard and painful, but it also brings survival kit for the attack, in which anyone wise would retreat, but they won’t – for all those who have this aspect life is a struggle, but at the same time, they are the ones that will never give up their fight.

On some global level, this is the planetary aspect that is challenging but also the one that brings the ability to face all challenges that are in front of us, both directly and indirectly.

Some say that this aspect when it is combined with some other positive transitions in the natal chart is able to drive courage so it can help those who lack it. It gives the power to make it easier to make some extreme decisions and make quicker decisions and choices have nothing to do with thought but are inspired by pure impulse and passion.

As you can see, this is a very interesting crowd, and as this piece progresses, you will able to put some parts together that reveal their character. 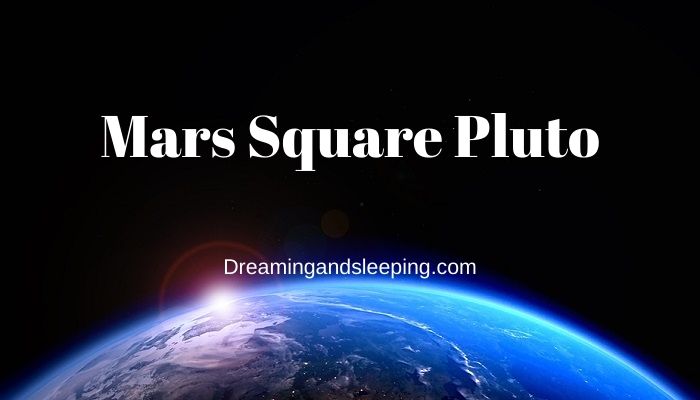 It is said that this is the planetary aspect that without the doubt, gives both powers of the will and tremendous endurance for injury, physical and mental (they are survivors that is for sure).

These are driven winners, domineering personalities who are above all extremely driven individuals, full of charisma, and the central part of their persona is their pronounced libido and over-emphasized eroticism (just take a look at our celebrity example, you will able to see how this over-emphasizes eroticism was directed; there are both examples, good and bad).

Astrologers say that the planet Pluto is the considerably more reasonable and comprehensive forms of radiant power, and in many milliseconds it will improve rough Mars, and usually stay for a while the “shooter” need, whatever the point of development.

These people see injustice very easily and there is an inherent need for revenge when they get the impression that some injustice has been done against them. That is why these persons are very dangerous as enemies. They possess exceptional regeneration power and adapt to the most difficult circumstances.

Pluto associated with the planet Mars in this square position, allows the most serious and complex matters, with a steady purpose to work in its purposes.

Moreover, most often, it reveals the actual universe that makes their lives, and what is possible to see is their inner drive and ability to reconstruct it into their well-being and to make it their fearlessness instead of just being afraid of what is about to come.

They are driven to face the demons, because deep inside they feel that they are “demons”.

On a more negative note, this is the aspect that in the worst-case scenario brings a high phase of brutality, heavy energy, and passion -all of these are usually rolled into one, and they are making so many problems for people who have this aspect.

However, the problem here is this – they do not know from which side the danger comes and in what form. For some, people with this aspect represent the danger that is well hidden; it may even come with a smile.

They can even become very arrogant, and when are roaring about the things that matter to them the most, they are expecting a potential attack, and are preparing to defend themselves (even if there is not a potential danger to face). They are often suppressing their kindness since they are in a combat mode.

Now, the most important part of this square position that is formed between Mars and Pluto – the sexual energy is intensified, so they have a strong urge to express it, which at times can be unbearable and unacceptable.

If they do not learn to redirect and control it, it may be that their sexual urge draws a large amount of energy, which can be a problem for them in emotional relationships. You can imagine what kind of hell they are able to create for their lovers and for themselves.

In every relationship, and also in love of any kind (with friends and family members) people with this aspect will exhaust themselves in internal disputes and will behave passively-aggressive on the environment, especially for their loved ones.

In all these cases, we get a losing personality, because this square is transformed into the destructive energy that persists and, like dangerous radiation, quietly and completely spoils and destroys everything, themselves and the people with whom they are in a direct love relationship.

When they are driven, this aspect is revealed with their need to reach the goal, and will quickly resolve all obstacles that are not stable, material in nature, but invisible to the person, is prevented along the way.

People who have this aspect must be very careful in love – this is the moment and a part of their lives where they need to know when is the moment to give up. This is hard since Mars and Pluto make a problematic situation where passion and jealousy are connected, along with the blurry reason and blindness. They are not able to see that what they are doing is so wrong.

When they miss out their true journey, these people have an impression that they are slowing, disrupting and preventing something they cannot clearly see, which has no tangible shape, and which in some way puts them in situations that are dangerous and which directly or indirectly endanger life.

When they direct energy toward a goal, they can fail to achieve that goal by following the familiar and already well-established paths.

They fail to reach the goal even when using methods that are legal and that most people easily reach the goal because it is prevented along the way by circumstances that create the feeling that whenever it goes the right way, the result is missing.

Therefore, it seems that these people are forced to use unauthorized methods that circumvent the rules of the system in which they live, and which, as a rule, does not fit.

On the other hand, this is what makes them fanatically dedicated to goals -among people who have this aspect could become very successful they can become people who gain such recognition, regardless of their personalities that can be controversial.

What separates them from some others is their inner ability to fight for what they believe and will not shrink up at any price until that goal is reached or until he has consumed the last grain of strength.

They will relentlessly face every barrier, and no one and nothing will be able to distract them from their intention. These people should not get in the way, because in that case, they become ruthless and only death can stop them.

This is a powerful aspect of courage and fearlessness, and as you were able to see this is what makes them winners in the work area of their lives, they are blessed with talents and what is even more important is their ability to fight like no one else in their surroundings.

However, this is the aspect that also strengthens the crazy part of their personality, and it provides attention to all those who have no dread, and if you look at this from this perspective, such an aspect could be very suitable for all those involved in extreme sports, risking lives, fighting, boxing.

Just like you can see in the example of the most famous boxer in the world, Muhammad Ali, that has this aspect, it is good for everyone to start practicing, moving, and enrolling in some martial arts to take a bold step forward.

So, in this square position, Mars takes the place of a driving force, and it has a position of breaking through established boundaries, overcoming obstacles, and the planet Pluto that is also in this square is the representation of the boundary that separates the planets of the solar system from the outside Cosmos.

It is a very interesting planet that refers to the emergence of something that connects us to our ancient predecessors and heredity.

Also, its symbolism is related to the processes of transmutation and transition of matter into constituent parts, decomposition of matter (or end in some way, or death).

When we say a square position, it means that it reflects the meeting of two planets at an intersection. They go at the same speed in different directions, and when they meet, neither will favor the other, but they cross each other on the road and threaten to collide with energy.

In the case of Mars and Pluto, it is point-directed power that endeavors to publish itself in comparison that matches atom splitting and a nuclear detonation.

This is where the driving energy of an individual meets the power that he carries in genetics in the form of one of his dominant ancestors, who strives to determine him and direct him to pursue something that started this long ago.

Now, this means that when such a position is active, we can follow the path we have set even if it goes in a different direction from the path directed by the record in the genes.

This is the time to face the internal struggle with the basic instincts and the desire to overcome them and develop better survival skills than their predecessors.

In the end, have in mind that the planet Mars here brings one very raw energy and even if they are in a conflict Pluto’s energy will act on Mars as a black hole that sucks into everything within its reach and will consume all of Mars’ energy.

In this case, the unfavorable power of the opposition will only strengthen the relationship of this aspect and proceed to immerse within it, within the person who has this aspect in their natal horoscope.

This is the time where it is possible for all those who are affected by this aspect to act on other people by exhausting them through aggressive acts, or their energy will be constantly drained by other people.

Most often, this will manifest itself as self-destructive energy, but you should have one thing on your mind, this is the aspect that gives you also the power to overcome such destructive tendencies, and to resurface as the winner of your life.