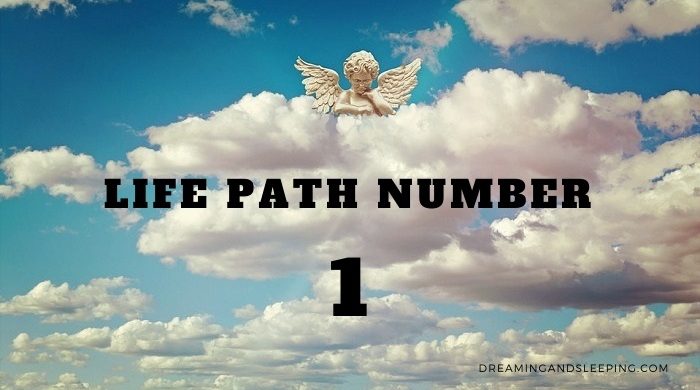 1 is the leader’s number. The Way of Life 1 are independent and hardworking people, they want to be the best and their ability to focus makes them succeed.

Life Path Number 1 – What Does It Mean?

One belief they have is that they are not as good as they really are, because they have a perfectionist, demanding and critical internal voice with themselves and expect others to live up to these high levels that are imposed.

If they have not worked this part well, you can find them judging and judging others with ease. They are pioneer, innovative and capable of great successes.

It is not easy for them to ask for help because they want to solve problems in their own way and when they decide how to deal with a situation they will hardly change position.

In love, they strive to give their best and will encourage their partner if they see her down or in trouble. They must work to control their temperament, since they can be very stubborn and closed with their ideas, being able to be hurtful with their partner.

Happiness and compatibility with numbers 2 and 6, which are very adaptable and comprehensive and will never attempt to excel or dominate.

They need the serene balance of these numbers but they should try to be more delicate and not hurt their feelings because they are very vulnerable and fussy.

They also empathize well with the 3 and 4 if they manage to dominate their authoritarian character and their tendency to criticism. Generally, the 3 do not affect these characteristics of the 1 because it “happens” of everything, but can generate rebellion and resentment in the 4, although they need their order, discipline and method. 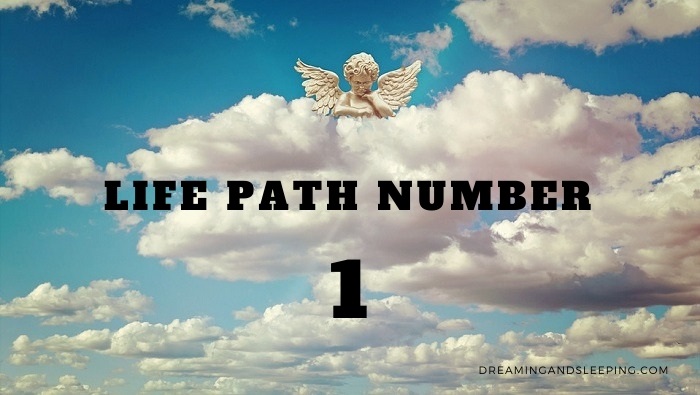 They will understand each other well with the 5 because both have the same audacity and recklessness, although they can also collide for more or less the same reasons. Both take their lives by assault and dare to everything.

They feel united to the 7 for their brilliant intelligence and intellectual interests, but often the introverts and analytics 7 do not share their desires for notoriety, although they are amazed by the self-confidence of the 1 and should learn from them.

People 1 should avoid at 8, 9 and those of the same vibration. These unions can be problematic and stormy since their characters are as strong as yours. The stubbornness of 8 can make them crazy and collide frontally trying to impose both.

The 9 show them their mistakes and are frank and direct to the ego of 1. With a person of the same vibration they usually collide, but sometimes they complement each other well.

The Secret Meaning and Symbolism

Extraordinarily individualistic, independent and autocratic does not accept coercion or interference of any kind and rebels against any domain or authority. He has trouble accepting orders from people he considers inferior to him in any way.

Obstinate and difficult to influence normally does not follow the instructions or advice of others because it insists on marking and following its own path, since a number 1 has come to send and not to abide or follow others.

He also has the courage, the decision and the ambition that help him achieve the goals he sets and his dynamic and outgoing personality inspires and encourages others to give their best.

Authentic, dynamic, charismatic and constructive leader, his brilliant and advanced ideas open the way to others and his energetic and positive personality is easily imposed because it radiates security and has great convincing power.

The 1 is enough for himself at all times thanks to his great self-confidence and that he doesn’t know about insecurity complexes. Almost always, if not perfect, he feels superior to others and wishes to stand out and be above all destiny and unique because he is horrified to be from the crowd.

This number governs mind and brain, so that his personality is intellectual, radiant, dynamic and bright; great sometimes, Machiavellian at times, pass often, and ideas are never lacking; on the contrary, they almost always sprout faster than you can put them into practice.

Among the characteristics of the number 1 stands out for being ambitious and full of bold projects and will never settle for taking the 21st place. He wants to always be the 11th and stand out in his environment. It requires that their intelligence, originality and executive and filmmaker capacity be recognized.

Although he is usually not gossipy or petty, he often criticizes acidic and almost always without diplomacy, but he has a hard time recognizing his mistakes or his faults, he tries to “turn around the tortilla.”

His scathing, hurtful and sarcastic word can be devastating when he is attacked, because he also seems to have a sense that indicates his opponent’s weak point.

Hard, cold and insensitive, he doesn’t care about the feelings of others and if other radical and ambitious vibrations appear, he stops at nothing to achieve his ends. It is a true human steamroller. Selfish, self-centered and dictatorial always tries to impose itself and carry the singing voice in everything.

When the negative part of this vibration appears, the person despises others and uses their intelligence to manipulate and dominate, believing at all times “the navel of the world.”

These negative characteristics appear especially when the person fails to occupy the rightful place due to their ability. In that case, some 1 poorly supported by other vibrations can be true sinister.

His fast and bright mind needs to express his great creative talent and his leadership skills, so that they will be attracted to occupations and mental jobs rather than physical and will always work on their own or in positions with great freedom of action.

In fact, societies are only positive in certain cases, since they tend to impose their ideas and conditions and also prefer to carve out their position in life alone.

They are almost always positive people who have the gift of the word, so they are excellent organizers of other people’s work, whom they convince of their ability and help them overcome their insecurity.

Normally spontaneous, honest and outgoing, they have a mind full of resources and always know how Step out with sharpness and imagination. When they face difficult or insoluble situations for other people, they like to show that they can solve them.

Passionate and impetuous conquer with his easy word and his brilliant personality, but sometimes they neglect to keep alive the flame of love and interest of their partner. They are almost always dominant and absorbing in all relationships, but they don’t like to be tied or dominated by them.

Being mental, rational and pragmatic people often do not get completely involved in affections and when faced with a problem related to feelings they can act with total detachment and coldness, dominated by the head and not by the heart.

Changing, possessive and jealous, (although hardly recognizable) can be extraordinarily delicate and tender at one time, or inconsiderate, abrupt and even offensive at the next.

In a relationship, people 1 are very affectionate, attentive and friendly people. They know how to take good care of the person they love and treat them like someone else in their families. Therefore, behind that breastplate of leadership and independence, lies a person with a broad desire to love and be loved.

What they can’t stand in a relationship is feeling tied and not having their plot of independence. They conceive of the couple as something else in their lives, something important, but they don’t get fully involved in them because they always want to keep that little bit of their lives for their own privacy.

In bed, they are usually very hot people because, as we have said, they have great energy and vitality.

Sometimes, they can be somewhat jealous because they are afraid that someone may harm them. The fear of deception, suffering and betrayal can make the 1 become a somewhat jealous and intense person.

However, this attitude can be fully controlled if a good love bond is established.

Zodiac signs and numerology are intrinsically related, because by means of alphabetic equivalence, each of them has a numerical value that identifies it.

In this sense, it is valid to emphasize that based on the alphabetical equivalence the number related to the zodiac sign can be determined. Precisely, each letter is assigned a certain number, which can be easily discovered by adding all the letters that make it up through which an exact result will be obtained.

The sign of the zodiac associated with the number 1 is Aries, which is considered as the pioneer of the zodiac cycle. It is a sign that acts on impulse and is absolutely energetic is always occupying the leadership role in multiple personal and work projects as it is characterized by being a born entrepreneur.

In this sense, the house one is directly related to the individual and his personal characteristics because he is vain and superficial, hiding his true Self.

The Maya created a numbering system to measure time. In this way, they had a very particular way of representing numbers, which makes them unique.

The number 1 in the Bible symbolizes unity as well as primacy. This number also means the unity between God the father and his son, who gave his life to obtain forgiveness of the sins of mankind.

In astrology the archetype of the beginning is represented by House 1. In this way, it indicates the way of perceiving the individual’s world as well as how he faces the different changes in his life. The first house also indicates the sign where you have the ascendant, which is essential as it marks the beginning of the horoscope in the natal chart.

In general, it can be said that the ascendant is the one that shows the individual to others. It is related to the birth and energy of the planets present; it is about identity, the first impression that is caused on others and how the individual is shown to the outside.

Angels and numbers are related, since they are responsible for sending signals at all times. For example, a clear angelic sign is to see the same numbers over and over again.

Precisely, the number 1 is one of the most significant at the angelic level, since the energy of that number intensifies when they come together, becoming something very powerful. You must have enough faith during the process, since everything good finally happens as difficult as it may seem.

Triple numbers are known as the number of angels, which appear when they want to communicate with people. Precisely, the number 111 is associated with the external and internal energies of individuals.

The number 111 is an inner awakening, at all levels, which can be moved to all areas of your life. The appearance of this number in the life of an individual means that everything that is proposed from now on will be fulfilled.

In this sense, you should not waste time or energy thinking about everything you do not want to happen, but quite the opposite. It must have faith that everything desired will finally happen. Everything similar is attracted due to its vibrations that is the universal law of all things.

When this number appears in a person’s life, it means that something important is about to happen and that all opportunities that appear must be taken without regard.

In general, it is valid to clarify that this number appears in times of profound changes or crises, which is a sign of good omen.

People born with the number 1 are people who, in a generic way, have some problems in the love plane.

The main drawback is that they are quite closed and, this, can cause misunderstandings or impair communication. Because they are introverted, it will cost them a lot to open up to other people, however, when they do, they really do.