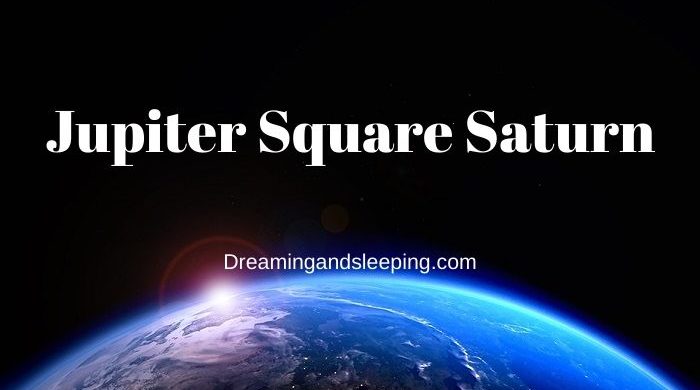 Welcome to the amazing world of astrology, and this is one very interesting and creative world that, unlike so many have its own rules, that need to be followed in every branch of it.

And the same case is with the synastry – it is the astrological process of comparing two people’s natal charts to determine the quality of a relationship or how it will fit in a more romantic relationship.

We have said once that this does not apply only for the romantic relations, but every other personal relationship.

What is also necessary for us to know is that the synastry is a more advanced astrological process, where knowledge of a minimum of basic astrological principles is required (and we will give it to you here).

So, there are twelve signs, twelve houses and ten planets are the basic components of a horoscope.

In synastry, we compare the relative positions of planets and houses by moving one horoscope to another.

Here, the two planets we want to observe are Jupiter and Saturn that create one very difficult position – the square one.

Many say that this aspect that is created between these planets is called the aspect of those who suffer, and it truly is a very difficult one.

For persons who have it in natal throughout their lives have to resolve some conflict between morality and immorality, faith and unbelief, good and evil, dissipation and austerity, optimism and pessimism, belief in themselves and listening to others, and this conflict creates a general disturbance in their consciousness.

These two planets almost sure for so different that they direct their energy not only in a different way, but in a different direction, and still here they are connected in some way.

We must say that this is the aspect that is known for the limitation, worry and fear of the future.

People who have this square in their natal charts often have a feeling that they have no control over their lives. The best thing they could do is to re-examine their belief systems, a re-examine their ideas and to move on, in some different place than the one they are in current moments.

Such an aspect could bring a lot of financial, material (Jupiter) problems, and various personal limitations (it comes from the energy of Saturn), and what is the worst-case scenario is that it brings a crisis over some long-term plans that are often connected with education, travel, money.

Famous people who have this aspect in their natal charts are Sigmund Freud, Woody Allen, Nikola Tesla, Alexander Graham Bell, Rainer Maria Rilke, Jack London, Elizabeth II, Silvio Berlusconi, Buster Keaton, Fidel Castro, Deepak Chopra, Gabriel García Márquez. Here we can some very interesting names and all of them lead lives where this aspect could be seen clearly, at least in one part of their lives.

Often this aspect that is created between Jupiter and Saturn as two very powerful but, difficult planets assumes that someone or something restrains us in life and imposes restrictions or subconsciously imposes them on ourselves. And this could have its positive side – these could be the people who are able to control their negative traits and to achieve great success in things they do like to do, in some way this is their way of control.

The main thing is that they do not allow jeopardizing that balance since there is a possibility that because of overly suppressing some needs and desire, they could crack under pressure.

The square between these planets creates internal tension above all else, but this is the energy that could be moved in the right direction, for example, for work. They can enter a creative vortex and use their powers to do something that is extraordinary in their lives, of course, if other aspects are well-developed and favorable.

For some, the dominant influence of Saturn will work, so the whole life will chase its status and position, ignoring the spiritual and higher meaning of life, or neglecting the beauties of life that Jupiter carries.

First of all, people who have this aspect in their natal charts are those who are constantly worried- they fear that if they do not save and take care of money, they will go into wastefulness, or pay for their work below cost, or do jobs that are below their ability (even though they are highly educated) just for the sake of a sense of security and stability.

This square also brings monotonous daily life, routine, healthy habits, illnesses – they could develop so many fears that are beyond any comparison, and they are ruining their lives because they cannot make up their minds, who are they.

So, the energy of this square position is the one that introduces into the story optimism/pessimism, education, looking at life, travel, other cultures, law, justice.

This is also the energy drives us to deal with some details, facts, and they can go “mad” by thinking that such a life of constant analyses will bring them anything good in life.

In fact, this leads them to the point of consciousness that slowly turns into the madness.

Even we know that Jupiter brings the energy that is basically positive, but here it is in that Saturn energy, in the energy of squares, and there is hardly any room (no matter how hard they try) for optimism in life, redress of how matters in life are doing great.

Think of this square combination as the marriage of one (Saturn) in this case that is the one that imposes rules, structure, constraints, fears, along with the responsibility of taking fate into own hands. He is the one that in this astrological marriage tempts tests, teaches and tortures when necessary.

While on the other side, we can see the planet Jupiter that is the other half of this marriage that expands, exaggerates, caricatures.

So it is no wonder why they have such a hard time in cooperating with each other.

As far as the synastry goes, depending on other aspects, and aspects of the other “factor” in some connection, many of these people will not fail in love, since some of them may have and maintain the purpose and support of the environment (Jupiter) without being a governor (Saturn).

All of us should know that in synastry, planets Mars and Venus will dispense us the level of appeal as well as sexual attraction. The Sun and the Moon on ego relations, as well as our pleasures and emotions.

Saturn usually defines endurance or limitations that block long-term happiness, while Mercury and Jupiter are less important, but they play secondary functions and can continue or deduct from the status of the link, depending on the features.

Love matters are amazing in this square, and if these people do not restrict themselves of their inner desires, they may even feel that they are lucky in everything and immerse with excessive optimism through life (Jupiter) to the constraints imposed by environment and order (Saturn).

So they can be lovely and hope for the best, and that best will come in their lives, and they will maintain happiness when they put some order in their relationship.

It is truly important that those who are affected by this square is that they do not neglect the patience, work and effort that Saturn requires to accomplish a goal, but just waits for happiness to work out and without much effort and fortunately gets what it wants (Jupiter).

Often, people with this aspect are insecure about their opinions, assessments and feelings, resulting in a lack of will to act for fear of failure or error.

This is the moment when they make mistakes in love or some other important area of life, and they lose a will to fight, and sometimes for love, for true love, you have to fight.

The only way to deal with this aspect and when it is connected to the work matters in life is to measure in everything and to believe in themselves and in the plan of the universe.

They must know that they have a purpose in life, and they must feel it all of their lives, even when they feel that the shift.

It is seen in the optimism that is not accompanied by discipline, a sense of boundary and common sense, and pessimism that lacks the slightest hope of a happy outcome.

Then they could lose faith that they will make something out of their talent that is beyond measure in some cases.

This square position is felt on both a very personal and a very global impact, and as we have said it could be seen in the financial area of their lives, where they could feel that they are losing something that they have earned and that it brings some other problems in their lives.

This could be seen the best in the saying that when poverty and misery come in their house or knock on the door, then love goes out the window.

This is so true for this square position.

This is the transit aspect, and this means, as astrologers like to say that these two planets pass (transits) some houses in the horoscope. It should be remembered that on the global level, the past is somehow present in the energy of this square.

Both globally and personally it is not a very easy period and many of us will become witnesses of the world is changing before our eyes, so all of us should be ready for such a change.

When this is translated to the life of a certain individual, it could mean that his or her life indicates that there are so many dangers around him and that there is an opportunity that his or her wealth will be reduced significantly.

This is also the aspect that affects our plans in life, and there is a chance that all of them could fail because someone would interfere with our affairs, and it will upset our mind with various mental struggles.

Also, all of us should be aware of the attacks from some high place – in the long term it could bring different kinds of misfortune, and scattering fortune with various losses, and that fortune is not always something that is material.