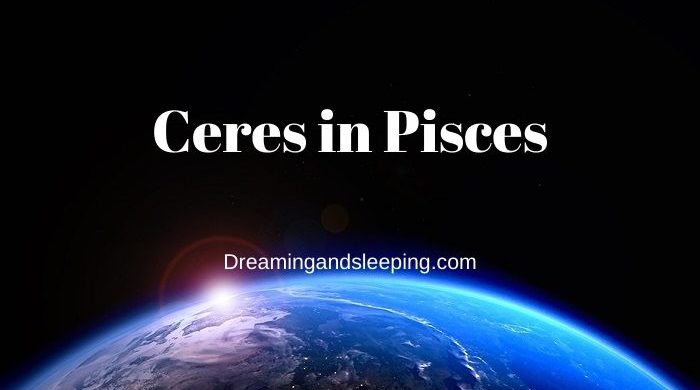 Before we saw the characteristics of the dwarf planet Ceres in our natal chart, and now we will see their positions by signs and houses. Remember that the dynamics of this star is double because it seeks to nurture but also seeks to be nurtured.

I’ve also heard that Ceres is about the talent we all have that is like a treasure that takes us out of trouble, but I haven’t found too much information about it in my studies, that’s why I don’t include that extra data in the explanations below.

As the last sign of the Zodiac, Pisces is a symbol of everything subconscious, intuitive and what is hidden in us.

These people are extremely emotional and compassionate, and their intense intuition often leads them through life.

They are remarkable for their imagination and creativity, which helps them deal with stress and more easily defend themselves against everyday problems.

Because these gentle people are true idealists, it is difficult for them to cope with reality, so they often seek escape from the problems of painting, writing, reading, while some are prone to alcohol and various opiates.

Yet, as in the animal world, there are those small and timid fishes that are easy prey, but also large sharks, true predators, who can be fierce fighters if they genuinely believe what they are fighting for and stand for.

If they got into something with a heart, rest assured that they will do it. 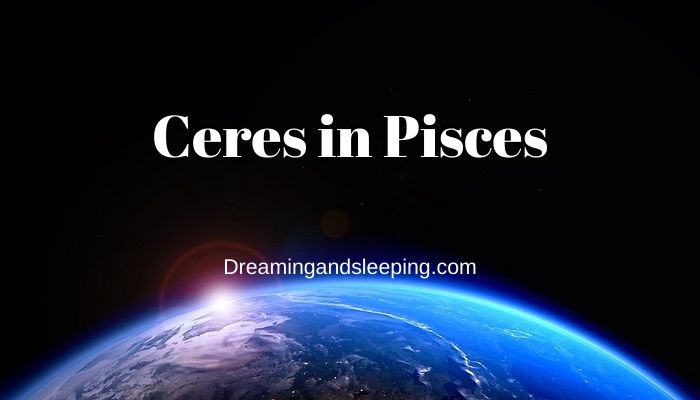 Pisces is the twelfth sign of the zodiac and is governed by the planet Neptune, which endows it with kindness, spirituality, mysticism and sensitivity. It symbolizes the individual who wants to go beyond human limitations.

People with a strong influence of Pisces in their birth chart have a lot of imagination and intuition and are usually nostalgic.

Spirituality and religion have an important role in their lives. They are in direct contact with the spiritual world, where the “cause-effect” principle is not valid.

They tend to a strong social conscience. They like to help others in a totally selfless way, since they experience the suffering of others as if it were their own, sacrificing for them.

They are like seismographs capable of detecting everything that happens around them.

They run the risk of not distinguishing where their interests end and those of others. Their desire to dissolve those limits is so strong that they can ignore their own needs to become slaves of others.

This fills them in and makes them feel great. People with Ceres in Pisces can sometimes feel helpless or abandoned.

They take time alone to overcome stress and re-accumulate energy. They love water, it soothes them.

They love everything imaginative. To fill them in and make them feel great. People with ceres in Pisces can sometimes feel helped or abandoned.

Over time, they get lonely to overcome stress and buy energy again. They love water, it soothes them.

It is usually a symbol in some religions, and is linked to the cycle of life as an evolutionary basis for the development of vertebrates and people, they have a lot of knowledge, and thus establish a stronger emotional relationship with other beings.

When it is too related to others it can make it impossible for any situation to develop.

And although this sign is known for its wisdom, they often trust people too much and too soon, so many times they are disappointed.

Under the influence of Uranus, Pisces sometimes assumes the role of martyr, even willingly, to attract attention.

If you learn to set healthy limits, you will feel comfortable in life.

Ceres seems to be very uncomfortable in Pisces, despite this being his nominal sign of Banishment.

Even so, the intense compassionate, hospitable and helpful dependencies that this position manifests can, both disperse by disorganization, and focus in the wrong directions, such as disturbing the native of his true path, and behaving hard sacrifices (which, however, would be what more desirable from the point of view of karma); all this, if the practical sense of Ceres does not translate into intuitions and tangible realities the intuitions and inspirations that the Pisces medium fosters.

It is, like many other relative cases, a position that facilitates and inclines to type XII work (in hospitals, nursing homes, psychiatric, prisons, residences, social services).

In short they are people with the ability to love unconditionally but with great difficulty to set limits. This can lead them to be in an attitude of universal nutritious mother that can deplete them energetically.

Great capacity for healing and to make those who are in contact with them feel good, they have great compassion.

They can also be messy with diets and meal times. As Ceres in Scorpio can bring their moods to food and make others perceive this energy by eating them.

An example I will give is that of US President Abraham Lincoln was the sixteenth President of the United States and the first by the Republican Party.

As a strong opponent of the expansion of slavery in the United States, Lincoln won the nomination of the Republican Party in 1860 and was elected president later that year.

During his period, he helped preserve the United States by defeating the secessionist Confederate States of America in the American Civil War.

It introduced measures that resulted in the abolition of slavery, with the issuance of its Emancipation Proclamation in 1863 and the promotion of the approval of the Thirteenth Amendment to the Constitution in 1865.

At the end of the war, Lincoln established the reconstruction, trying to quickly reunite the country through a generous reconciliation policy. His murder in 1865 was the first assassination in the United States.

The Pisces are often described as incorrigible romantics, which is somewhat true. These people cannot live without love, so they need a partner to give him all the mighty love and emotions that lie within them.

When they fall in love, Pisces becomes vulnerable, but they are not afraid to show their feelings. They are prepared for numerous sacrifices and concessions to make the loved one happy, often neglecting themselves and their needs.

It is no wonder that after a while, many Pisces feel unhappy and unhappy, since they feel that they have given a lot and have received little. Their main task is to learn to fight for themselves more and not allow anyone to exploit them.

Once they find an equal partner who will not take advantage of their benevolence and sacrifice, Pisces can be the best partner in the world to always be there with a loved one and give them unreserved support.

They know how to be possessive and jealous, but also prone to infidelity, so they need a partner who will constantly show them love, in which case

Pisces will never seek attention in someone else’s embrace. They love to be married, love children and animals, but often have mood swings and sadness that others do not understand.

They need some solitude to relax from everything and at least briefly escape the harsh reality.

Comprehension is a word that describes people born under this sign very well. Pisces as a sociable person that he is, is often in the company of different people.

Your willingness to surrender emotionally, agrees with the image of understanding others.

He likes to be someone’s support. Although they are not born leaders, their presence is important in any matter they accept.

Its ruling planet is Neptune, which manages dreams, psyche, metaphysics and creativity.

Therefore, it is more intuitive than other signs and has talents for art.